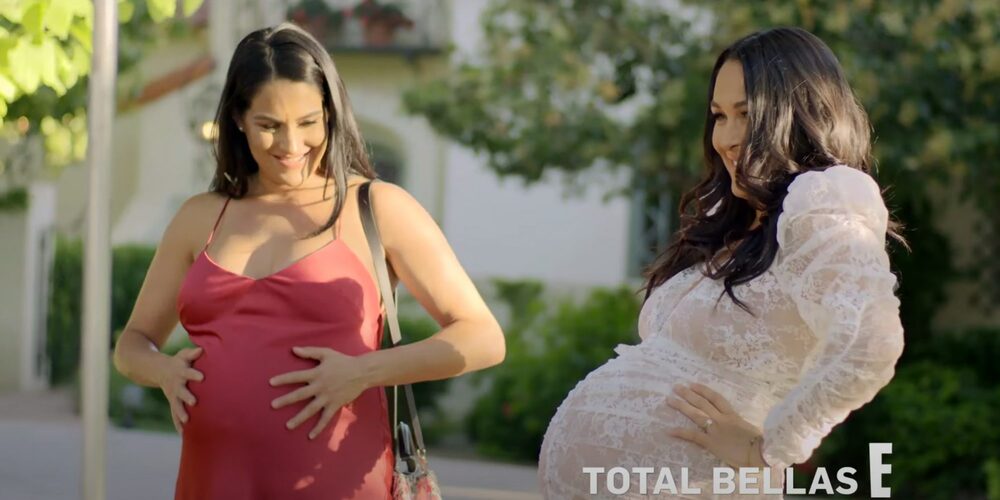 In season 6 episode 5 of ‘Total Bellas’, complications arise for the Bella clan when Nicole and Artem modify their birthing plan in order to have the baby in Phoenix. Brie worries about having to raise a baby by herself because Bryan would be hitting the road again soon. We’ve provided a detailed summary of the latest episode for your benefit, but before you check that out, let’s take you through a quick preview of the upcoming next episode. Here’s what you can expect from ‘Total Bellas’ season 6 episode 6.

Interested viewers can watch ‘Total Bellas’ season 6 episode 5 as it airs by tuning to E! at the aforementioned time and date. You can also watch the show on E! Entertainment’s official website and on the E! app. If you prefer watching the show online, you can stream it on YouTube TV, DirecTV, and Fubo TV. ‘Total Bellas’ season 6 is also available on NBC. Hulu subscribers can also follow the show by streaming the released episodes on Hulu.

‘Total Bellas’ season 6 episode 6 is titled ‘Family Ties’ and it promises to be an episode of highs and lows as one of the twins starts an exciting new chapter in her life, while Kathy gets some tough news. Here is the official synopsis as outlined by E! – “The Bella family is shocked to learn that Kathy must undergo a risky, emergency brain surgery; the Bella pregnancy journey nears the finish line as one of the twins goes into labor.”

Nikki and Artem bicker playfully as they install a car seat. Brie tells Nikki that she is anxious about having to raise the new baby by herself because Bryan would have to go back to work soon and he’ll be gone full-time. Nikki confides in Brie that she has to have her delivery in Los Angeles because of their medical insurance. Earlier they had thought that maybe they could have the baby in Arizona due to COVID, as an emergency, but Nikki’s manager confirms that it cannot be termed an emergency if her due date is two months away. Nikki and Artem have to be back in LA six weeks before her due date and they prepare to leave with a heavy heart.

Even though Brie is freaking out about being alone, she tells her mom to be with Nikki during her delivery because it’s Nikki’s first baby. The twins could potentially have their babies on the same day. Nikki and Brie video call their brother and Nikki asks him to be with Brie during her delivery and after because she is always reluctant to ask for help. Even though Artem and Nikki don’t want to leave Arizona, and Brie doesn’t want them to leave either, their time of departure finally arrives and they all hug each other goodbye.