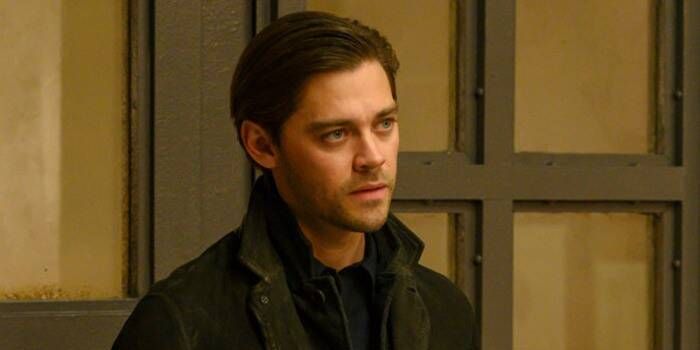 Crime drama is going to remain popular till there is no crime left in the world, a.k.a. forever. One of the many obsessions of crime dramas is serial killers. The 2019 series, ‘Prodigal Son’ is yet another crime drama that employs the serial killer premise to provide viewers with an intrigue-filled tale of investigation and suspense, set in New York City.

The show has a rather inventive premise. It follows Malcolm Bright, the son of an infamous serial killer known as “the surgeon” who is serving a life sentence for having murdered 23 people. His father was arrested as he had helped the police when he was a child.

Malcolm has not seen his father for ten years and worked as a profiler for the FBI till he was fired. Then, he starts to consult the New York City Police Department. However, things get challenging when Malcolm is forced to meet his father when a copycat serial killer appears to be using Malcolm’s father’s techniques of murder.

However, that turns out to be a slippery slope as Malcolm ends up meeting his father on multiple occasions. Not only does Malcolm have to use his father’s knowledge to solve the case he is working on, but he also has to fight his own inner demons and avoid bowing down to the sociopathic inklings that upturned his father’s life.

The show stars Tom Payne as Malcolm Bright while Lou Diamond Phillips, Halston Sage and Michael Sheen are also a part of the movie’s cast.

Where Was Prodigal Son Filmed?

Those who have viewed ‘Prodigal Son’ would have surely noticed how authentically it portrays New York City. The protagonist does work with the New York City Police Department after all. So, where is the crime drama filmed? Have the show’s makers actually filmed on location in New York City? Or have they passed off some other location as the Big Apple? Continue reading for the answers.

‘Prodigal Son’ has indeed been filmed in New York City, USA. This is the reason for the show’s setting to be authentically portrayed. Multiple places throughout the city were used to do so and the crew mostly filmed on location.

Silvercup Movie Studios is across the street from my art studio building. Today filming a TV series: "Prodigal Son" at our entrance & inside where normally quiet empty halls are filled with cables & dozens of people & equipment all over the place. @JulieGribbleNYC #film #tvtime pic.twitter.com/5bH6ko9aHm

The building portrayed in the exterior shots depicting the Claremont Psychiatric Hospital is actually the Findlay Teller Apartments on Findlay Plaza in Bronx, New York City.

Furthermore, ‘Prodigal Son’ has also been filmed at various streets in the city of New York as well. For instance, local sources have reported that filming for the show took place on Spring Street and Mercer Street on October 16, 2019. Moreover, according to local sources, the crew was spotted at Crescent Street and 34th Avenue in Astoria on October 28, 2019.

If you are a New York City resident, you might be lucky enough to run into the crew filming the show. One way to keep your eyes open for opportunities to spot on-location filming is to look out for signs that inform the public about future shooting instances in the area. These signs look something like this:

As you can see, the tweet reveals how ‘Prodigal Son’ was also filmed on E 67 Street and Park Avenue in New York City. Moreover, another twitter user also posted a picture of filming notices, as attached below:

The above tweet reveals how the show was filmed on 72nd Street.