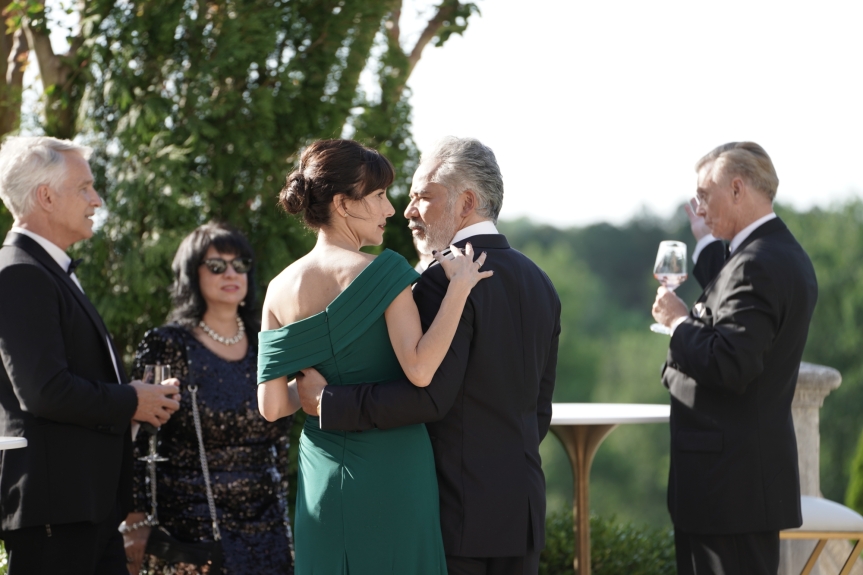 ‘Promised Land’ is an epic intergenerational saga that follows the wealthy Sandovals, a Latinx family vying for power in the Sonoma Valley in California. The ABC drama follows the ruthless patriarch Joe Sandoval and the intricate dynamics of the family and the people that surround them.

The show traces in glorious, painstaking detail the experiences and dilemmas of a broad spectrum of people, starting from the powerful central family all the way to those that work in their fields. Many of the hurdles the characters face seem quite topical to the real world, with the complexity of the narrative feeling quite authentic. Could the expansive story of ‘Promised Land’ be inspired by true events? Let’s find out.

Is Promised Land a True Story?

No, ‘Promised Land’ is not based on a true story. The show is written and created by Matt Lopez, who also helms the production as showrunner. The idea for the series first took root when ABC approached Lopez to develop a drama centered on a Latino family, and the latter responded with his vision of a sweeping multigenerational story. According to its creator, the narrative contains classic themes like ambition and power, which are also relevant in the present day.

Though the story of ‘Promised Land’ is fictional, it is also driven by a need to express and portray real experiences. Lopez is a third-generation American and recounted a moment of inspiration as he watched a group of laborers, realizing the only difference between them and him is the passage of time. The stories of immigrant families and their gradual integration into America over generations are firmly embedded in the spirit of the show.

In fact, as briefly mentioned earlier, the show explores the experiences of a wide range of Latinx characters, starting from the powerful Sandoval family to the laborers (many of them undocumented) that work for them. The vineyard setting of the show, while hinting at Lopez’s fondness for ‘The Godfather: Part II,’ also allows the story to explore wealthy Latin elites and struggling undocumented immigrants at close quarters with each other.

The Latin aspect of the show isn’t just skin deep either, as ‘Promised Land’ features a predominantly Latino cast, crew, and writers’ room. In fact, the entire production team reportedly refers to each other as “La Familia,” and Lopez recalls how members of the team often relate their personal experiences (or the experiences of their families) to what is depicted on the show.

Despite its fictional origin, the show has a very palpable authentic feel because it is genuinely steeped in the Latino experience. It also grapples with issues like immigration, which are long-running discussions in modern sociopolitics and are especially relatable to many parts of the Latino community. What makes the show especially relatable is that such issues are approached from the perspective of the multiple families that populate the narrative.

Thus, creator Matt Lopez’s show attempts to fold in a broad spectrum of experiences by focussing on an intergenerational Latino family and exploring their complex dynamics in detail. It uses timeless themes and a sweeping story arc to study the changes families and their members undergo over time. With a writer’s room, cast, and production team that bring an innate wealth of real-life Latino experiences to the project, the fictional story of ‘Promised Land’ feels very authentic, indeed.