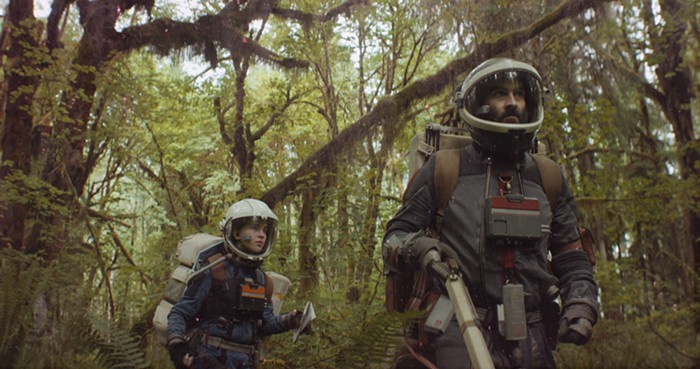 ‘Prospect’ is a science fiction thriller that revolves around a teenage girl and her father as they make their way over to a foreign moon to harvest some treasure. Directed by Zeek Earl and Chris Caldwell, the film is very plot-focused and lets the characters further the narrative. It is definitely a unique piece in the genre and stars Pedro Pascal, Sophie Thatcher, and Jay Duplass. In case you’re wondering about the complex ending, we have got you covered! (SPOILERS AHEAD!)

Damon, and his teenage daughter, Cee, don’t have the most loving relationship. Stuck in the confines of the space pod, she seeks solace in music and writing, whereas the father relies on alien drug-like substances. Cee wants to go back to Kamrea, where the family lived when her mother was still alive. But the sad reality is that she needs to embrace their nomadic lifestyle now.

The next day, the two arrive on the surface of a moon that is covered with poisonous spores after their landing pod suffers a technical malfunction, rendering them off-course. Then, the father and daughter set out on foot and see an abandoned dig site. After cutting a fleshy substance with excellent precision, Damon extracts a precious gem.

Cee wants to head back to the pod to not miss the slingback. Since Damon has been hired to retrieve even bigger gems from the fabled land called Queen’s Lair, he wants to continue with their journey. But lo behold, they encounter two strangers on their path – Ezra and his silent companion, Oruf. After a dramatic altercation between the group, only Cee and Ezra survive. The film explores their relationship also makes us wonder if the girl can finally trust the man for the sake of the mission.

After facing a few perilous situations together, Cee starts opening up to Ezra and tells him about her favorite book based on a group of friends called ‘The Streamer Girl.’ Damon always told her that reading and writing the same book again and again was a waste of her time. Instead, she should have used that time to build some life skills. Cee feels guilty and says that if she had heeded her father’s words, then he might still be alive today. But Ezra tells her to not go down that dark and twisted path. Instead, he accepts the blame for the incident. 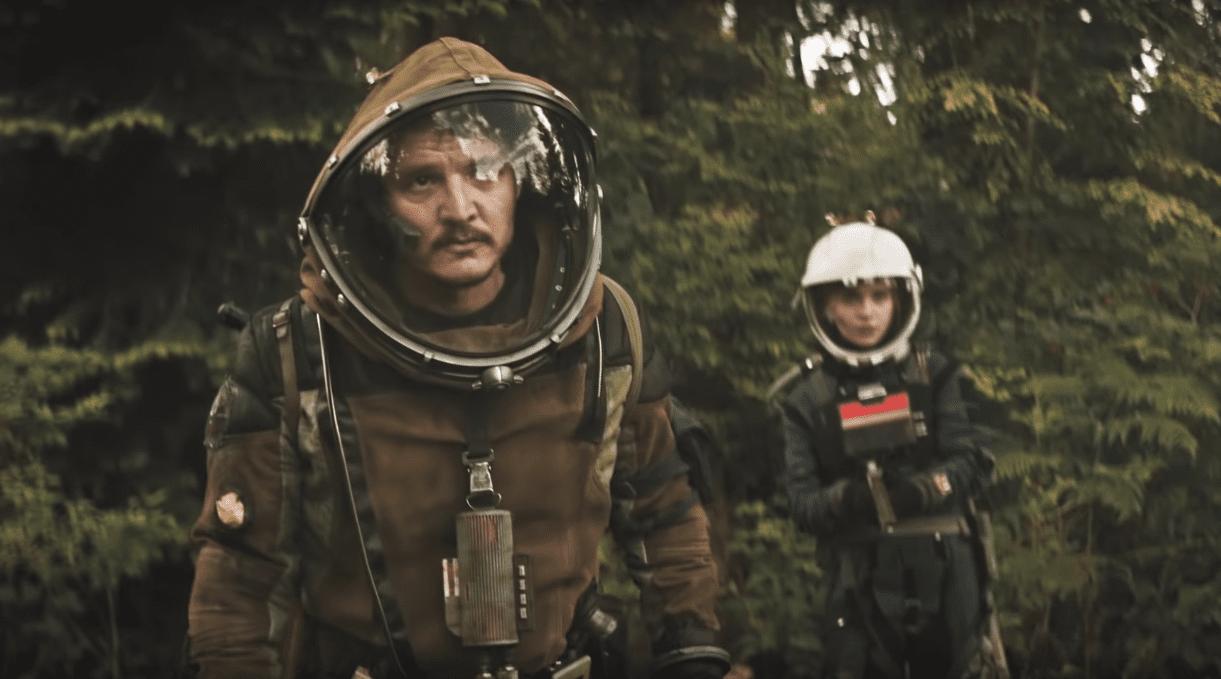 By night, the companions find the group of mercenaries for whom Damon had to carry out the dig. Ezra assumes the dead father’s identity, and in exchange for his talents, bargains for a spaceship that will take Cee and him into orbit. The mercenaries are quite opposed to this plan and tell the pair to stick to what was agreed upon. However, Ezra does not back down easily. He politely threatens them to come up with a solution for the problem, following which, Ezra and Cee head to the digging site.

Unfortunately, having amputated his arm before, Ezra is unable to retrieve the gem successfully. In fact, he botches both attempts, which makes the guard suspicious. To try and salvage the situation, Cee takes the reins. She tries her hand at retrieving the gem but also fails. Before the mercenary can get his colleagues’ attention, Ezra and Cee attack the man. But reinforcements do show up, and thus, Cee creates a distraction so that they can take cover. 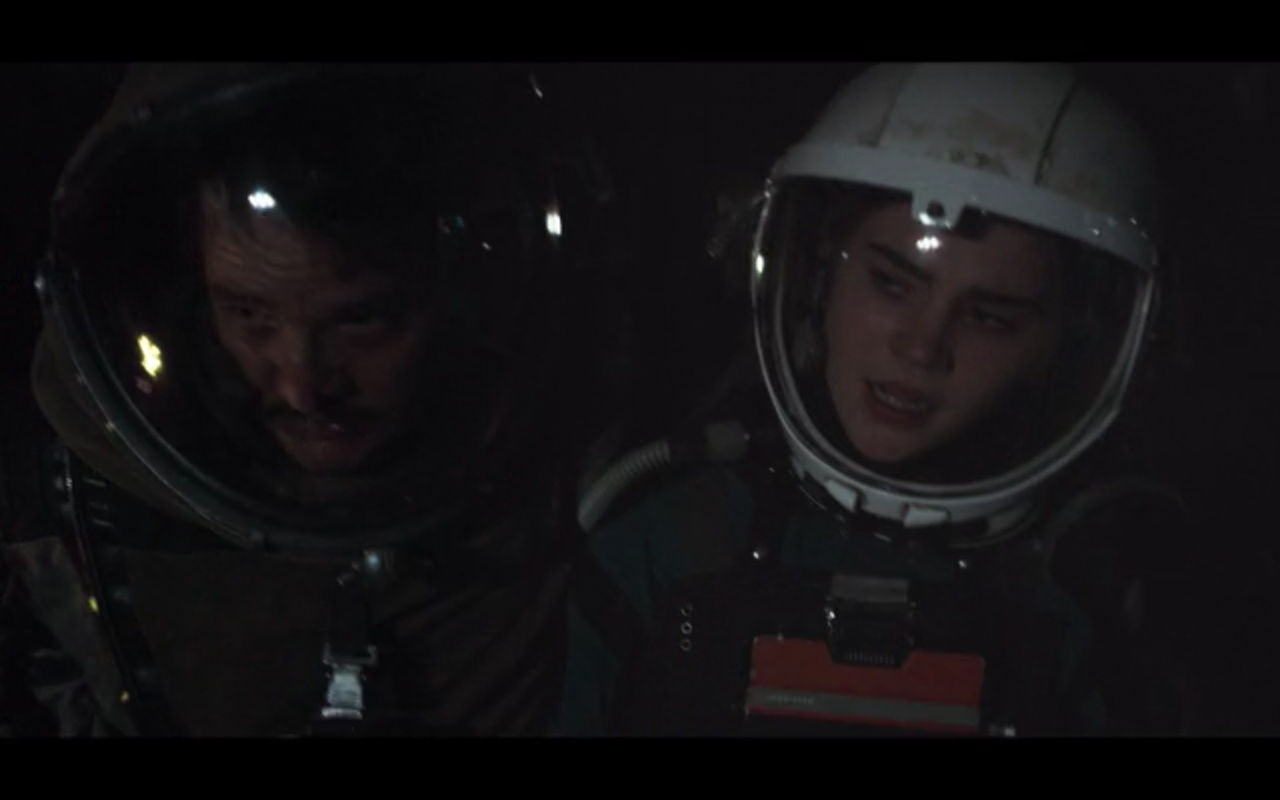 Before Ezra can launch his attack on the enemy, an alien mercenary stabs him out of nowhere, injuring him severely in the process. He is able to kill his foe and tells Cee to grab the gun and escape. She then goes to get supplies and heads back to Ezra to give him some medical attention. Following this, the two make their way back to the pod where they see the man covered in pink powder attack one of the mercenaries. Once in orbit, Cee smiles.

The Wordplay on “Prospect” 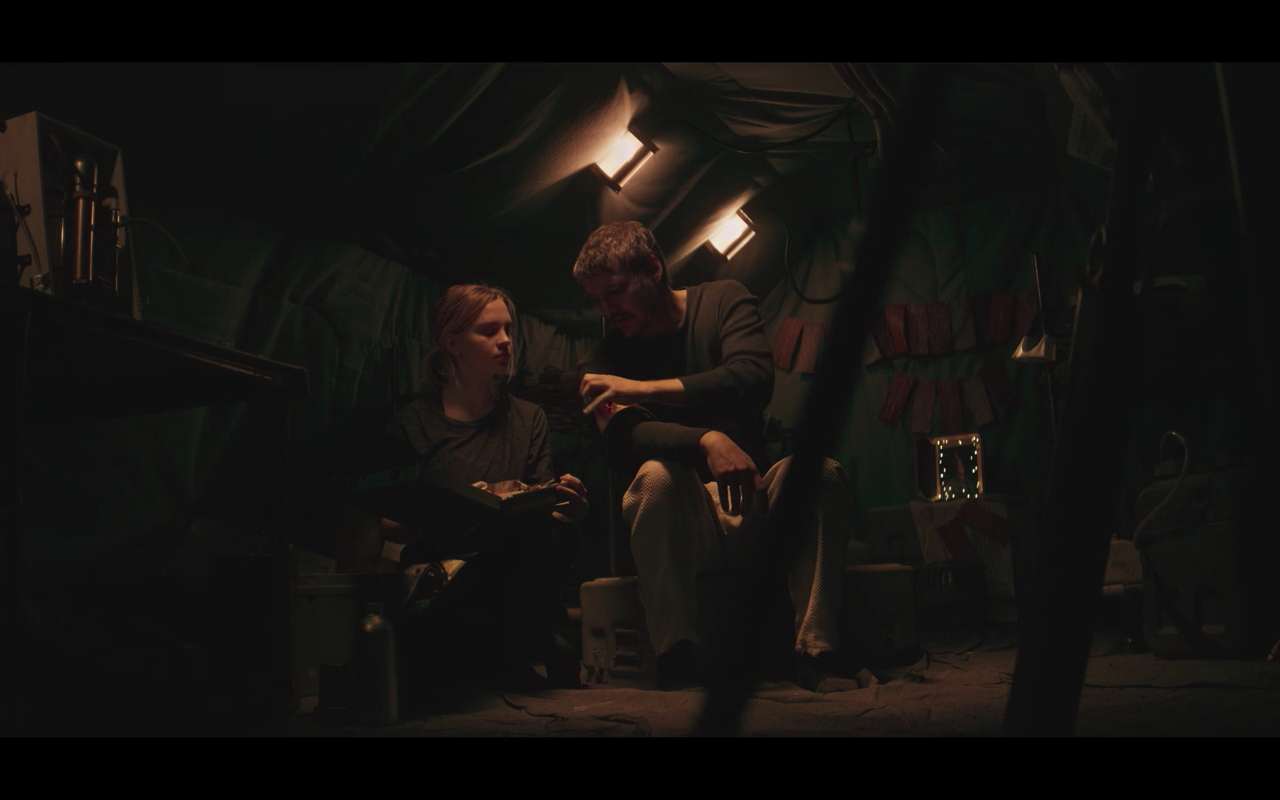 Let us preface the discussion by saying that the ‘Prospect’ is a film that stays with you even after you’re done watching it. No, it doesn’t have flashy action sequences or the many eye-catching antics that we usually see in sci-fi movies. But the plot develops beautifully and leaves a lasting impression on the relationships between the characters. The word “prospect” means the likelihood of something happening in the future.

However, it also refers to searching for mineral deposits, and the title is a play on both these meanings. First, let’s take a look at Cee. She has a strained relationship with her father, Damon, who ends up dying on their mission. So, she will never have the chance to fix it either. Many scenes in the film point to the fact that Cee is lonely. There is a book about a group of friends in Ephrate that share very ordinary moments like graduation. She is even rewriting it after losing her copy previously.

Then, there’s the fact that Cee sticks with Ezra even though she doesn’t completely trust him. Sure, he is charming, but given that Damon dies after an altercation with him, Ezra isn’t exactly her favorite person. However, as the narrative unfolds, she slowly starts trusting him. She also shows maturity and strength by carrying out his amputation. Plus, in the climax, she is smiling, presumably because she is able to save him, even if it’s just for a moment.

Then, there’s Ezra. He is a mild-mannered and charismatic individual with a dangerous side. Even after Cee shoots him in the arm, he holds no grudges against her. In fact, he is always genuinely nice to her. It also seems to be the case that losing his limb is an acceptable price to pay in order to accompany the teenager. After all, his arm has to be amputated because of the wound she inflicts. He even asks her to leave him behind and escape from the poisonous moon while she still has a chance.

When you first meet the two characters, it feels as though the tension between them will only keep building. But as the movie progresses, you realize that their bond is ameliorating. Furthermore, if you search for “Prospector’s Booklet,” a manual created by the directors about how to get rich on the moon shows up. So yes, the prospect of making money by literally prospecting is irony that is not lost on us. However, at the end of the day, it seems as though the prospect of finding friendship and mutual respect is what really matters to our protagonists.

Read More: Where Was Prospect Filmed?