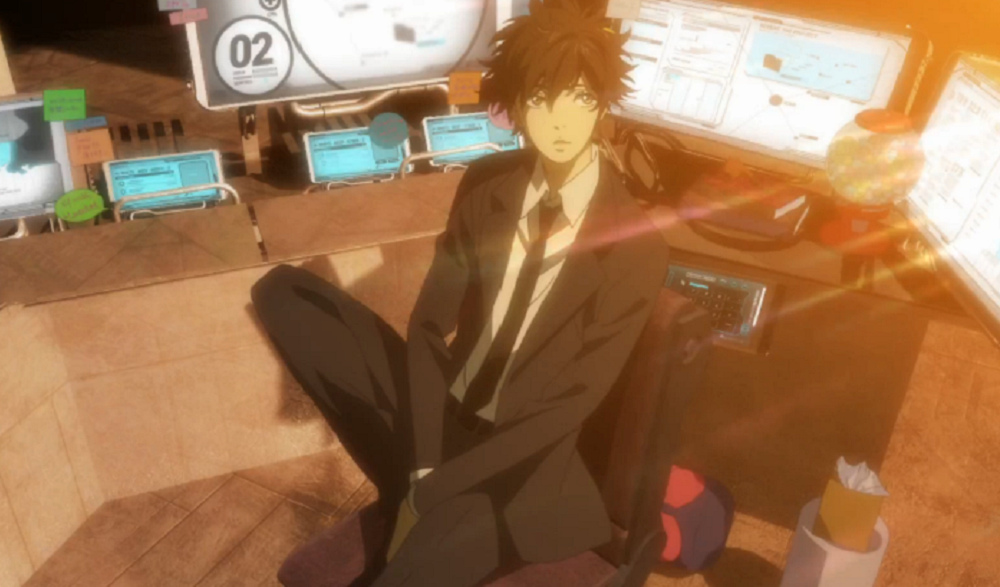 In many of my previous reviews of this season, I’ve made stark comparisons between season 3 and season 1. But now that the third season has almost come to an end, what I’ve realized is that, though season 1 was indeed brilliant in its own way, season 3 has a charm of its own which may or may not please most viewers. ‘Psycho Pass 3‘ basically defies all the norms of conventional anime shows, and with its 45-minute episodic approach, it enforces a much slower form of storytelling. But its the choppiness in this style of narrative that creates the perfect amount of tension that an actual investigation engenders.

‘Psycho Pass 3’ forces you to have a fly-on-the-wall perspective of all the events that are starting to unfold in its overarching plot. This approach can be a little frustrating for a viewer as, at times, you have absolutely no clue about what’s going on in the show. However, at the same time, it makes you one of the protagonists of the series by completely engrossing you into all of its mysteries. ‘Psycho Pass 3’ has indeed been a good time.

Aschenbach abducts Kei’s wife and tries to use her in an attempt to get some information out of Kei. He even informs Kei that he has information regarding his brother’s whereabouts, but Kei reveals nothing at all. Arata realizes that O-Brien is just being used by Aschenbach. So in order to rescue their undercover team, he sets out to apprehend O’Brien and Shinogi. Shinogi later confirms that their plan did exist and she also reveals that Arata’s father had opposed it. As soon as she informs them that BiFrost hijacked their plan and turned it into something else, an assassin sniper kills her.

Meanwhile, at the Heaven’s Leap, someone frees Kei and he then sets out to save his wife and Kisaragi. He helps Kisaragi escape the facility, who rushes back to Public Safety and informs everyone about Kei and his wife’s plight. Through a gold locket that they discover at the facility, Sindo deduces that a sixth bomber was made solely to eliminate a target that they had missed earlier. This makes him realize that Komiya’s life could now be in danger. Kei soon discovers that even Ginoza and Sugo are undercover at the Heaven’s Leap. After receiving a green flag for a raid from the Sibyl, led by Chief Shimotsuki, the members of unit two attack Heaven’s Leap. In the meantime, Arata tries to save Komiya from the next bombing.

Arata ends up finding O’Brien who turns out to the sixth bomber, and somehow, he manages to convince him to not blow himself up. Achenbach almost ends up killing Kei’s wife, but to his surprise, she snatches his gun and shoots him. At the Bifrost, Aschenbach’s mother is executed because of her impedance in the Roundrobin. In the end, only Shirogane and Homura are left as the remnants of the Bifrost.

All this while, Season 3 trolled us with all the death flags; especially with the ones that revolved around Mai’s character. It’s almost surprising how none of the secondary protagonists of the series are killed in the seventh episode. And not to mention, the way Mai manages to snatch Achenbach’s gun raises a lot of questions about her past in the military. Yet again, though episode 7 resolves a lot of plot points, there is still a lot going on and I’m pretty certain that there will at least be a follow-up movie for this season.

Arata is, of course, the most interesting character in the series at this point and the fact that he is Asymptomaniac makes him even more intriguing. Even Homura, who literally masterminded everything without disturbing his hue in any way, is clearly going to be the overarching antagonist in whatever that is left of the story. When it comes to Akane’s character, we did not really get to see much of her this season. But even now, her past is being presented as a riddle in itself and we can only hope that she’ll probably get a spin-off season or a movie of her own later on.

Overall, ‘Psycho Pass 3‘, though it has reached its finale, it is clearly far from being over. But what concerns me is how its viewership has declined lately. As much as I loved watching this season, I can understand why fans of Season 1 would have a problem with it. However, season 3 has reached way too far in terms of its storyline, and if the creators end it abruptly, it would only further dwindle its overall fan following.