Public Enemies is Based on John Dillinger’s Life. Here Are the Details. 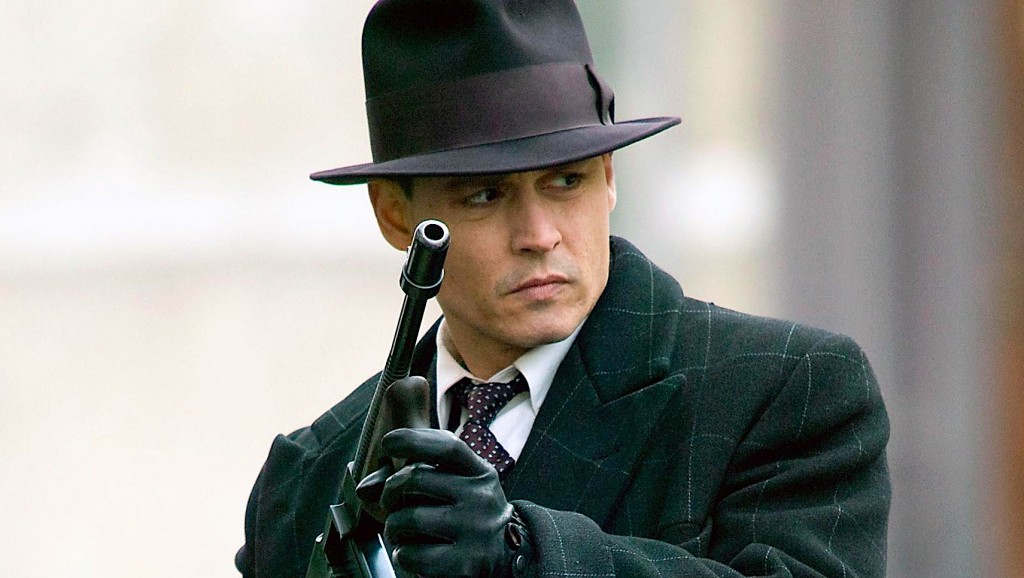 Starring Johnny Depp, ‘Public Enemies’ is a bio‐gangster film that gives you a glimpse of all the legends surrounding the life of the “social bandit” John Herbert Dillinger. The film is an absolute cinematic treat for anyone who has a knack for complex fabled tales recounting the lives of outlaws. As previously established, the film revolves around the life of a real gangster. However, one can’t help but wonder how much of the film is true and what exactly is it based on. To know the answer to these, read on.

Is Public Enemies Based a True Story?

Yes, ‘Public Enemies’ is based on a true story. As mentioned before, it depicts the life of gangster John Dillinger and the struggles faced by the FBI to bring him down. For the most part, the movie works closely with all the events mentioned in Bryan Burrough’s book Public Enemies: America’s Greatest Crime Wave and the Birth of the FBI 1933-1934. ‘Public Enemies’ comes with the “BASED ON A TRUE STORY” intertitle pretty much like every other gangster movie out there. And though it is, to an extent, true to the gangster’s life, it takes several historical liberties of its own.

Many aspects of John Dillinger’s life still remain unknown. More so, some still believe that he is still alive even though the FBI claimed that he was shot dead in Chicago. Although several accounts of his crimes are backed up with meticulous historical research, his escapes, robberies, FBI evasions, and most of all, his motives abound several conspiracy theories. This, in itself, gave the creators of the movie enough freedom to imagine portions of the gangster’s life.

So, in conclusion, on the surface, the film’s portrayal of cars, locations, and the overall period setting are very close to reality. Case in point: Chicago’s Lincoln Avenue, where John Dillinger died, was very well restored in context with real events, and even his infamous Crown Point Indiana jailbreak has been traversed quite well to the screen. Even so, the inaccuracy of the film lies in its details. In other words, as coined by a Bryan Burrough from LA Times: “Yes, there is fictionalization in this movie, including some to the timeline, but that’s Hollywood; if it was 100% accurate, you would call it a documentary.”

Who Was John Dillinger?

Born on  June 22, 1903, in Indianapolis, Indiana, Dillinger’s childhood was not all sunshine and rainbows. When he was four, his mother passed away. His father later got remarried, and reportedly, Dillinger did not share a very pleasant relationship with both his father and step-mother. Later, in 1923, Dillinger joined the US Navy but ended up deserting his unit soon after. Following this, he returned to Indiana, told everyone that he was discharged, and married 17-year-old Beryl Hovius. This marriage only lasted for 2 years.

In Indianapolis, Dillinger dipped his feet into the world of crime after he accompanied Ed Singleton, an ex-convict, in a grocery store heist. Young and ignorant, Dillinger got into a brawl with the owner of the store and his gun went off. Although no one was killed, his partner left him stranded at the spot and Dillinger received a 10-year prison sentence. While in prison, he further delved into crime by learning a lot from the experiences of seasoned bank robbers. Four years after the inception of the Great Depression, in 1933, he was released and without any delays, he started executing his plan of sending arms to his friends in prison to plot an escape for them.

Unfortunately, before he could pull it off, his old house was raided by the cops, following which, he was sent to Allen County Jail. But now that his allies knew of his loyalty, they broke into the jail dressed up as cops and helped him escape. This escape marked the genesis of his bank-robbing career. Reportedly, through his bank heists in the Midwest, John Dillinger was able to stack up more than $300,000. During his robbery of First National Bank in East Chicago, Indiana, he even shot a police officer, which added murder to his lengthy rap sheet.

John’s last bank robbery was at the Merchants National Bank in South Bend, Indiana, where he shot another policeman. As a result, a $10,000 reward was placed on his head. One of Dillinger’s friends, who believed that her illegal immigration would be dismissed if she helped the FBI, tipped off the cops. He was then caught outside the Biograph Theater in Chicago where he attempted to flee but was shot dead. To this day, some believe that the man shot dead by the FBI was not Dillinger but his look-alike. However, no one knows for sure if it was him or not.

Check out John Dillinger’s death mask in the image below: