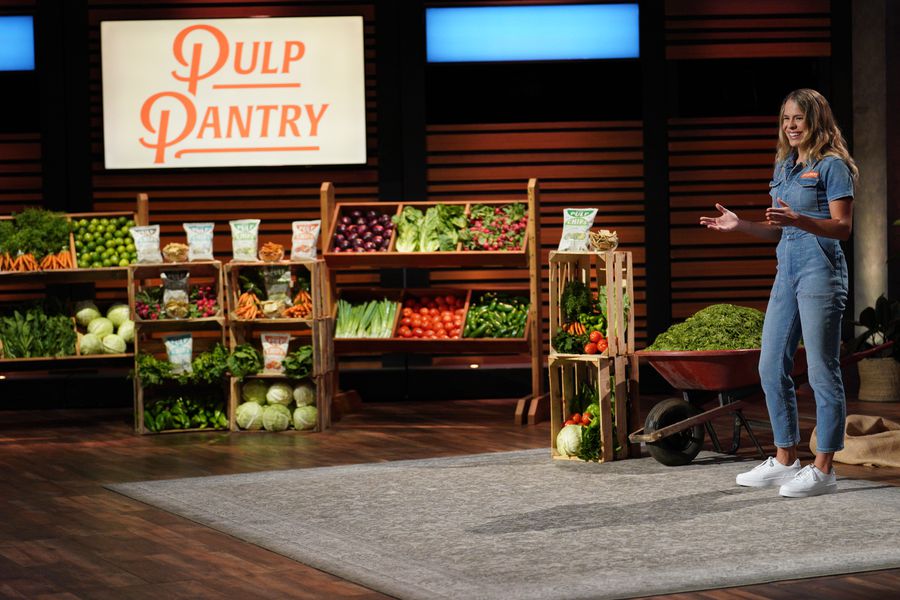 The issue of food wastage and its effect on the environment has been quite worrying for a long time. However, in ‘Shark Tank‘ season 13, entrepreneur Kaitlin Mogentalle introduced a new and unique way to combat such wastage through her venture, Pulp Pantry. Although it comes across as a chips and snacks manufacturer at first glance, it is more than that.

All of Pulp Pantry’s chips are made from fruit and vegetable pulp, which would otherwise have ended up in a landfill. While the chips look delicious, the ethics behind the operation is what piqued our interest. So, we decided to find out everything there is to know about the company!

Pulp Pantry: Who Are They and What Do They Do?

Interestingly, Kaitlin Mogentalle, the mastermind behind Pulp Pantry, did not have experience in the food industry before starting her venture. She completed her Bachelor’s Degree in Environmental Studies from the University of Southern California in 2015 and even pursued some coursework in Urban Design, Environmental Management, Geographic Information Systems, and Earth Sciences from the University of Queensland.

While at university, Kaitlin worked as a Volunteer Strategist for ThinkImpact, which gave her some much-needed and invaluable experience early on. Besides, she was also employed as a Teaching Assistant at the Garden School Foundation from August to December 2014. Once Kaitlin completed her Master’s, she realized the effect food and vegetable pulp waste have on the environment and thus, established Pulp Pantry in September 2015.

On the show, Kaitlin mentioned that the idea for Pulp Pantry came to her when she was watching a friend squeeze fresh juice out of a carrot. Since her friend had no idea what to do with the pulp that was left behind, Kaitlin took it home and made carrot cookies with it. The cookies tasted fantastic, and the people she fed them to could not decipher between ones made from a whole carrot and the ones made from the pulp. This success made Kaitlin realize that she could turn her idea into a business.

According to Kaitlin’s research, the United States wastes almost 40% of its annual food supply, and the most significant contributors to this waste are fruit and vegetable leftovers. Moreover, while the pulp is perfectly safe to reuse, it turns harmful and creates poisonous methane gas when dumped in a landfill. Thus, willing to solve both issues with a single masterstroke, Kaitlin introduced Pulp Factory, which prides itself on making all of its snacks from fruit and vegetable pulp.

Kaitlin sources fresh pulp from large food manufacturers and turns them into tasty and healthy chips. Moreover, as the chips are made from 100% natural pulp, they contain zero harmful chemicals and can be consumed safely by everyone.

Where Is Pulp Pantry Now?

Pulp Pantry was received quite positively upon its release, and consumers were quick to adapt to the unique snack, which claimed to solve a serious environmental problem. Moreover, in order to keep up with the demand, Kaitlin chose to increase the variety of chips and has even set her mind to coming up with new forms of snacks for people to enjoy. In fact, Pulp Pantry featured quite prominently in reputable publications like LA Weekly, SnackNation, and NPR.

At present, Pulp Pantry products are found on Amazon as well as their official website. In order to increase sales, Kaitlin teamed up with several retail chains and food delivery services. The products are now also available for purchase on Go Puff, Juicepress, and Urban Outfitters, in addition to several brick-and-mortar stores throughout the United States.

The chips come in four different flavors, namely Salt ‘n’ Vinegar, Jalapeño Lime, Sea Salt, and Spicy Barbecue. Interested customers can purchase the snack in packs of 4, 6, and 12, costing $20, $30, and $55, respectively. Additionally, one can opt for the monthly subscription service, which offers some discounts. Pulp Pantry’s success is a result of Kaitlin’s dedication and the important environmental problem it solves. Therefore, further growth of the business is imminent.