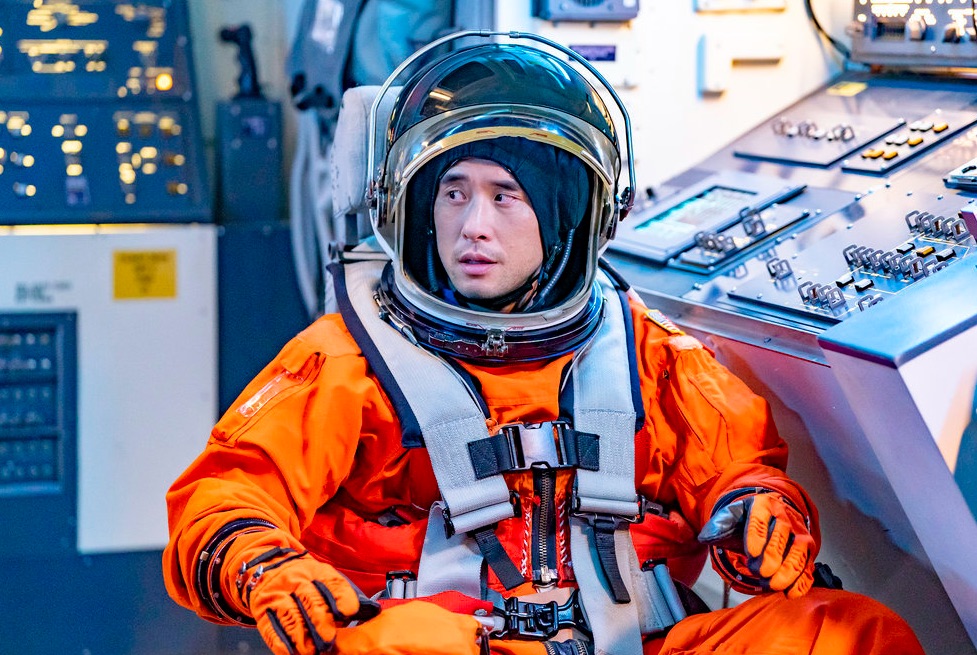 NBC’s ‘Quantum Leap’ restarts the time travel project that was shut down after Sam Beckett didn’t return from his leap. Now, a similar situation is recreated with Ben Song leaping into the past without telling his team anything about it. In the second episode, suspicion starts to turn towards Ben, as compared to the benefit of the doubt that his friends had been giving him for now. Ben’s secret connection with Al Calavicci’s daughter also raises a lot of questions, while barely any progress is made on the front of getting Ben back home. Here’s what the events of the second episode mean for him. SPOILERS AHEAD

With his second leap, Ben finds himself aboard the Atlantis space shuttle in 1998. He is in the body of David Tamara, a young scientist who was on his first voyage to space and had died under circumstances whose nature was not divulged by NASA. Now, it turns out that Ben has only a few hours to save not just David but the entire crew of Atlantis. They are running out of oxygen, a huge chunk of space debris is headed their way, and the window of landing back on Earth is closing soon.

Back home, Addison is rattled by the fact that Ben kept a huge secret from her. After a thorough search of their house, she finds Ben’s USB but is scared to know what’s in it. She keeps it a secret from others, especially when she discovers that Jen and Magic want to bank on Ben’s amnesia for as long as possible. They worry that Ben jumped into the past with violent intentions and as long as he doesn’t remember what he was supposed to do, everyone is safe. On discovering his connection with Janice Calavicci, they try to find her in the hopes of getting some answers.

Quantum Leap Episode 2 Ending: How Does Ben Save David?

Ben finds himself in an impossible situation with David, especially when he has no idea what his role is on Atlantis. While Addison helps him figure out David’s job, Ben starts to remember minor details about his life. He remembers that David Tamara had been his role model growing up and that he had emigrated from Korea when he was little. Addison is delighted to know that he has started to remember things and while she tries to push him towards remembering more, she later accepts that her team has shown better judgment on that part.

When the captain of the ship falls unconscious after an accident, it falls on his young protege to keep things in line. When Ben discovers that the space debris has caused enough damage for the ship to be destroyed when it enters the atmosphere, she decides to take a different route. The best option they have right now is to ask for help. If they push on and enter the Earth, there is a good chance that they will all die. The problem is that their nearest neighbor in space is the Russians, and the captain is not very keen to ask them for help and be an embarrassment in the process.

This tussle in decision-making requires Ben to step in. He convinces the captain that his protege is right. There is no harm in asking for help, especially if it means that they can get out of it alive. However, things take a more difficult turn when the Russians don’t respond to their SOS. While the others think that the Russians are simply ignoring them and leaving them to die, Ben realizes that they are not answering because they are asleep. So, he takes a leap of faith by flinging himself across the distance between the two ships and lands on the door of the Russian spacecraft. Fortunately, someone lets him in and the Atlantis crew is saved.

Back home, Addison realizes that she too needs to trust her friends. She hands over Ben’s USB and the team discovers that Ben had a sort of a map of all the locations in time that he could leap to. One of those locations has been marked and it is most likely that Ben wants to jump there, but for now, there is no way to know what that location is and why Ben wants to go there. It also becomes clear that leaping in time is something that Ben wanted to do by himself, and was not coerced or made complicit by anyone else. A short conversation with Janice reveals that she wasn’t the one who asked Ben for help. In fact, it was the other way around. Keeping it a secret from his team, he approached her and they worked together to get him to leap in the past. However, she doesn’t tell them why Ben wanted to go in the past, and more importantly, why he thought it needed to be kept a secret from the people he’d known his entire life.