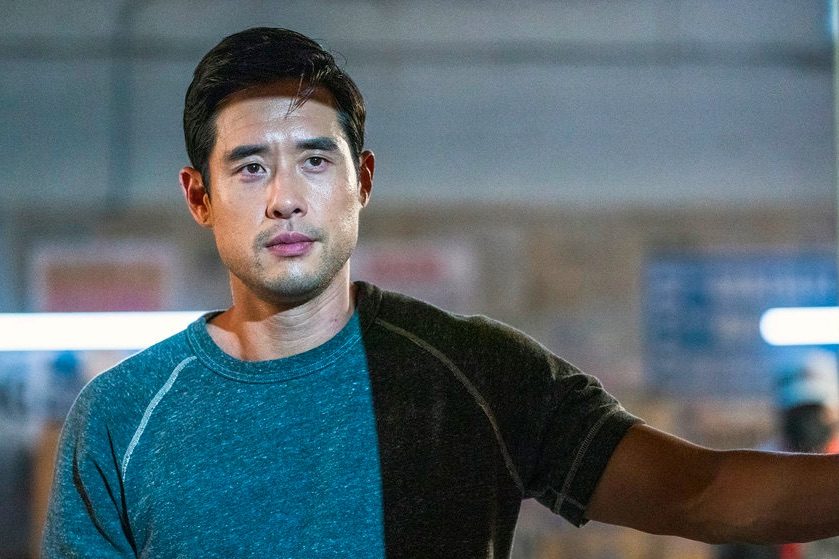 NBC’s ‘Quantum Leap’ follows the story of Ben Song, who has leaped in time, and his team, who are trying to bring him back home. While the first two episodes set the ground rules for Ben’s leaps and what it means for his future travels, the third episode expands the story by revealing a few more things about Ben and his secrets. Its main focus is, still, to solve the mystery of the week and get Ben out of whatever situation he has landed himself in now. But it also drops some important hints about him and his journey, ones that might not only affect his travels to the past but also his relationships in the present. Here’s what that ending means for him and his accomplice, Janice. SPOILERS AHEAD

Ben Song finds himself in 1977 Vegas, this time in the body of Danny Hill, a young boxer who is poised for the fight that will decide his future. As he and Addison try to figure out the problem in Danny’s life and how to solve it, back home, more secrets about Ben come to light. In the hopes of bringing him home as soon as possible, Addison overexerts herself and realizes that she needs to take care of herself, as Ben might not be coming home anytime soon. It looks like his code has set him on a path that will take a lot of leaps for him to reach his destination.

At the moment, however, he needs to become a world-class fighter within a day, if he is to survive this leap. Following the events of the previous episode, we also see the return of Beth and Janice Calavicci, though it looks like Beth doesn’t want Janice to go forward with her plans. The daughter, however, pays no heed to her mother, which makes us more suspicious of her goals. What does Janice really want out of Ben’s time leap?

The plot of ‘Quantum Leap’ thickens with the third episode as Ben’s team discovers that his time leaps are not random. In the previous episode, from Ben’s USB drive, they discovered that several points in time had been marked by Ben, one of which is his destination. At first, it was believed that Ben had no control over his leaps, but now it turns out that even though he has forgotten his purpose, he might actually be in control of where he lands next. Studying the pattern of his previous travels, Ian discovers that the path is similar to the one that a satellite would take in order to fling itself farther in space.

Leaping too far back into the past could have been dangerous, and doing it for the first time might have left Ben entirely unprepared for the task that has led him there. This is why he mapped out a way to make his way into the past slowly by gaining momentum from smaller leaps. Now that the team knows the journey Ben has planned to take, they might be better prepared to track his future leaps. In time, perhaps, this will also give them an idea of Ben’s true mission. This new information gives Addison and the others hope about bringing Ben back home, but there are a couple of other problems that have reared their head.

The most crucial thing that makes Ben’s life easier during the leaps in Ziggy. The supercomputer not only tells Addison where Ben has landed but also figures out what he needs to do to get out of there. It provides all the relevant information that becomes instrumental in getting Ben out of tight spaces. But this time around, Ziggy was not at its best. It was rather slow in processing the information that could make or break Ben’s mission, and he and Addison had to rely on their wit to solve the challenges at hand. While Ziggy’s condition is baffling, Ian soon finds out why the supercomputer is not at its best. It looks like someone else has a back door into Ziggy and they’ve been using it to serve their own purpose. That person is, unsurprisingly, Janice.

It is no secret that Ben and Janice collaborated, following which Ben leaped in the past. Previously, Janice told Magic that it was Ben who came to her for help, but now, it looks like she wasn’t telling the whole truth. Despite knowing that her mother’s house might be under watch, Janice takes the risk to visit Beth and after drugging her, she steals the stuff that Al had been hiding all this time. It looks like he had crafted a machine of his own, without the knowledge of the government.

At the end of the original ‘Quantum Leap’, Sam Beckett was still stuck in time, and it makes sense that Al would have tried to find a way to bring his friend home. Because the project was shut down, Al had to continue it on his own, but clearly, he didn’t succeed. Now, his daughter has taken over the reins and she is ready to do whatever it takes to see it through. Now that Janice has her father’s handlink as well as an imaging chamber, she has the means to communicate with time travelers. She will definitely use it to communicate with him (or with a certain time traveler who’s still lost in time). Her access to Ben implies that she might jog his memory and put him back on the original plan, which means that the clock is ticking for Addison and her team to figure out what Ben and Janice are really up to.