Queer Eye: Where Are They Now? Where is the Fab Five Today? 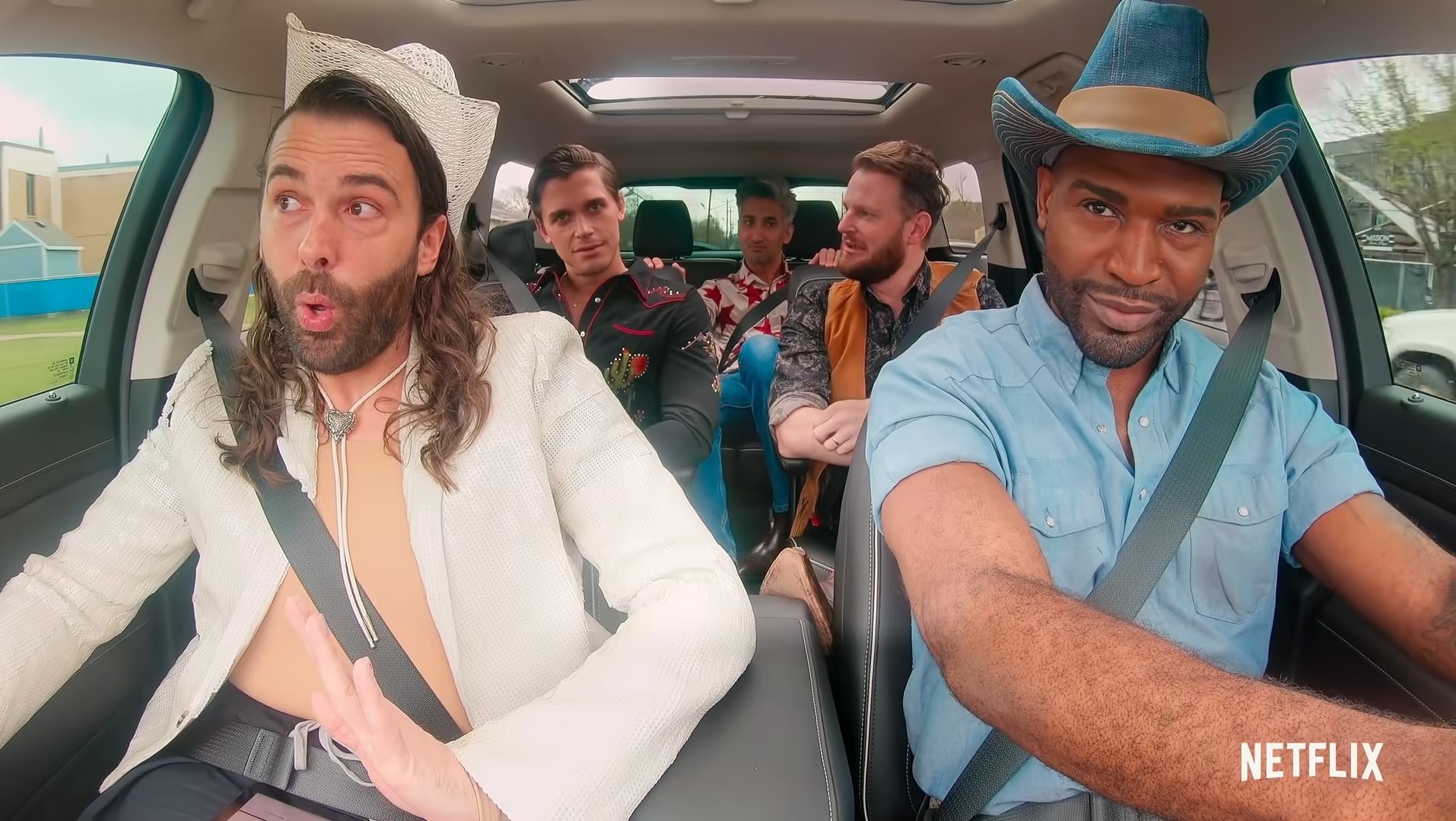 ‘Queer Eye’ is an incredible and moving experience that follows the “Fab Five” as they navigate various states, interacting with strangers who often share beliefs different from theirs. Consisting of Antoni Porowski, Bobby Berk, Jonathan Van Ness, Tan France, and Karamo Brown, the five are always on the lookout for anyone in need of some self-love in the form of a lifestyle makeover. Transcending all boundaries and classifications, the group comes together to spread nothing but joy within the community. With the Fab Five helping others find happiness, fans have been curious about their present whereabouts. Well, let’s find out, shall we?

Where is Tan France Now?

Tan France is an incredible fashion designer and author who is considered the fashion expert within the Fab Five. Tan is now married to Rob France, and the two divide their time between their home in Utah, as well as Los Angeles and New York City. Although Rob is a registered full-time pediatric nurse by profession, he is also an outstanding illustrator on the side as his social media account testifies to his talent.

Tan and Rob appear to be very much in love and are thrilled to share a life together. They even became proud parents to their son, Ismail France, in July 2021 and since then seem to have embraced fatherhood. Moreover, besides his Fab Five duties, Tan even owns and operates his apparel brand, WAS HIM, and is quite an established author, having authored and published his memoir ‘Naturally Tan.’

Where is Bobby Berk Now?

The resident design expert among the Fab Five, Bobby Berk, is a distinguished interior designer and author. He now resides in Los Angeles, California, with his husband Dewey Do, whom he married in 2012. Initially, the couple was based in New York City before moving to Los Angeles in 2018. Unfortunately, Dewey is quite private when it comes to his personal life and has a limited presence on social media.

Still, reports say Bobby’s significant other is a highly successful maxillofacial surgeon. Apart from his role in the Fab Five, Bobby writes an interesting blog and is also an entrepreneur, having launched the Bobby Berk collection, which has a range of products from furniture to art.

Where is Antoni Porowski Now?

Antoni Porowski is a celebrity chef and author who has also dabbled his foot in modeling. Considered the food and wine expert on the Fab Five team, Antoni shines in the kitchen and even has several popular cookbooks to his name. Although not married as of the moment, Antoni is in a beautiful relationship with Kevin Harrington, whom he has been dating since October 2019. Kevin is into Advertising and Marketing and is based out of New York City, where he works as a Creative Strategy Director.

After making their relationship Instagram official, the two have attended various events together and seem quite in love. Besides, with the couple set for the long run, fans have also speculated about a supposed marriage being on the cards. Although the speculation is still unconfirmed, Antoni has been living a wonderful life with his significant other, and we wish him the very best for the days to come.

Where is Karamo Brown Now?

Karamo Brown is responsible for leading the Fab Five on the correct path when it comes to culture and lifestyle. A TV personality and actor, Karamo Brown is quite a fan-favorite cast member on the show. The Fab Five member was leading a happy life with his fiance, Ian Jordan, when the couple suddenly took the decision to split in the summer of 2020. Karamo and Ian got engaged in 2018 and were looking forward to sharing a life together.

However, covid posed as a spoilsport, and after postponing their wedding once, the two decided to call it off. Although Karamo stayed single for some time following his breakup, he now seems to be in a blissful relationship with Los Angeles-based photographer Carlos Medel. Besides, Karamo is also an established author and the host of his own podcast.

Where is Jonathan Van Ness Now?

A celebrated hairdresser, podcast host, and actor, Jonathan Van Ness has established his place within the Fab Five as the grooming expert. Moreover, Jonathan has also tried his hand at writing and has authored quite a few well-received books. In 2020, Jonathan married his best friend, Mark Peacock, and the two seem blissfully happy together.

They are also pretty comfortable sharing their love on social media and do not shy away from the public sphere. Although the couple doesn’t have any children as of the present, they consider themselves proud parents of their dog, Elton. Additionally, Jonathan is involved with hosting his podcast ‘Getting Curious With JVN’ and owns and operates his haircare company, JVN Hair.