Are Rachelle and Chase From 16 and Pregnant Dating?

When the American reality series ‘16 and Pregnant’ premiered on June 11, 2009, the audience were skeptical about its influence on youngsters and their outlook on the “babies begetting babies” problem. However, the show’s social impact has only been positive as it does not glorify teenage pregnancy but puts it forward in its rawest form. Returning to MTV after a six-year hiatus, the reboot edition has managed to garner the love and support of fans.

It covers in greater detail the trauma, siblings and soon-to-be grandparents go through after learning about the unplanned pregnancy. The California-based young parents, Rachelle Perez and Chase Keough’s story aroused sincere concern among the viewers after seeing the suffering and pain the young mom’s family was going through. But did the stressful situation break the new parents apart?

Rachelle and Chase: 16 and Pregnant Journey

Rachelle Perez was 19-years-old when she found out that she was expecting a child of a man she had only started seeing 30 days back. Rachelle’s Guatemalan parents, Meryn and Marvin, became an additional source of worry for the poor girl. She suffered from bouts of depression and her detachment from her family worsened the situation. While genuinely concerned for their daughter’s well-being, they could not restrain themselves from mentioning that the teenage mom had let the family down. Her sister, Iris, loves her but felt disappointed and sad thinking about Rachelle. 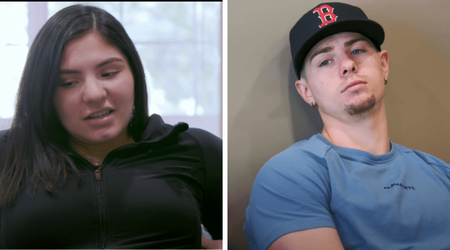 She was left with no option but to move in with her boyfriend to ensure a healthy and peaceful pregnancy. Thankfully, Chase Keough stepped up and took care of his responsibilities as a father and partner. The 22-year-old began working as a full-time electrician, leaving home at the crack of the dawn and coming back late. The former football player had graduated from high school in 2015 and was still figuring out what he wanted to do professionally. He was forced to put all these plans on hold. So, the frustration seemed apparent in his treatment of Rachelle.

Some even accused him of exhibiting controlling behavior, which led to numerous fights between the two. It also looked like he was emotionally absent from his girlfriend’s life and behaved irrationally after seeing their baby’s ultrasound picture. Chase received a harsh backlash for calling the unborn baby-girl “fat” and blaming the mother for her not looking more like him. Did anything help them patch up all their differences, or did the couple eventually call it quits?

Are Rachelle and Chase Still Dating?

Fortunately, things changed for the better after they welcomed their adorable daughter, Boston Sofia, in January 2020. Rachelle has confirmed that she is going strong with her baby-daddy while the young parents are still trying to iron out their mutual disagreements. She is well aware of the fact that they did not share an amicable equation during the show’s filming, but it is surely a thing of the past.

They shared a strained relationship but after having Boston in their lives, the two have significantly grown closer to each other. Chase and Rachelle still have a few fights from time to time, yet they are not aiming at being the “perfect” couple but only happy. The young father was a fitness freak before he had to take the reins of his growing family. Now, he has had the opportunity to work as a personal trainer while adeptly providing for his family.

Read More: Are Briana and John Still Together?