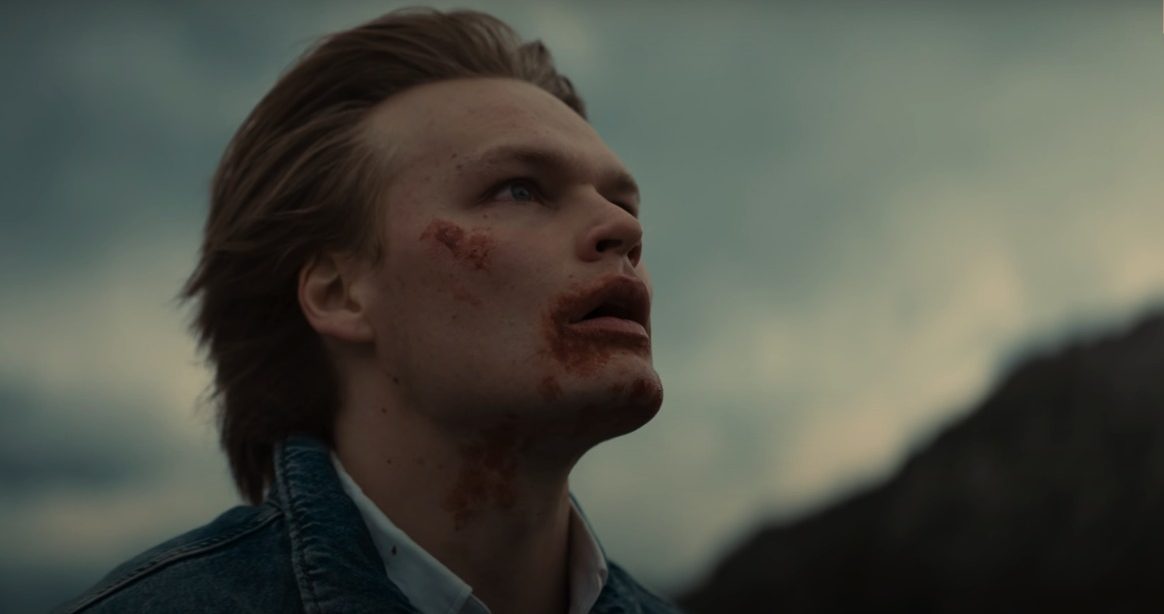 ‘Ragnarok’ season 2 continues the modern-day origin story of the Norse god Thor and his ancient battle against the giants, represented by the vainglorious Jutul family. Set amidst an increasingly turbulent world where people are beginning to revolt against the irresponsible destruction of the planet by industrial conglomerates, Magne tries to come to terms with the gravity of the task in front of him. The gods and monsters that inhabit the remote town of Edda have begun to reveal themselves and are heading towards an inevitable and almighty clash between good and evil. Let’s dig deeper into the epic modern tale of Norse mythology that is ‘Ragnarok’ season 2. SPOILERS AHEAD.

‘Ragnarok’ season 2 opens in the aftermath of Magne’s clash with the head of the Jutul family, Vidar. They both survive, and Vidar promises to kill Magne by the next new moon. Magne, in preparation for the impending battle and on the urging of his advisor Wenche, begins to look for recruits and finds Iman, who can influence people’s minds with her power.

Together, they get a local mechanic to forge a hammer for Magne, but it does not function as described in the mythological tales that Magne has been reading. Wenche is soon killed by Ran Jutul, but not before she passes her powerful pendant to the old drunk Wotan, who then realizes that he is the all-seeing god known as Odin.

Meanwhile, Jutul Industries faces a massive backlash following the discovery of them polluting the town’s water. Edda is overtaken by a wave of environmental consciousness, and amidst protests against the company, even Vidar’s son Fjor abandons the family. The Jutul patriarch then finds a son in Magne’s brother Laurits, who, as it turns out, is Vidar’s illegitimate child. He initiates his new son into the cult of the giants and awakens Laurits’ dormant powers. Laurits then sees his true persona as Loki.

Tensions between the Jutuls and Magne continue to escalate, and after multiple skirmishes, Magne and Vidar finally clash. The battle is short-lived, and Vidar is killed when Magne impales him on an ancient ax, one of the few weapons that can kill gods and giants. Laurits is horrified at the death of his newly revealed father, who was his gateway to wealth and power. He calls Magne a murderer, and wracked by guilt, Magne prays until he loses all his powers.

Fjor, who had initially broken ties with his family, decides to come back to avenge his father’s death and takes over the running of Jutul Industries, which frustrates Saxa. He also sidelines Laurits, who continues to try and include himself in the Jutul family. Magne’s younger brother is further crushed when he is impeded by Wotan from joining the gods because of his traitorous nature. Thus, his allegiance continues to be fluid.

Magne finally realizes that he must reacquire his powers and, with the help of Iman and Wotan, breaks into Jutul Industries’ old factory, where the family hides the eternal flame. He uses the flame to forge his hammer and eventually gets his powers back. He returns home just in time to see his brother being assaulted by Ran and Fjor. In anger, Magne throws his newly forged hammer, splitting their car in half. However, the giants survive. With both sides now rearing to go to battle, ‘Ragnarok’ season 2 closes with Laurits releasing his sinister-looking pet, a gigantic tapeworm that he birthed, into the sea.

In parallel with ancient Norse mythology, the story of ‘Ragnarok’ continues to build towards the fateful eponymous event, which destroys the world. The town of Edda is described as the site of the original “Ragnarok,” or the great battle between giants and gods. With the giants’ camp established as the Jutul family from the very beginning, as the show proceeds, we see more and more hidden or dormant gods join Magne’s side. Whereas Magne’s channeling of Thor, the god of thunder, complete with his hammer that always finds its target, is quite clear, let’s see which other gods have appeared.

Laurits is Magne’s brother and a half-giant who was born as a result of the giant Vidar’s encounter with Magne’s mother Turid many years ago. More and more, he is seen following the myth of Loki and becoming the shifty half-god-half-giant whose loyalties remain perpetually unclear. He is even seen actively fulfilling the myth by injecting himself with Wotan’s blood and birthing a giant tapeworm.

Loki, in Norse mythology, is associated with mischief and cunning as well as being the father of Jörmungandr — the gigantic sea serpent also referred to as the “World Serpent.” Laurits’ fluidity in his appearance and sexuality, which he acknowledges, reflects the trickster god who is known for being able to change his appearance and gender.

Additionally, Wotan, after Wenche’s death, is revealed to be Odin, the Norse war god and father of Thor. Like Odin, who gave up an eye in exchange for great wisdom, Wotan also is one-eyed. He also refers to Magne as his son, and it is worth noting that Magne’s real father is rarely shown. Though Wenche doesn’t describe herself as a particular god, she has some traits in common with Frejya, the goddess of fertility and war, who also had a valuable necklace like the kind Wenche is seen to have. However, Wenche also turns into an eagle, a symbol that is separately associated with vision and leadership in Norse mythology. 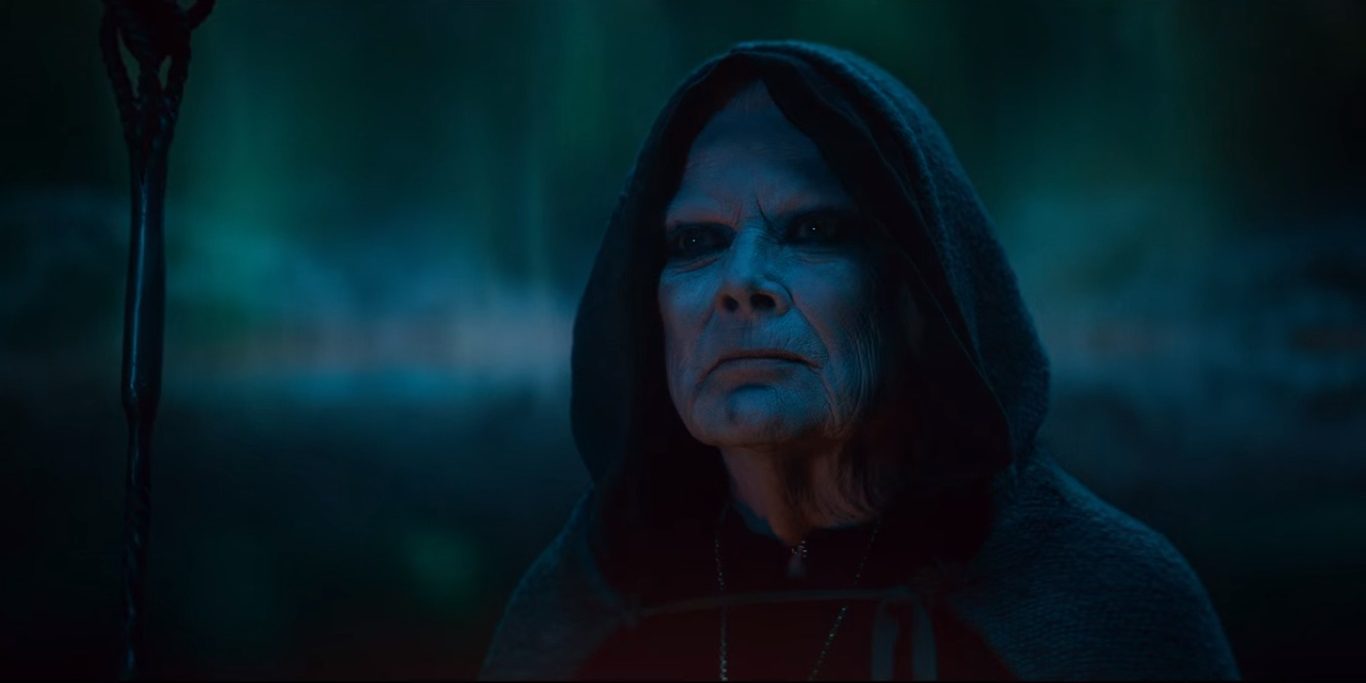 Other potential gods who have revealed their powers but remain unexplored so far include Iman, who can influence people’s minds, and the mechanic who has a strong will that enables him to never give up. Signy, a girl in Magne’s high school, also appears to know of the impending battle though her powers haven’t been revealed yet. The dwarf doctor that works at the care center where Wotan lives is also described as a dark elf and helps Magne forge his hammer, much like the elves that helped forge Thor’s hammer Mjolnir.

What is Laurits’ Pet’s Significance?

Laurits’ “pet” is the impossibly large tapeworm that he births and subsequently raises in his room. So large is the parasite that the doctors that extract it say that it is the largest ever to be recorded in the world. By the time Laurits releases it into the sea at the end of season 2, it has grown even larger and has many rows of teeth.

Laurits’ pet is first mentioned when he asks his high school history teacher Erik about Loki giving birth to a snake. Laurits, inspired, then compares his own sexual fluidity with the god’s. Much later, he is seen consuming tapeworm medication, which results in him birthing the massive tapeworm. In Norse mythology, the serpent birthed by Loki, called Jörmungandr (which roughly translates to “huge monster”), is a massive serpent that grows to be large enough to encircle the Earth.

The largest and most notorious of all monsters, it is eventually killed by Thor during Ragnarok but manages to fatally poison the god in the process. Though it is unclear whether Laurits is aware of his pet’s potential notoriety, he recognizes that it is special and is seen to be very attached to it. In the final moments before releasing it, Laurits is seen whispering in the Old Tongue, “Grow yourself big.”

Who Can Stop Magne Now?

With his powers returned and him now being equipped with a hammer seeded with ancient artifacts and forged in the eternal flame, Magne is more powerful than he has ever been. Even without the hammer, he was seen to be a worthy opponent to Vidar, who appeared to be the most powerful of the Jutuls. The way Fjor and Ran scatter to save themselves from Magne also shows that the surviving members of the Jutul family are no match for him. So, what could stand in the way of the budding God of Thunder now?

A lot, it seems. Magne has still not made his peace with the fact that as a god, he will be required to kill. He continues to vehemently oppose the act as evil and is likely permanently scarred by the repercussions of him killing Vidar. This is also a significant aspect in which Magne continues to be different from the Thor of Norse mythology, and when faced with the ruthless giants who will not hesitate to kill him, he might be at a disadvantage.

Magne is also seduced by Saxa, who has shown herself to be ruthlessly cunning in her search for power. Though he doesn’t agree to join her, he does hold a soft corner for her, which she will most likely try to exploit. Magne’s biggest threat, however, is his brother Laurits. As explained to the Jotuls by the mischievous half-giant, he is the only one that knows of Magne’s weakness. This is also why Ran and Fjor spare Laurits’ life. It is likely that to save his life, Laurits has agreed to help the Jutuls defeat Magne. He is also secure in the knowledge that Magne would never hurt him. Despite his motivations remaining elusive, therefore, Laurits continues to be the chink in Magne’s armor.