Where is Raised by Wolves Filmed? 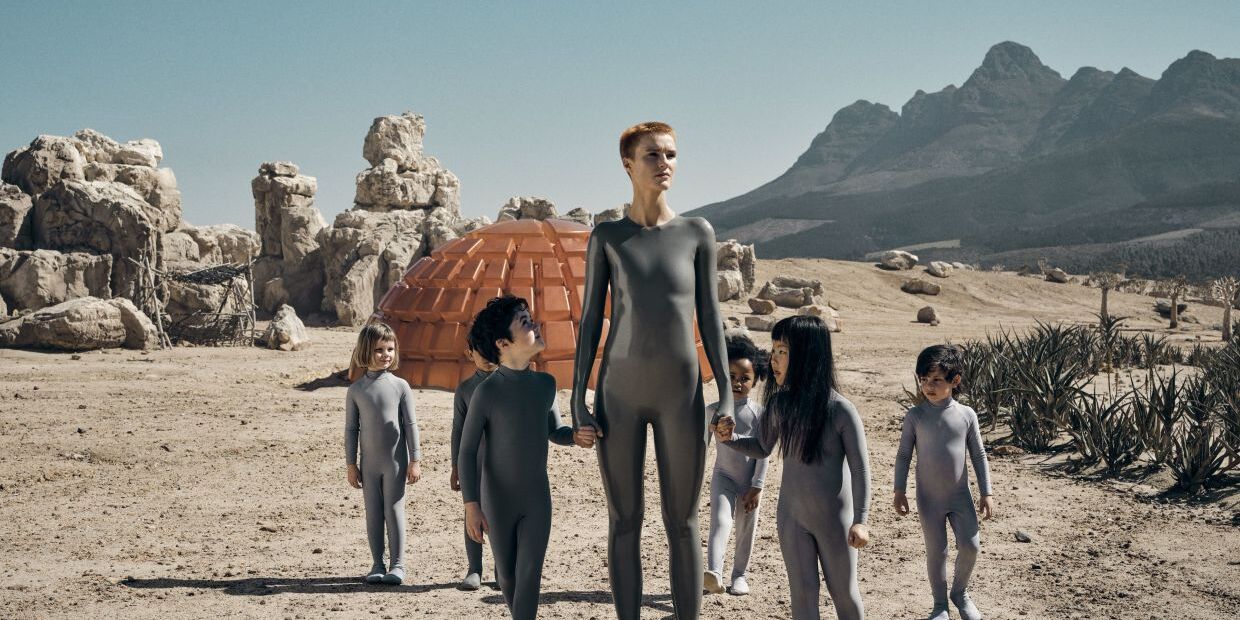 ‘Raised by Wolves’ is a science fiction drama that follows two humanoid androids named Father and Mother who crash land on planet Kepler-22b after Earth becomes unfit for living, bearing the responsibility to raise several human embryos and train them to restart a new life in the isolated location. Their life is disrupted when an Ark filled with the sun-worshipping Mithraic religion arrives on the foreign planet, looking for food and other means of survival. When the Mithraic warrior and his men pose as a threat to their settlement, Mother and Father map out a plan to keep them away from their land but it does come with sacrifices. Curious to know where ‘Raised by Wolves,’ is filmed? We have got you covered.

Upon its release in August 2020, the series was appreciated owing to the performances of the main cast members, grittiness, and expansive setting. It has been created by Aaron Guzikowski, while ‘Alien’ and ‘Blade Runner’ director Sir Ridley Scott serves as the helmer of the futuristic series, along with several other directors. ‘Raised by Wolves’ is filmed in the Republic of South Africa, the southernmost country in the continent of Africa. Here are the specific filming sites of the series!

For filming the first season, the production department flew down to the legislative capital of South Africa – Cape Town. Raised by Wolves is extensively filmed in Film Afrika studios, located in Cape Town.

While filming season 1, one of the leading televisions and film production and servicing companies in the country, Film Afrika, was appreciated for taking a step towards environmental sustainability by teaming up with The Bluewater Trailers. The company proved beneficial in preventing the crew from using single-use plastic water bottles. Here’s a picture shared by Amanda Collin, who plays Mother in the series.

She also shared a few on-set pictures and videos that depict the fun the cast and crew had while shooting in Cape Town. A 100m x 30m painted backdrop, over bluescreen was used to reduce the VFX budget, while they also made use of artificial light sources, LEDs, and organic plasmas to enhance the production quality of the series.

During the shooting of the first season, the filming department set up a base on a remote desert location, lying north of Cape Town. South African province of Western Cape is surrounded by the Indian and Atlantic oceans and also comprises many isolated deserts. Therefore, it served as the primary filming site in season 1.

Located 50 km east of Cape Town, Stellenbosch served as the background of several scenes in season 1. Here’s a stunning on-location picture shared by Erik Messerschmidt, the cinematographer of the series!

Episode 9 of the first season was filmed in the city of Somerset West in the City of Cape Town metropolitan municipality.

Filming began around January 2019 and wrapped up on September 13, 2019, and Abubakar Salim, who plays the father in the series shared a picture with the main cast and crew members, alongside a heartfelt caption that read: “What a beautiful life-changing experience. I’ve made relationships that will last for life on this job and I can not express how excited I am to share the work I’ve been doing on this with you all.”