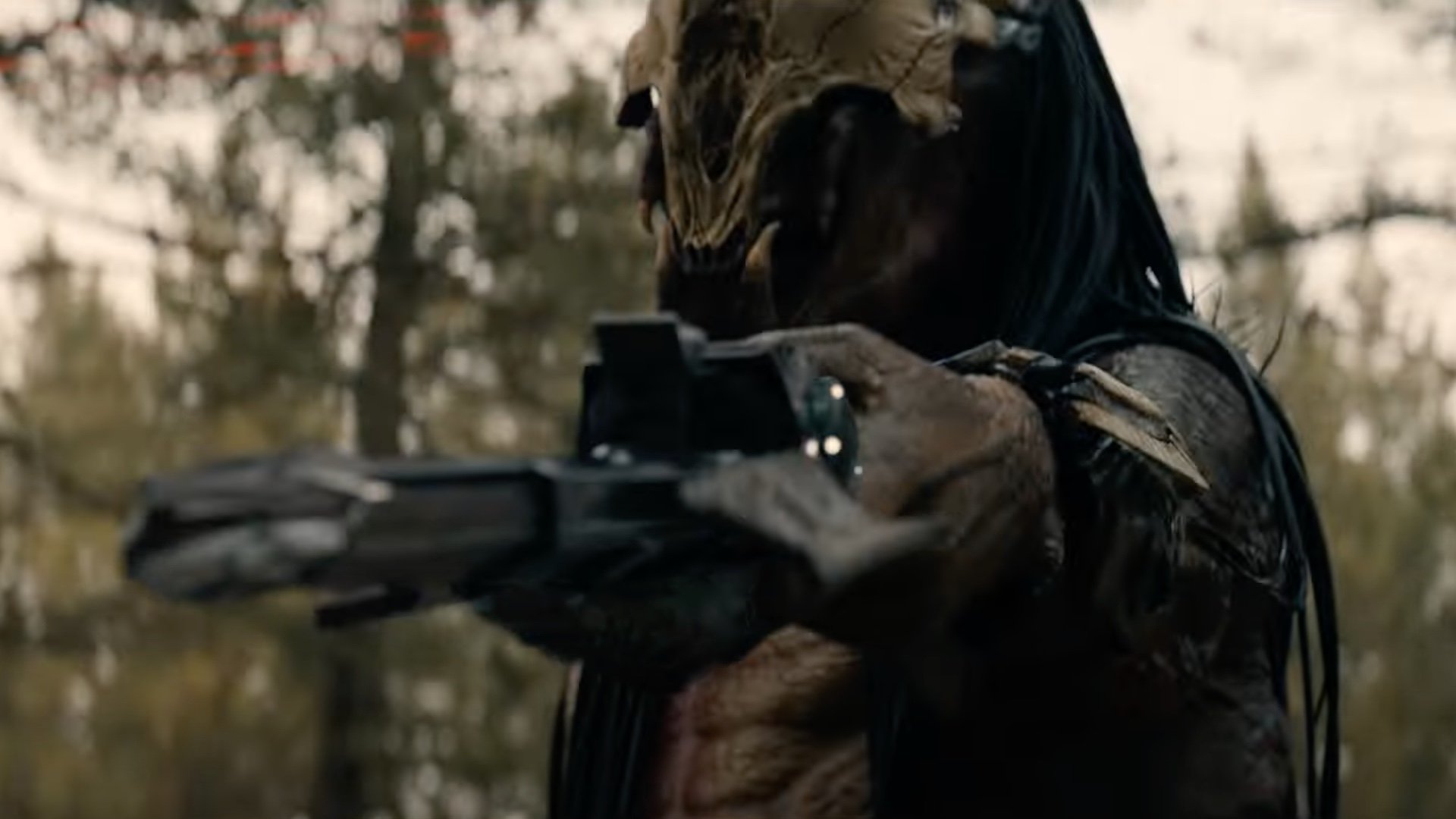 ‘Prey’ is the fifth film in the Predator film series. Set in the Northern Great Plains in September 1719, the movie also serves as the prequel to the previous four films. Moreover, it is supposed to be the reboot of the entire franchise. Predictably, there are easter eggs that connect the Hulu film with the ones that came before it, one of them being the Raphael Adolini 1715 pistol that the French fur trapper identified as Waxed Mustache gives to Naru, the protagonist of the film. Here is everything you need to know about it. SPOILERS AHEAD.

What Is the Significance of the Raphael Adolini 1715 Pistol”?

In ‘Prey,’ Naru, a young female Comanche warrior, embarks on a grand journey to hunt down a powerful prey, a member of the Predator or Yautja species. Throughout the film, she finds traps laid in various parts of the land and eventually encounters the people responsible — a group of French fur trappers. After she is captured by them, Waxed Mustache speaks to her in her native language and tells her to help them to kill the creature. But after witnessing the other fur trappers torture her brother, she determines to exact revenge on them instead. Later, when she comes to the fur trappers’ camp to rescue her dog, Waxed Mustache gives her his flintlock pistol in exchange for her help with his injuries. The Predator kills the fur trappers, including Waxed Mustache, and Naru’s brother, before he himself is brought down by Naru herself. The protagonist then goes back home and gives the pistol to her clan’s chief along with the Predator’s head. This is when we are shown the inscription on it, “Raphael Adolini 1715.”

This pistol has made at least a couple of appearances in the Predator franchise. It is a Spanish-made flintlock gun that originally belonged to pirate captain Raphael Adolini. As the inscription suggests, it was made in 1715. In the comic ‘Predator: 1718,’ published in the first issue of Dark Horse Comic’s special anniversary anthology series, ‘A Decade of Dark Horse,’ in July 1996. The story follows Adolini as he faces mutiny from his crew and finds an unlikely ally in the Predator that comes to be known as Greyback. Adolini and Greyback fight the mutinous pirates side by side. Eventually, Adolini is mortally wounded. Before his death, he gives the pistol to Greyback.

Greyback and the pistol appear together again in ‘Predator 2.’ Although it came out in 1990, it is set in 1997. After Mike Harrigan (Danny Glover) kills the Predator known as City Hunter, Greyback appears with other members of its species and gives the pistol to Harrigan as a show of respect.

The pistol’s appearance on ‘Prey’ creates certain plot holes. Adolini gave the pistol to Greyback in 1718. Given that the events of ‘Prey’ takes place only a year later, Waxed Mustache somehow getting the pistol from Greyback in the intermediate period doesn’t make sense. As a species, the Predators value strength. It’s highly unlikely that Waxed Mustache, as he is portrayed in the film, would be able to accomplish something that can earn him the respect of the Predator race.

Moreover, can we assume that Harrigan doesn’t get the pistol in 1997 from Greyback, considering that it’s already in human hands? It’s possible that future events in the franchise might return the pistol to Greyback, and thus upholding the canon. There is also a chance of this being part of the reboot process, where the parameters of the conflict between humans and Predators might get redrawn. The man introduced to us as Waxed Mustache can be Adolini himself, or a rather a version of him.

Read More: Does the Dog Die in Prey? What Kind of Dog is it?