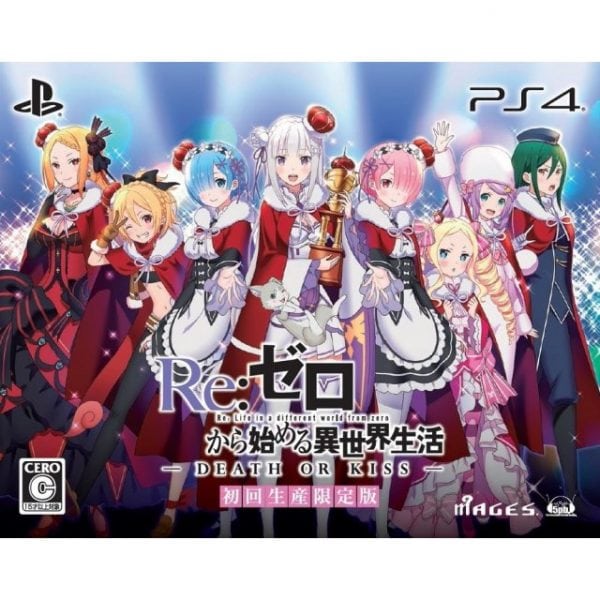 Re: Zero − Starting Life in Another World (also known as Ri:Zero kara Hajimeru Isekai Seikatsu in Japanese) is an adventure fantasy anime television series based on a light-novel series of the same name. Written by Tappei Nagatsuki and illustrated by Shinichirou Ootsuka, the light-novel series was first published on January 23, 2014, following which it was also adapted into a manga series.

A couple of years after its publication, the light-novel series was picked up to be made into an anime television series, and Season 1 of Re:Zero premiered on April 6, 2016. It was an immediate hit among fans of the light-novel series and new viewers alike, and unsurprisingly, it was renewed for a second season. However, details about Season 2 remain sparse as of now, and here’s everything we know about Re: Zero Season 2 thus far.

Re:Zero Season 2 Release Date: When will it premiere?

Despite the release of the two OVAs, fans of the show had been waiting for news on Season 2, which finally came during AnimeJapan 2019, which was held during March. Some information regarding the visuals and a video trailer for Season 2 were released during the event. It was later confirmed that Re: Zero season 2 will release sometime in April 2020.

You can watch its announcement trailer below:

In case you like watching anime shows in English, the good news is that Re:Zero has a pretty good English dub by talented voice actors. If you want to watch the show in English, you can find dubbed episodes on Funimation, Crunchyroll, Netflix, and VRV.

The show revolves a high school student called Subaru Natsuki whose seemingly normal and boring life undergoes a complete transformation following a mysterious occurrence. One night, when Subaru is returning home from a convenience store, he is mysteriously summoned to a fantasy world and wakes up there with no clue of who summoned him or why. Before the youngster can even make sense of what is going on or where he is, he is suddenly attacked by a bunch of thugs, who start beating him to a pulp. However, to Subaru’s relief, a silver-haired half-elf girl called Satella and her fairy cat, Pulp, come to his rescue and manage to drive off the thugs. Completely bewildered and left with no option, Subaru then befriends Satella. In a bid to thank her for saving his life, Subaru offers to help Satella and Puck recover a stolen insignia. However, when they finally manage to track down the insignia, they are mysteriously and brutally killed by someone.

Following his death, Subaru then wakes up again in the fantasy world and discovers that he has gained an ability called “Return by Death”, which enables him to rewind time by dying. For a better idea, Subaru’s ability is kind of similar to that of Tom Cruise‘s character in Edge of Tomorrow. Armed with his new ability, Subaru then sets about trying to survive in this new, hostile world, and help out his friends by foretelling outcomes of actions from experience. Over the course of the show, Subaru and his friends embark on numerous adventures, each more complex than the last, and Subaru has to use his time rewinding abilities to ensure that they all survive and come out safe and sound. The show follows the exploits of Subaru and his friends as they go on many adventures, while also documenting Subaru’s attempts to find a way back to the real world and the safety of his home.

Re:Zero has dozens of characters, but there are only two main characters in the show. Below, we’ve given you brief backgrounds on each of them.

Subaru Natsuki: The male protagonist of the Re:Zero, Subaru is shown to be an unimpressive youth in real-life and lives as a social recluse who spends most of his free time playing video games. However, Subaru’s uneventful life suddenly takes an unexpected turn when he is transported to a fantasy world while returning from the grocery store. Despite having spent much of his recent life gaming, Subaru is shown to know basic hand-to-hand combat and isn’t a complete weakling. Yet, Subaru’s basic combat skills barely help him in the fantasy world, which is inhabited by all sorts of magical creatures, both good and evil. When Subaru gets murdered for the first time in the fantasy world, he wakes up where he had arrived, and realizes that he has a unique ability called “Return by Death” which allows him to rewind time to a certain point before his death.

Although most magical creatures seem to be unaware of Subaru’s manipulation of time, certain magical beings like Puck are aware of his abilities. Despite having the power to rewind time, Subaru is still devastated at being torn from his life in Japan. However, he slowly learns to embrace the opportunities that living in a fantasy world brings, and is an extremely loyal and faithful character who will go to any lengths to protect his newfound friends in the fantasy world.

Emilia: The main female protagonist of the show, Emilia is a silver-haired half-elf girl who is initially introduced as Satella. After she regains her stolen insignia, Emilia reveals her real name to Subaru, and it is revealed that she is one of the candidates to become the fantasy world’s ruler in the next royal election. Good-natured and caring, Emilia is shown to harbour a lot of love and affection towards her friends, but can be childish at times. She is also shown to be pretty hard working, and tries her best to become worthy of being a ruler. In the show, she is almost always accompanied by her faithful fairy cat companion, Puck.