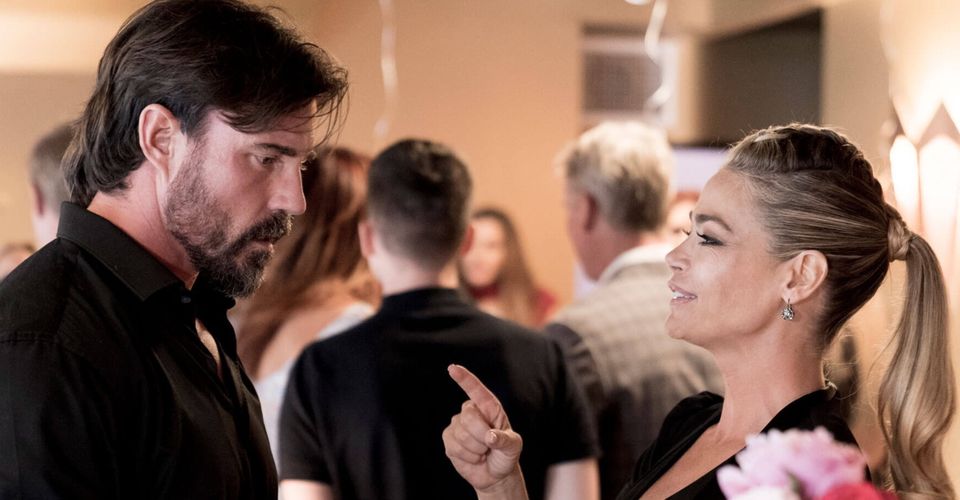 ‘RHOBH’ has finally hit the jackpot, with last week’s episode dropping the Brandi bomb on Denise. Teddi, after hearing that Denise and Brandi had hooked up, made the rounds, delivering the news to everyone! This week, the drama intensifies. Well, we will cover the details of episode 13 later in our recap section. Now, if you are already done and dusted with the last part, it is time we give you a heads-up about the show’s next episode.

‘The Real Housewives of Beverly Hills’ Season 10 Episode 14 will release on August 12, 2020, on Bravo. You can watch its preview here.

In ‘There’s No Place Like Rome’, Lisa Rinna, Sutton Stracke, Erika Jayne, Kyle, and Teddi all huddle together in one room after dinner. Garcelle, Beauvais, Denise, and Dorit are in another room. Garcelle asks Denise if Brandi has texts, which can prove her claim. Denise denies. Meanwhile, the tension between Kyle and Dorit has reached an all-time high — so much that Dorit decides to give Kyle the silent treatment during dinner. Denise and Rinna meet up for a discussion. When Rinna asks Denise if she has spoken to Brandi, she replies in the negative.

Erika, Garcelle, Rinna, and Denise go on Ferrari rides while Sutton goes for private shopping at Dolce & Gabbana. On the other hand, Denise says that most of the women in the group want to create chaos. No one allows another to speak her mind before cutting her out. Erika claims that one should not involve husbands among the women and Denise apologizes on behalf of Aaron. Kyle and Dorit bury their feud and everyone heads to dinner. Garcelle asks Denise to defend herself better when the women lash out at her. Denise eventually brings up the topic of Brandi, saying that she had spoken to Brandi just before the party at Kyle’s. She further adds that Brandi had implied sleeping with either Rinna or Kyle. Hearing this, Kyle loses her cool and explodes. She shouts at the cameras to shut down! THE END & to be continued next week…