Where is Real Housewives of Beverly Hills Filmed? 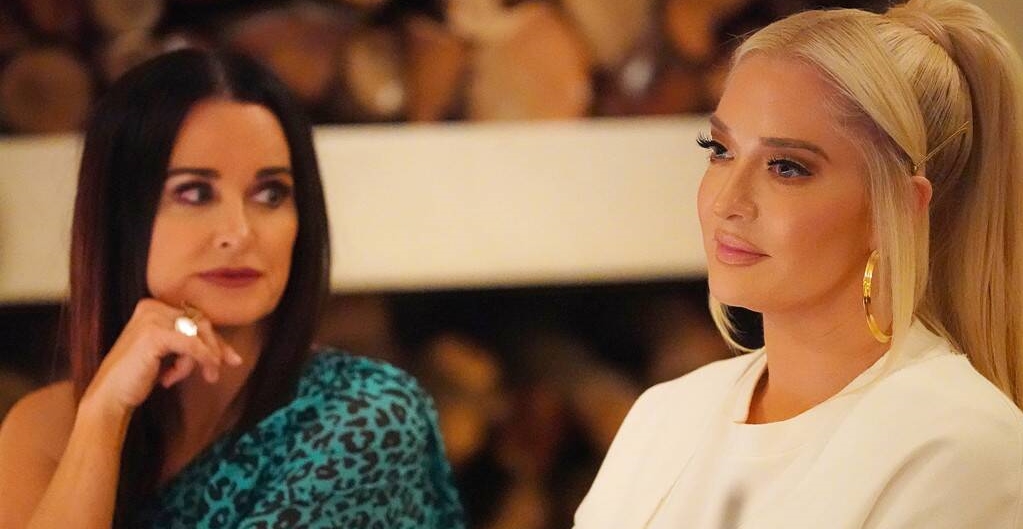 ‘The Real Housewives of Beverly Hills‘ or ‘RHOBH’ is one of the most popular installments to the ‘Real Housewives‘ franchise. The series focuses on the lives of women in Beverly Hills, California. As we go deeper into their personal and professional lives, there’s plenty of drama to be enjoyed. The posh exclusivity of Beverly Hills makes the series all the more enjoyable. However, you might end up wondering if the entire series has been filmed on location. We have got you covered in that regard.

Where is Real Housewives of Beverly Hills Filmed?

While the show does remain true to its title, and films quite a fair bit in Beverly Hills itself, we also get to follow the women as they travel across the country. Naturally, some of them end up on the East Coast, in New York, which is where parts of the series are filmed. Apart from that, a few scenes are shot in the city of Los Angeles as well.

Among the filming locations at Beverly Hills, is the Villa Blanca Restaurant, at 9601 Brighton Way, Beverly Hills. The restaurant is owned by Lisa Vanderpump and her husband, Ken Todd. It appears that Lisa has also had a hand in designing the eatery. It is one of the places to feature prominently in the series. You can check out a tweet about filming taking place at this Beverly Hills spot.

Love these photos of Lisa & Kyle during filming @ Villa Blanca and Kyle By Alene Too. #RHOBH pic.twitter.com/7e2FSU7cqs

Apart from that, we also see some parts being shot at Madame Chocolat. Formerly located at 212 N Canon Dr, Beverly Hills, it appears the shop closed business in 2012. You can check out a post that confirms filming did take place there.

#RHOBH fans have seen @Madame_Chocolat on their TV screens, when @LisaVanderpump picked up an Easter bunny & chocolate Louboutins!

Other places from Beverly Hills, to have made it into the show, are Pump and Sur. It is jokingly said that Vanderpump doesn’t eat anywhere apart from these two places, and Villa Blanca, of course.

Among some of the Los Angeles locations that have made it into the show is Espresso Profeta, where Taylor Armstrong asked Adrienne Maloof to be the godmother to her daughter. The quaint cafe is at 1129 Glendon Ave, Los Angeles. The Grill on Main, at 78065 Main St, La Quinta, also makes an appearance. Reports suggest that filming also took place at 506 S Grand Ave in Los Angeles. We also happen to know that scenes have been filmed at the Glen Center, at 2920-2964 Beverly Glen Cir. You can check out a tweet below, suggesting that it has been central to the series.

So clearly the Glen Centre is becoming a central filming location for this season? @sassEden @lisarinna #RHOBH

‘Real Housewives of Beverly Hills’ has also filmed at Sutton, on 636 N Almont Dr, West Hollywood. The store belongs to Sutton Stracke, a friend of the housewives. Naturally, they were present, filming during the opening. You can check out a post about it below.

Pardon the blurry pic from the launch of SUTTON last night all the ladies were there filming for #RHOBH except Kyle who's shooting Halloween. Sutton is talking to Teddi, Garcelle, Rinna, and Bankrupt Kemsley. Shout out to Martin & Kelly Katz! pic.twitter.com/nRtQn5q3v1

While the specifics of the filming locations in New York remain unclear, we know that the housewives attended the V FILES Fashion Show. You can check out a post about it below.

Looks like the #RHOBH ladies were filming tonight at the “V FILES Fashion Show” in NYC where Erika Jayne was performing 😍 – Teddi, Rinna, and Denise were in attendance. Not in attendance were Kyle, Dorit, Garcelle, and Sutton. pic.twitter.com/i8UHqsrZpP

Apart from that, it appears they’ve filmed at a roadside cafe, as you can see from the post below.

It is evident that ‘Real Housewives of Beverly Hills’ has been filmed at different locations, using the cafes, restaurants, and other settings to highlight the drama surrounding the women at the center.

Read More: Where is Real Housewives of New York Filmed?