Is Rent-A-Pal a True Story? 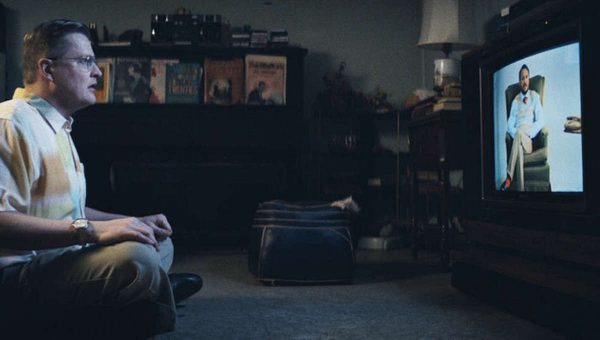 ‘Rent-A-Pal’ is a psychological horror film that follows the story of a man named David. He is forty years old and he lives in the basement of his parent’s house. The only job he has is to take care of his mother, who is suffering from dementia. This full-time job has claimed all of his life, so much that he doesn’t have any time to go out and make friends. This is when he comes across a tape that allows him to have a friend, someone who listens to him and understands him like no one else. The film plays on the loneliness and desperation of the protagonist and becomes strangely relevant for current times. This makes us wonder, could it be based on a true story? Has there ever been something like Rent-A-Pal? Here’s what you should know about it.

Is Rent-A-Pal based on a true story?

No, ‘Rent-A-Pal’ is not based on a true story. It is an original story written and directed by Jon Stevenson. Though he created a purely fictional narrative for it, one part was borrowed from reality. In 1986, a DVD called Rent-A-Friend was released, with pretty much the same concept as Rent-A-Pal. Its host was called Sam, and for forty-two minutes, he would act as your perfect friend. He would ask you questions, play games with you, discuss your problems, and share embarrassing stories. He would even hang up the phone just to talk to you. Sounds eerily similar to Andy? That’s because Stevenson had written the script with Rent-A-Friend in mind.

A few years before the movie, Stevenson was going through a difficult time in his life. He was struggling with depression and anxiety and had been in a really vulnerable place. “One day I came across “Rent-A-Friend.” It was this amazing concept from the 80s by a guy named Ben Hollis and the idea was that you would just rent a friend. You would just bring the VHS tape home and talk to this guy on the tape. It was a one-way conversation, but for the 80s, it was interactive. I’ll never forget though, because of where I was in my life, how that video made me feel,” he said. As the idea took hold of his mind, he knew he had to turn it into a horror movie, and that’s when he started writing ‘Rent-A-Pal’. “As I started writing, I realized it wasn’t about the tape at all–it was a man who was very vulnerable being led down a very dark path by someone who was evil and manipulative and just how if two such people can meet at the same time can have really disastrous results,” he said.

The use of VCR and taking the story back to the 90s also allowed him the intended effect in the movie. “Growing up you have all these textures you remember like what a VHS tape feels like: The creeks that it makes and the ribbon inside, and the sound that a VCR makes. My life as a kid growing up was so centered around the TV and that is all the kind of stuff that I remembered, and I figured if we leaned into that in the production, not so much making it about the 90s, but about the feel of that,” explained Stevenson.