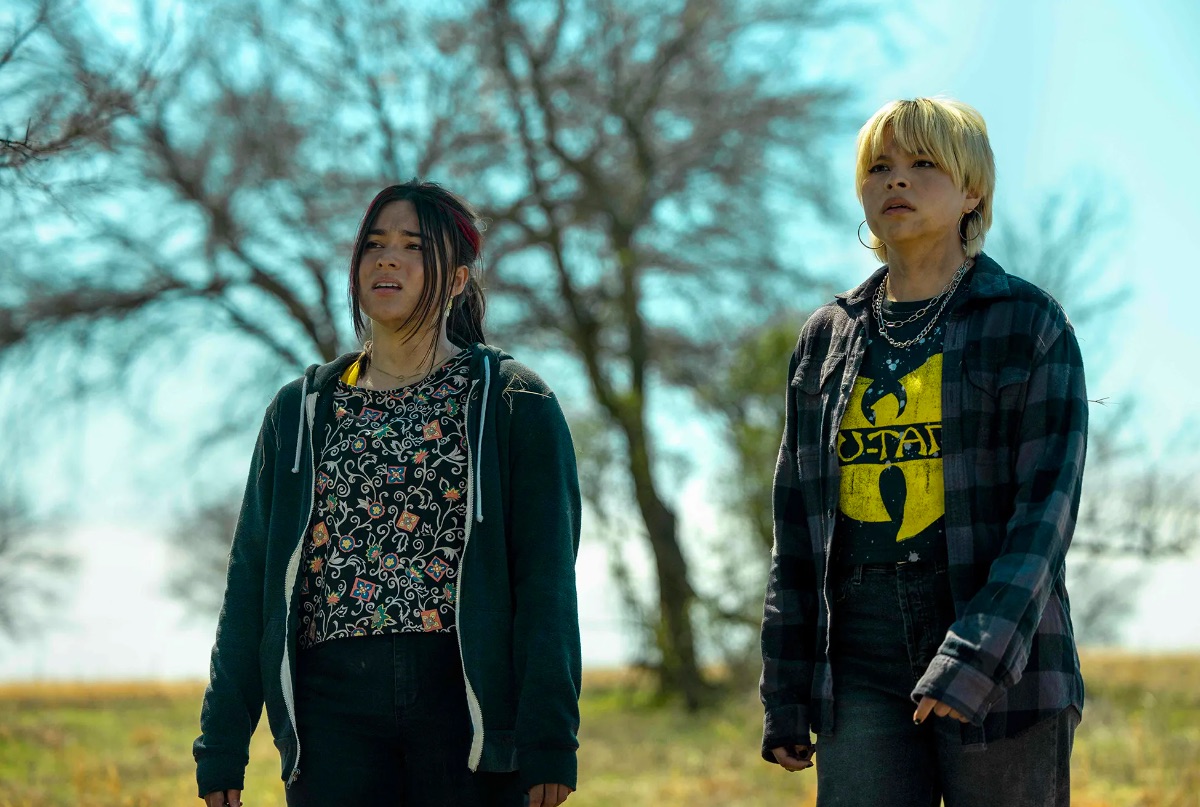 FX’s ‘Reservation Dogs’ follows four teenagers and their lives on the Indian reservation in Oklahoma. The first season focuses on Elora and her friends wanting to leave the reservation and head off to California. All they want is to leave behind the place that’s eating them up like it ate up their friend, Daniel, and for that, they turn to petty crimes to make enough money as soon as possible, pack up their stuff and just go. They don’t even really know what they are going to do once they get there. All that seems to matter is that they leave. Turns out, it is not so easy, after all.

The second season picks up the story where it was left off at the end of Season 1, focusing on the immediate aftermath of the events that saw Elora driving off to California with Jackie, leaving her friends and her home behind. Here’s a look at the events of the first two episodes of Season 2 and what the ending means for its characters. SPOILERS AHEAD

When Elora realizes that Bear is not serious with his money, and probably never will be, she decides to switch partners with Jackie, who seems to know a bit more about city life. That’s still not enough to prepare the girls for the challenges that they face on the way. Unbeknownst to them, the curse that Willie Jack had placed on Jackie is not only wreaking havoc back in their town, but it has also followed the girls on their trip to California. As a result, everything that can go wrong does.

Meanwhile, things don’t seem so good back home either. Jackie’s crew suffers a series of misfortunes, while Willie Jack, Bear, and Cheese discover that Daniel’s memorial site and their usual hide-out is being torn down. Apparently, some Texas ranchers bought it, and they want to build a church there. Willie Jack realizes that it’s all happening because of the curse she placed on Jackie, one she didn’t even think would work. Now, with the help of Uncle Brownie and Bucky, she tries to reverse it.

Having been left behind by Elora, Bear tries to change his life and looks for a job. The Spirit warrior continues to be his loyal companion, but now he has another customer in town. Following his successful endeavor of chasing away the tornado, Uncle Brownie has found a new way of looking at things, while also being visited by the Spirit warrior.

Reservation Dogs Season 2 Episode 1 and 2 Ending: Do Jackie and Elora Make it to California? 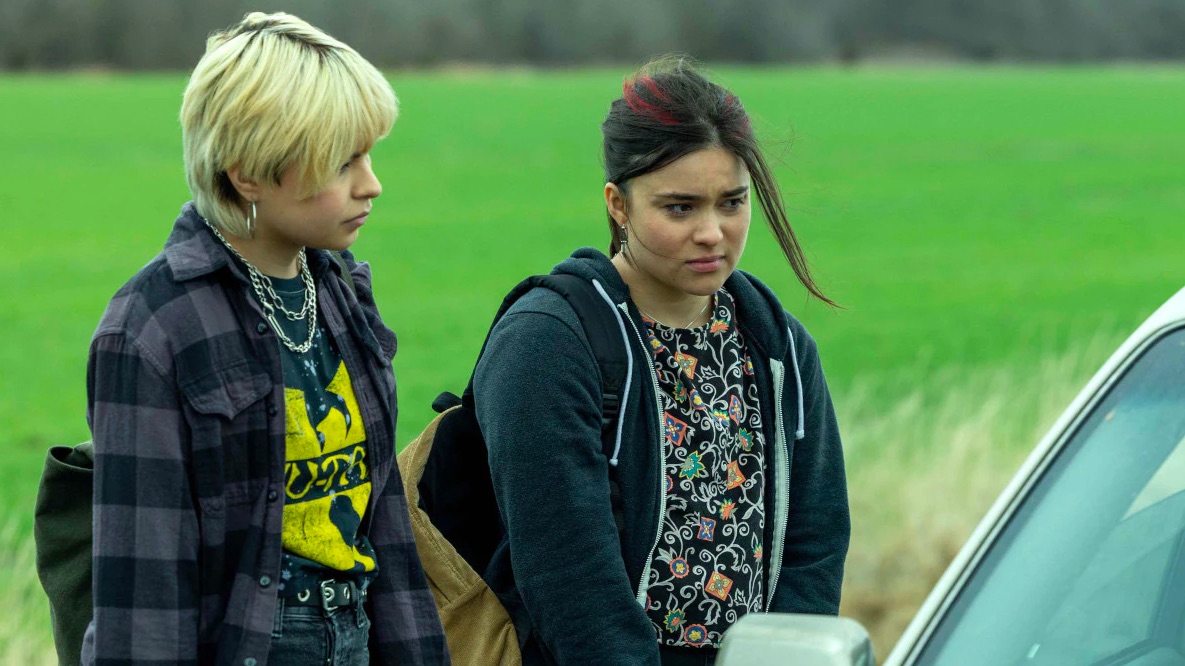 Elora and Jackie meet a string of challenges on their way to California. First, their car breaks down and then hitchhiking crosses their paths with a weird, white man. Thanks to some good kicks by Jackie and a stab in the arm by Elora, they succeed in getting out of the car before the man can take them too far into a strange place. However, all their stuff, and more importantly, all their money is left in the car. Everything that Elora had worked for for the past year disappears in the blink of an eye. She doesn’t even have money to get food or to stay a night someplace. All her plans for California were dependent on the money that she’d saved. There’s no point in pushing further, for now at least, because it’s not like someone is waiting for her in California, someone who can help her get settled there.

The situation seems pretty similar for Jackie, who briefly considers abandoning Elora at the house of a very nice lady, named Anna, who gives them food and shelter when they are baking out in the sun. Despite her charitable act, the girls know better than to trust some stranger, especially after two consecutive encounters with white men who seemed to have murder on their minds. While Jackie finds the keys to the car in which they eventually start their journey back home, Elora struggles with guilt.

The experience shows her just how unprepared she was for this journey. Now, she’s back to square one. She has no choice but to go back home, where she’ll have to save money all over again to make another attempt to leave the reservation. This time, however, her friends won’t be the same, especially after her betrayal. She’ll especially have to make peace with Bear, whom she thought she could leave behind easily. While she might have run away from her home, the guilt doesn’t leave her. This time, it’s doubled, because she feels that it’s not only Daniel she abandoned but also Bear.

So, no. California doesn’t look to be in the cards for the girls right now. Jackie should have probably taken heed of the fortune teller in the shop, even if it was a machine. And while the curse might have been lifted off, the Spirit warrior does say something about its effects lingering in their hearts, especially with the guilt. It means that as long as Elora doesn’t deal with her guilt as well as her grief, she’s probably not going to leave so soon.

Read More: 7 Shows Like Reservation Dogs You Must See