Hulu’s ‘Reservation Dogs’ is a teen comedy-drama series that is refreshingly authentic in its portrayal of the Indigenous communities. Interestingly, the show’s entire cast and crew, as well as the creative team, comprises talented Indigenous individuals, including its creators Sterlin Harjo and Taika Waititi. Set in rural Oklahoma, the story follows Ellora, Bear, Cheese, and Willie, four Indigenous teenagers dealing with their friend Daniel’s death. Thus, they decide to move to California, which they consider “an exotic, faraway land,” and start saving money to do so by both committing and fighting crime.

The show has gained a lot of praise for its realistic depiction of Indigenous communities as well as the aspirations of young adults through the lens of comedy. Now, if you have enjoyed watching this hilariously off-beat series and wish to explore more of its overall feel, we have curated a fun list of recommendations for you. You can watch most of these shows similar to ‘Reservation Dogs’ on Netflix, Hulu, or Amazon Prime. 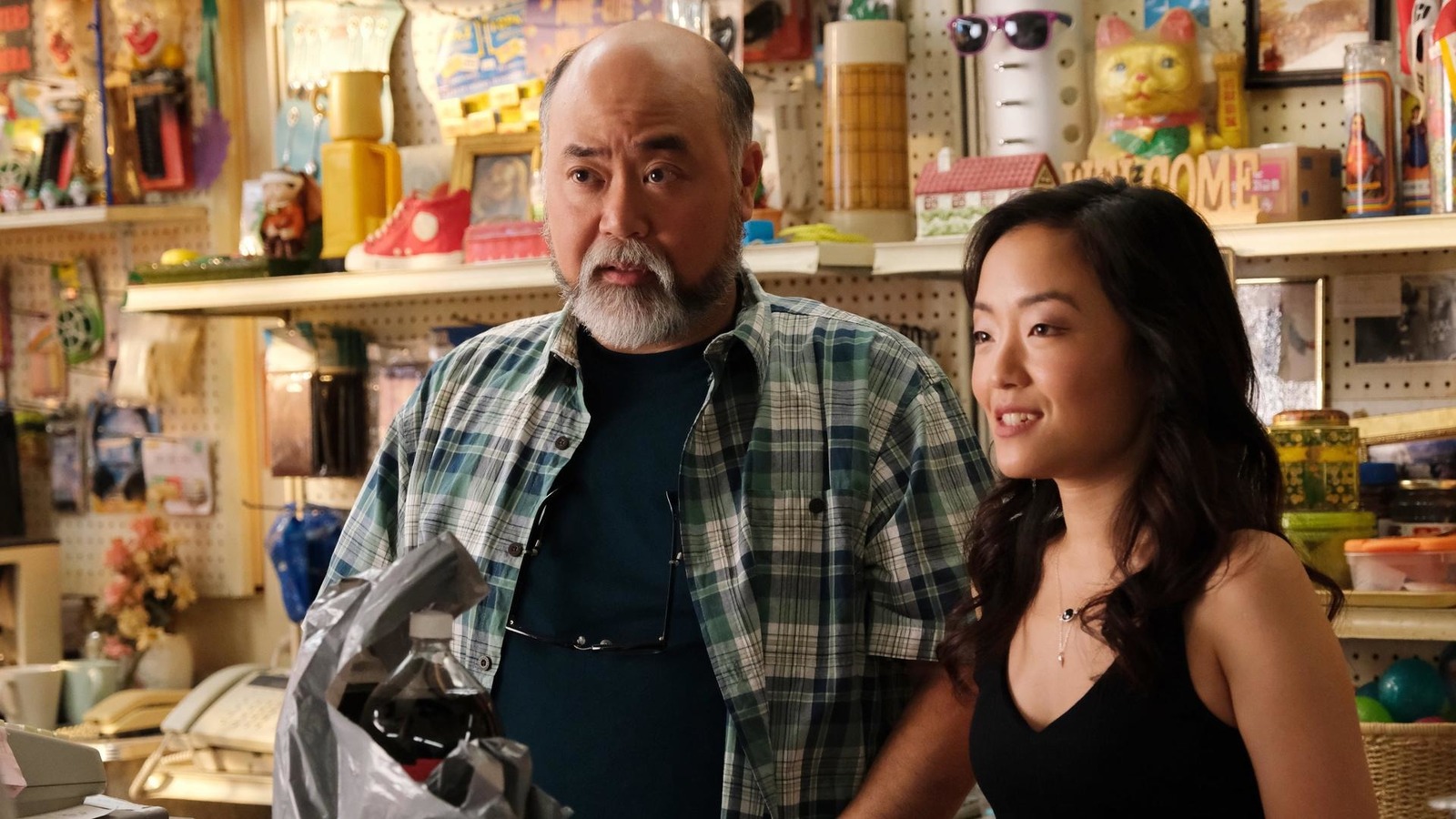 Based on Ins Choi’s eponymous 2011 play and developed for TV by him and Kevin White, ‘Kim’s Convenience’ is a unique sitcom that follows the (mis)adventures of a Korean immigrant family running the titular convenience store in a Toronto neighborhood. Though this show focuses on a different age group, it resonates with ‘Reservation Dog’ for its heartfelt portrayal of ethnic communities and quirky protagonists. Moreover, both shows depict dysfunctional relationships between youngsters and the older generations. If you wish to watch something more family-based after seeing the four teenagers plan their daring escape to California, you’ll love this one.

While ‘Reservation Dogs’ somewhat presents itself as a parody of teenage culture in present times, the comedy-drama series ‘Everything Sucks!‘ does the very same thing, albeit taking you back to the 90s. Created by Ben York Jones and Michael Mohan, the show centers around a group of high school outcasts in 1996 who decide that the AV Club and the Drama Club in their school should make a movie together after their play gets canceled.

A series of crazy discoveries and accidents follow as the students desperately try to be taken seriously. This mirrors the very sentiment of ‘Reservation Dogs,’ where the main bunch of misfits also attempt to prove just how “grown-up and woke” they are by leaving their town, resulting in funny situations. 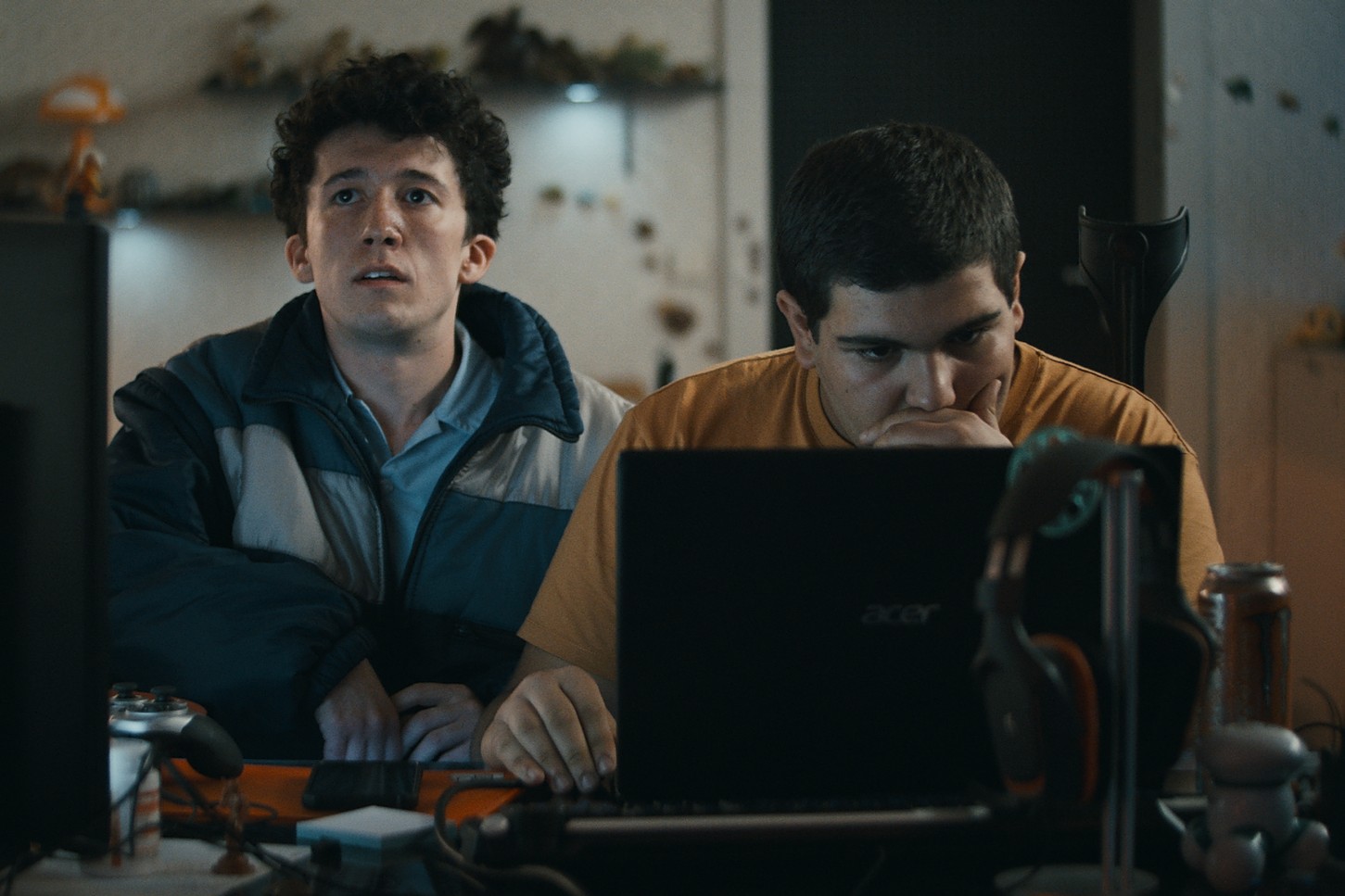 Remember how the ‘Reservation Dogs’ teenagers resort to petty crimes to save up for their “California dreamin'”? Well, the young protagonists in ‘How to Sell Drugs Online (Fast)‘ do the same, but only that things spiral out of control way too much for them. Based on true events and created by Philipp Käßbohrer and Matthias Murmann, the coming-of-age dark comedy show follows two high school outcasts in Germany who decide to sell drugs online to rekindle old romances and make dough.

Soon, things blow up, and the boys are identified as large-scale drug traffickers. With a similar satirical vibe, both shows explore how disillusioned youngsters can blur the lines between right and wrong to find shortcuts to success. 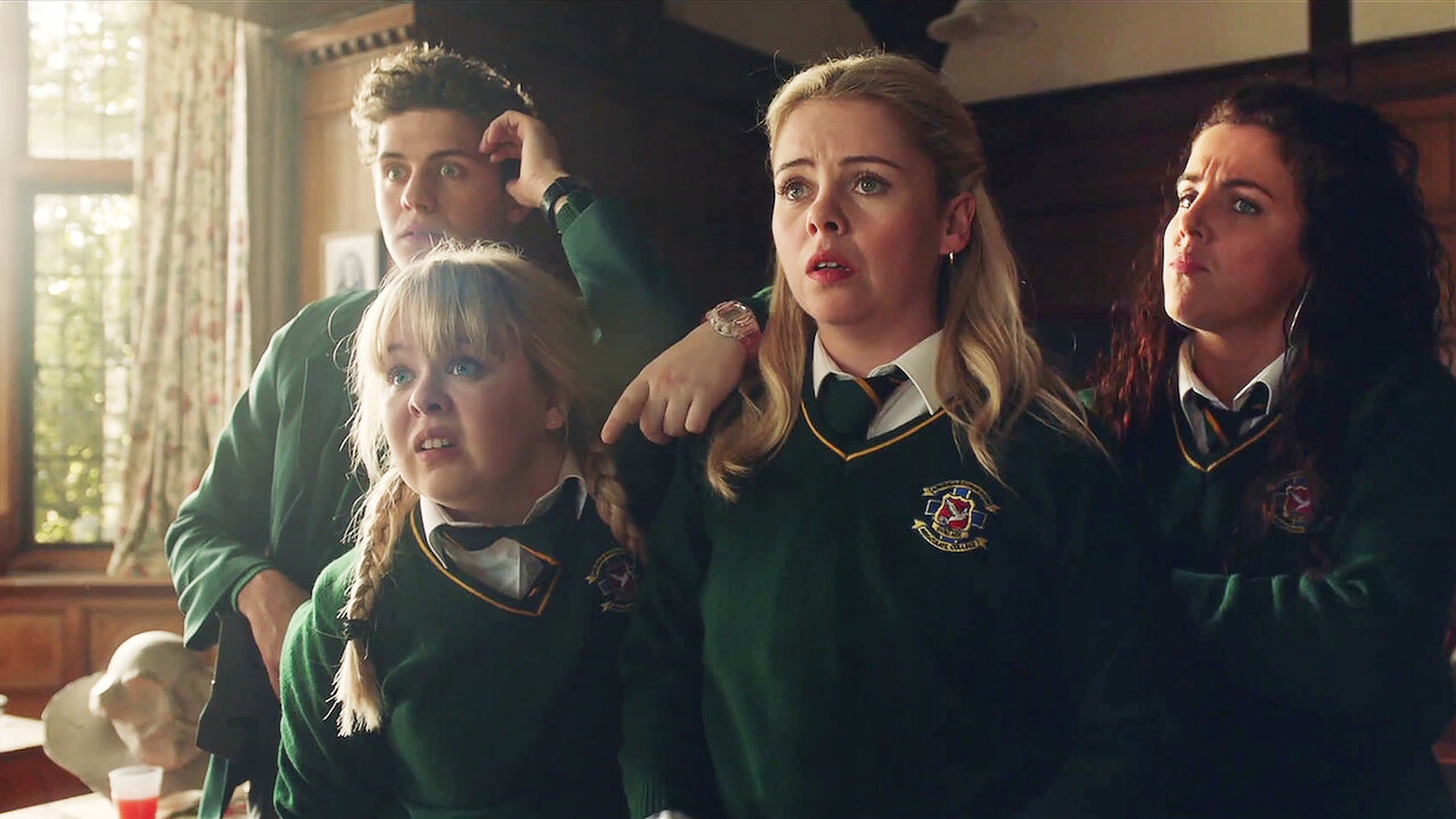 Moving on to something light-hearted, ‘Derry Girls‘ is an entertaining teen sitcom created by Lisa McGee that shows the blissfully unaware state of teenage minds to real-world problems. It follows the titular group of five high schoolers in Derry, Ireland, who navigate through friendships, family shenanigans, and future hopes amid growing political unrest.

Quite like the young protagonists in ‘Reservation Dogs,’ the Derry Girls (which, funnily, also includes a boy) wish to live their final years before college to the fullest and get out of their small town, leading to some questionable decisions and rib-tickling adventures. Though they do not resort to crime like the Oklahoma teens, both groups are unbothered by the consequences of their crazy antics or the social problems around them.

Shifting the focus to the Latinx and African-American communities, ‘On My Block‘ is another teen comedy-drama series that highlights the distinct challenges youngsters of different ethnic groups face. The show created by Lauren Iungerich, Eddie Gonzalez, and Jeremy Haft, chronicles the lives of four teenage friends in a rough Los Angeles neighborhood as they experience high school, romance, and family struggles. The four teens here may differ from the four in ‘Reservation Dogs’ regarding their goals and ways of perceiving the world, but what connects them is their strong friendship and an eagerness not to let their problems define them.

Created by Justin Simien and based on his 2014 directorial of the same name, ‘Dear White People,’ like the name suggests, is an address to the social injustice and biases faced by a group of African-American students in an Ivy-League university. Using satire, sarcasm, and self-deprecating humor, the comedy-drama show highlights the rebellion of young minds against discrimination. While the college students here fight to survive in their predominantly white university, the protagonists of ‘Reservation Dogs’ do so to survive in their town, which, ironically, they plan to escape. With a similar yet different take on the angst-ridden youth of today, ‘Dear White People’ will surely entertain you. 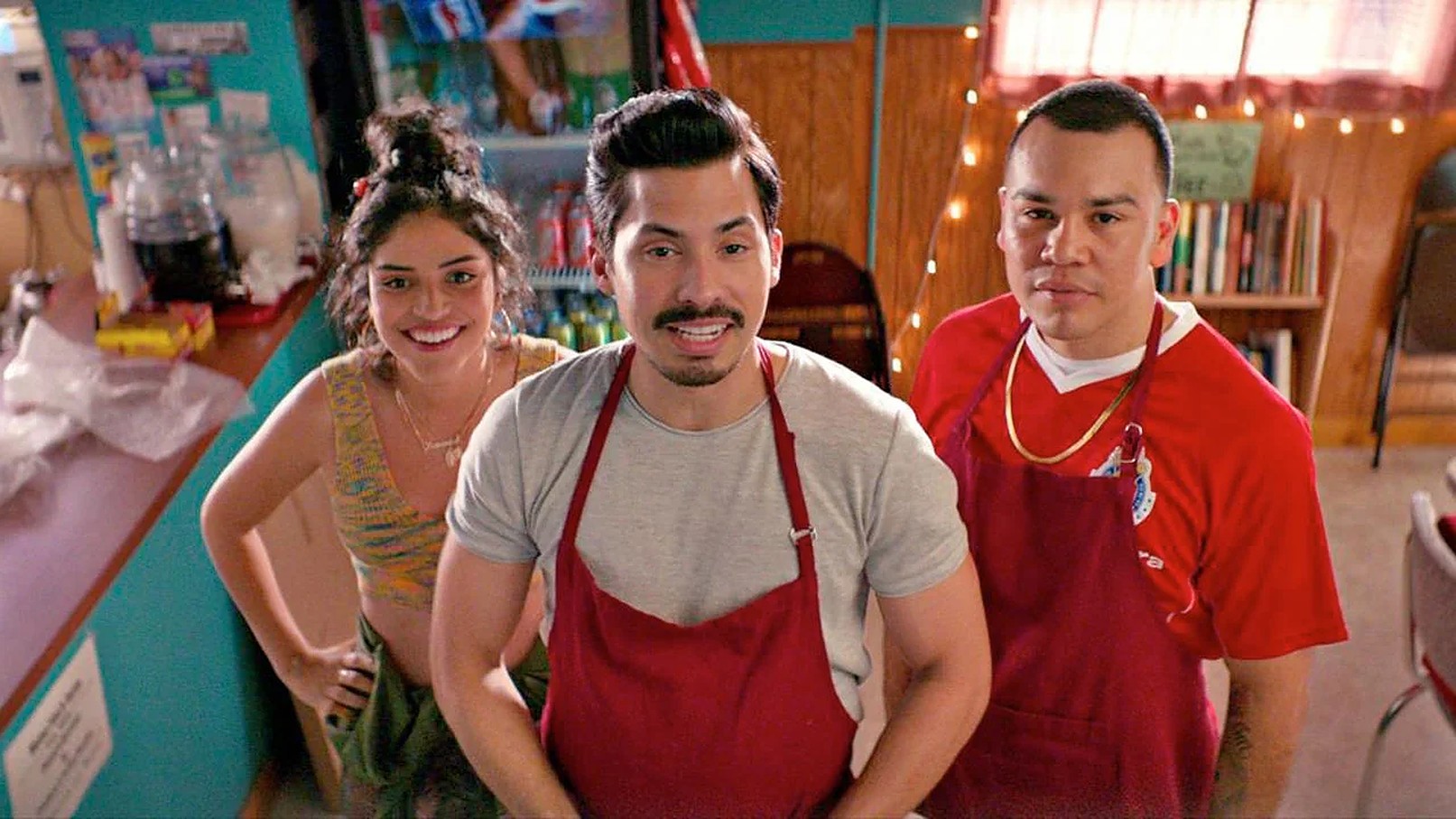 Just like ‘Reservation Dogs,’ the comedy-drama series ‘Gentefied‘ showcases how the allure of the ‘American Dream’ impacts the youth from ethnic groups. Created by Marvin Lemus and Linda Yvette Chávez, the show follows three Mexican-American cousins chasing aspirations that threaten to disrupt their families and community. Their moral conflict mirrors the dilemma of the four main characters in ‘Reservation Dogs’; moreover, both groups are desperate to leave behind their roots and embrace the American culture, which ends up costing them in a sadly funny way. If ‘Reservation Dogs’ appeals to your senses, then this one surely tops our list of shows with common themes.