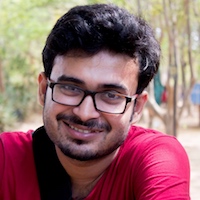 If all the movies are ranked according to the brilliance of the opening scene, Reservoir Dogs would certainly feature among the top places. Rarely does film commence with such flamboyance and nonchalance. In a 5 minute segment, Quentin Tarantino blends in an assortment of characters, exposing their colorful personas to the viewer and topping the cocktail with a cherry in the crude pop-culture references. A breakfast scene is seldom so interesting, with the viewer fitting his eyes over each of the men in tuxedoes and one in a bush shirt. The boss, the maniac, the sociopath, the reserved and the outspoken make their presence known. In an iconic scene following their exit from the diner, all of them appear together in a single frame, setting the definition for ‘cool’. K-Billy’s 70’s truckin’ tracks makes it stand out even more.

Any other heist film would have had an expansive scene showing the robbery at the diamond store and its omission would have garnered major skepticism among the producers. Therein lies the sheer genius of Tarantino’s exquisite storytelling. Without showing as much as a glimpse of the diamond store, he puts a vivid description of the entire event in the viewer’s mind, only through the various conversations among the characters. Everyone comes to know what had transpired, how Mr. Blonde had started the shooting spree, the sudden appearance of the cops and the bullet ridden scampering from the scene of the crime. The way the mental picture is planted on the back of the mind is laudable indeed and only a man of Tarantino’s stature can achieve this exceptional feat. This act served in setting up of more screen time for the incredible characters whose personality traits starts developing a bit more and we see the colors enhancing or depleting. Mr. Pink starts to turn purplish with fury and suspicion about the possibility of a mole in their midst and his interlocutor in the initial warehouse scenes, Mr. White becomes a shade paler in his compassion towards a dying Mr. Orange. Mr. Brown and Mr. Blue have seemingly returned to their earthly counterparts while Mr. Blonde have grown several shades darker as the culprit behind the whole fiasco. The viewer is divided in his sympathy towards a profusely bleeding Mr. Orange and curiosity for the mole and his eventual fate upon discovery. Hope turns towards the arrival of the boss Joe and his stooge, Nice Guy Eddie.

The characters are literally colored and though the code names might seem insignificant initially or an attempt towards childlike humor, the shades signify the unique traits of every dog in this menagerie. Mr. Blue is a calm, quiet and reserved person, opening his mouth only when required and never speaking out of turn. He is a veteran in this game and his dignified demeanor proves the same. Mr. Brown is his complete antithesis, speaking garbage and dissecting a Madonna pop number with his absurd analogies, loudly citing the reference behind his alias in the naming ceremony with Big Boss Joe. Mr. White is the most obvious alias of them all. Larry is an old timer, like Mr. Blue and being a sociopath, he holds a certain sense of honorary code in his jobs which he seldom breaks. That includes placing his trust while comforting a dying man and his eagerness to help him out, showing a humanistic nature so absent in the others. He is an old friend of Joe Cabot and often tries to hold his own against him, not bucking down under the latter’s superiority. In the naming ceremony, he attempts to pacify a disgruntled Mr. Pink, highlighting his Brutus like nature even more. He initially refuses to believe that someone would rat them out and blatantly refuses to put Mr. Orange in the list of suspects as the latter had taken a bullet for the team. His aversion towards Mr. Blonde is hardly surprising as he represents everything opposite to his code of conduct.

Vic Vega, aka, Mr. Blonde is loyal to the Cabot family and is Eddie’s dear pal. He had taken a metaphorical bullet for the family previously and had earned the respect of the bosses who place him in this caper. Blonde isn’t a color which can be placed on a pallet, similar to the man who wears this alias. Vic Vega isn’t someone who works well with a team following a certain set of rules. He is a lone wolf who lets his whims dictate his actions. This heist was no different. In a mission that was originally supposed to go quiet, Mr. Blonde annoyed with the bank manager not obeying his command, turned the entire scene into a bloodbath, beginning a shooting spree and messing the entire heist up. He turns up at the warehouse coolly like a ghost, lighting a cigarette and appearing calm in midst of a raging storm. He doesn’t regret his actions and takes his cool psychopathy, so reminiscent of the Joker, to the next level when he dances to a K-Billy’s 70’s soundtrack while torturing an abducted, helpless, green cop, slashing his face with a razor and cutting an ear off before proceeding to spray him with gasoline and light him up. The horrifying act was cut short however as the talked about mole decided to make his presence felt.

Bleeding Mr. Orange shoots the crazy Mr. Blonde dead just in the nick of time as he was about to light up the bound cop. Detective Freddie Newandyke is a blue boy, donning the blue as his profession. Tarantino highlights the blue color loudly around Freddie, giving him a blue walled apartment, clothing him in blue jeans and making him rehearse a joke in front of a blue graffiti wall. And what can be more opposite to blue than orange itself? Like the polar opposite colors in the spectrum wheel, the undercover cop-criminal is aptly nicknamed Mr. Orange. The blue-orange background in the meeting with Mr. White and Joe in a bar serves as a perfect testimony to his dual nature.

The self-professed professional is as scrawny as the color given to him. Mr. Pink is street smart, opting to stay out of the Mexican standoff among his other hot headed compatriots and cleverly stashing away the diamonds before appearing at the warehouse. He is brashly outspoken, citing his feelings about tipping in the opening scene and is diplomatically submissive, calming down when told off by the Boss. He is clever enough to analyze his advantages and weaknesses and knows how to squirm out of tight spots. He protests against his faggot like code name but accepts it when he is outnumbered by several. He is the only major character whose name remains a mystery, staying true to the principles of the mission. He is not feminine as the name would suggest but the scrawny man is the only one in the gang who eventually remains in the ‘pink’ of his health.

The soundtracks Tarantino used are way too sarcastic and sets up the scenes with a blackish humor, the most significant of all being ‘Stuck in the middle with you’ by Stealers Wheel, played during the ear-ectomy scene, with the deranged Mr. Blonde showing off his excellent dance moves while cutting off the cop’s ear. It was a nod to the 70’s gangster films by Tarantino, using the memorable tracks of that period to accentuate the moments of this film. The monotonous drone of the radio announcer makes the film appear like a bumpy car ride, with the music changing with every twist and turn in the road.

Harvey Keitel, Steve Buscemi, Tim Roth, Chris Penn, Michael Madsen, Lawrence Tierney, Edward Bunker and Quentin Tarantino are the Reservoir Dogs. Primarily a New York based cast, the long shots on the principal faces of the players enabled them to show off their immaculate talents. With a perfect script like this, it is hard to imagine Tarantino having no producers to back him up for his film. Thanks to Harvey Keitel’s divine intervention, the movie was made and the rest, as they say, is History. The bark of the dogs here is as strong as the bite, and the non-linearity of the storyline which began continued in all of Tarantino’s films, setting up a trademark like no other. These colorful dogs have painted an evergreen place for themselves in the world of independent cinema and continues to perch on top of this elite list.