‘Resident Evil: Afterlife’ is the fourth installment of the cultish ‘Resident Evil’ series based on the Capcom video game of the same name. Seeing series writer Paul W. S. Anderson returning to the director’s chair after the first installment, the story picks up around a year after the events of the previous movie. As Alice (Milla Jovovich) continues her battle against the onslaught of zombies whilst attempting to bring down the evil Umbrella Corporation, a new sign of hope appears on the horizon. Can it be the haven that the survivors need to survive? With an ending as mixed as that of ‘Resident Evil: Afterlife,’ we thought we could help clear some things up. SPOILERS AHEAD.

‘Resident Evil: Afterlife’ opens with Alice keeping her promise to the Umbrella Chairman Albert Wesker and attacking the Umbrella headquarters in Tokyo with an army of her clones. After an intense battle, Wesker is able to escape and kill off Alice’s clones by destroying the facility. The real Alice, however, ambushes Wesker on his gunship but is injected with a serum that takes away her special abilities. 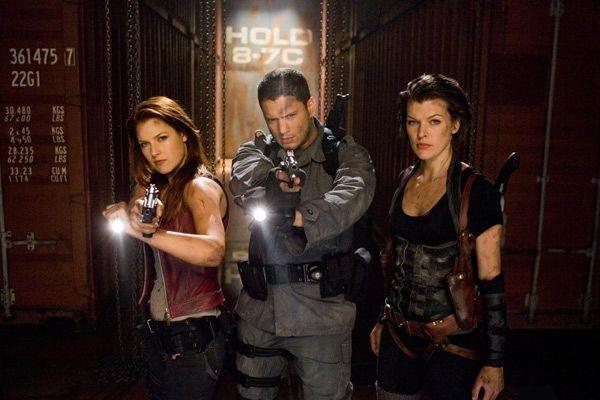 Just before the gunship crashes, she thanks Wesker for making her human again. Soon after, Alice is seen emerging from the crash and spends the next six months looking for survivors on her way to Arcadia, a haven that has been broadcasting messages about it being an infection-free zone. Unable to find it, she runs into Claire Redfield, who has had her memory wiped by a device attached to her chest.

Alice helps her recover, and the two soon find themselves in an abandoned prison in LA, where they join a handful of survivors who are also trying to find their way to Arcadia. They inform Alice and Claire that Arcadia is, in fact, a ship that’s moored off the coast of LA. In their attempt to reach the ship, the rest of the survivors are killed by zombies, leaving only Alice, Claire, and Chris standing.

Resident Evil: Afterlife Ending: What Happens to Alice and the Survivors Now?

Once onboard the Arcadia, the trio discovers that despite the ship being devoid of any crew, there are over 2,000 survivors on board kept there by the Umbrella Corporation as research subjects. While exploring the ship, Alice runs into Wesker, who has used the T-virus to remain alive after their crash. He mentions the powerful effects of the virus and how it is trying to take over his mind. He goes on to tell Alice that she’s walked into a trap and attacks her.

A fierce battle ensues, with Alice, Claire, Chris, and a recently rescued K-Mart attempting to overpower Wesker, who now has superhuman strength and regenerative abilities. Wesker manages to escape the Arcadia on his gunship, but when he tries to destroy the ship with all the survivors on board, he realizes that the explosive has been hidden on his ship and is consumed in a blinding explosion. Alice then broadcasts a message from the Arcadia calling all survivors to the ship. Thinking they’re safe, the survivors breathe a sigh of relief, only to look up into the sky and find themselves surrounded by Umbrella gunships.

With an ending that leaves Alice, Claire, and the last few thousand survivors surrounded by the enemy, ‘Resident Evil: Afterlife’ closes with a maddeningly epic cliffhanger. The force shown by the Umbrella Corporation, which is not known for its subtlety in the best of situations, is far more than what has been seen in earlier situations and the survivors are most definitely outmanned and outgunned. Add to this the fact that Alice no longer has her special abilities, and their situation seems hopeless.

Stranded on a ship with nowhere to run, the survivors are most definitely captured by the Umbrella gunships. There is a small possibility that Alice escapes whilst the rest get captured, but since Umbrella operatives have specifically hunted her and know her to be on board, that seems unlikely as well. The only bright spot in this otherwise gloomy outcome is that since the Umbrella researchers kept the survivors alive for so long on the Arcadia, they will most likely continue to keep them alive, giving Alice another chance to save them all.

Albert Wesker, the slippery Umbrella chairman, has narrowly escaped on multiple occasions and seems to take special pleasure in blowing up his enemies whilst flying away on his gunship. This time around, though, his plan doesn’t quite work out, and he ends up decimating his vehicle whilst onboard. But does the explosion kill him? Alice, Claire, and the rest of the survivors seem to think so. However, they have been known to mistake Wesker being dead before, which is what allowed him to escape in the first place.

Wesker has been one of the ringleaders of Umbrella Corporation since the start and is one of Alice’s biggest enemies. Now, enhanced with superhuman strength and regenerative abilities, he is able to survive most regular-sized projectiles. We have also previously seen him survive the brutal crash with Alice. Hence, in all likelihood, Wesker finds a way to regenerate himself and survive the explosion. We can expect his and Alice’s paths to cross again in the future for some epic battles.

Are Any of Alice’s Clones Left? What About Her Special Abilities?

When he destroys Umbrella’s Tokyo headquarters, Wesker essentially kills all of Alice’s clones that are still inside it, fighting. Though the real Alice survives to confront Wesker during his attempted escape, we see no further signs of her clones in the rest of the film. However, there is still a chance that we could see more clones of the deadly gun-slinging acrobat. The Umbrella Corporation has long experimented with Alice’s blood and has been known to clone other characters from the ‘Resident Evil‘ world. 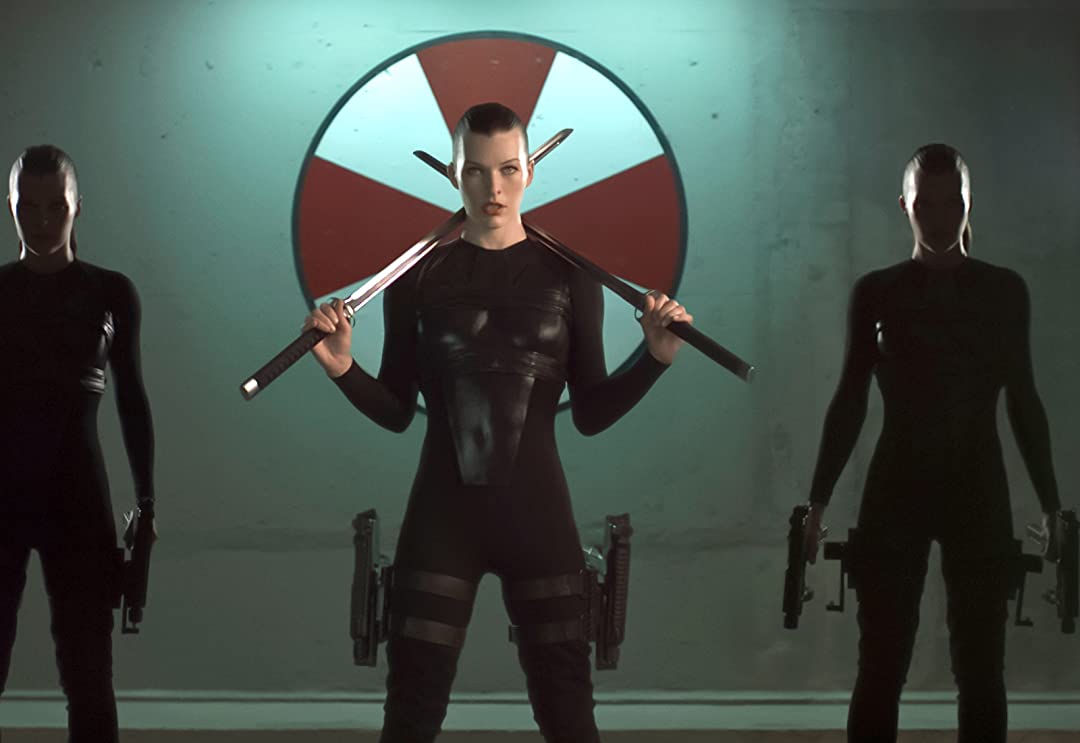 Though we see Dr. Isaacs’ lab, where he cloned Alice, destroyed in the previous movie, there is a chance that the evil corporation finds a way to clone Alice again so they can continue to experiment on her blood and its special properties vis a vis the T-virus. Alice’s superhuman and telekinetic abilities, which Wesker takes away by injecting her with a serum, are also a factor to consider. The abilities allow her to overpower the increasingly indestructible enemies in her path, and since losing them, she is seen to be slightly less capable in battle.

This is emphasized when she requires the help of Claire and the others whilst battling the massive “Axeman” and later during her faceoff with Wesker. Though Alice seems thankful to be “human,” it is very likely that, at some point, she will have to renew them to effectively battle Umbrella Corporation and the various abominable creatures in her path. Knowing that the researchers at Umbrella Corporation gave her the abilities the first time around, it is easy to imagine it happening again.

Luther West is the charming pro-basketball player that Alice encounters in the Citadel Correctional Facility with the other survivors who have barricaded themselves in. Apart from the two of them almost having a “moment,” Luther has previously saved Claire and Alice’s life and is a much-needed addition to the group of survivors. However, during their final escape to the Arcadia, Luther is overpowered by zombies and trapped inside a tunnel. He is considered dead until we see him at the end of the movie, where he looks very much alive and well, emerging from a storm drain and watching the Arcadia get surrounded by Umbrella gunships. 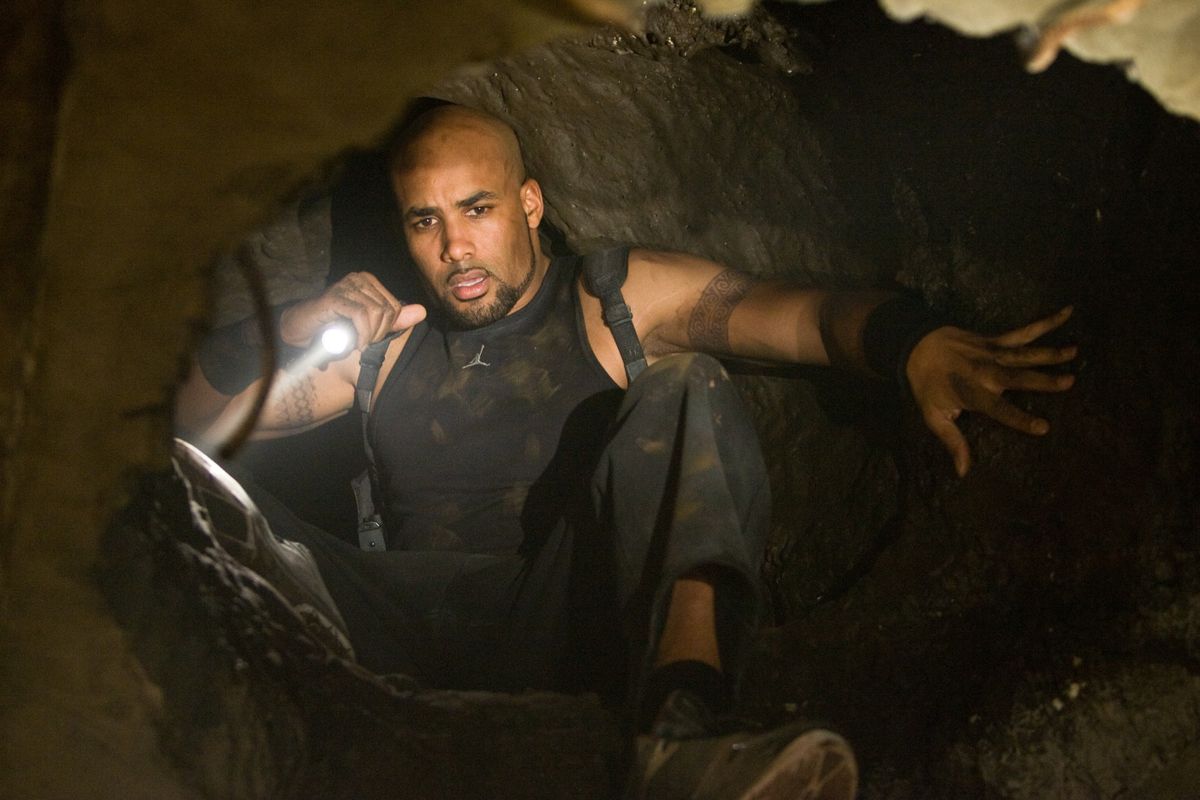 Though hard to imagine, it seems that Luther is fine. His athletic ability and speed are most likely what allowed him to escape from the ghastly fate, and knowing his character, he most likely heads over to help Alice and the survivors, even though the odds seem insurmountable. On the off chance that he is bitten and slowly starts to turn into a zombie, the fact that his allies are currently stranded on an Umbrella research vessel will probably come into play, and we can expect Luther to survive and most likely keep fighting the good fight.