Review: ‘Allied’ is a Period Piece Without Passion or Tension 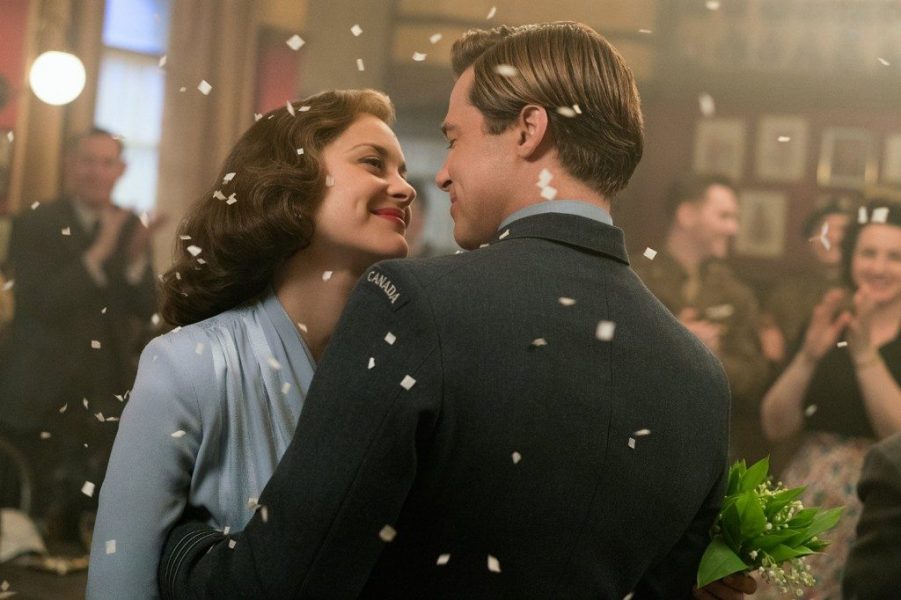 ‘Allied’ isn’t a movie to be taken seriously, despite its would-be Oscar-seeking aesthetics. Gorgeously lit and impeccably crafted, director Robert Zemeckis was so concerned in making something pretty he forgot to make something interesting. ‘Allied’ is a magazine spread come to life, glossy but weightless, featuring two A-list stars and World War II as its backdrop.

As the film opens, Canadian intelligence officer Max Vatan (Brad Pitt) lands in the French Moroccan desert. He is told he is meeting up with another agent, who he must meet and pretend that she is his wife, before they even exchange pleasantries. He and his pretend wife, Marianne Beausejour (Marion Cotillard), are assigned to carry out a mission to kill a top German officer.

What a thrill that mission was! So naturally, the fake couple become a real one when Max invites Marianne to come to London with him. They marry and have a daughter – in a ridiculous sequence set in the middle of an airstrike – and settle into domestic life. Their marriage is challenged when Max is informed Marianne is suspected of being a double agent. Max is tasked with figuring out the truth and if she is, he must execute his own wife.

The groundwork for something gripping is laid out in Steven Knight’s script but he and Zemeckis fail to capitalize at almost every turn. Except for a few sequences, ‘Allied’ is almost entirely devoid of tension; it’s stagnant when it should propulsive, dull when it should be devastating. By the time the film’s coda comes around and revelations are made, you will have been long checked out of a film that never really hooked you.

Knight’s screenplay is what sinks everything here because he structures the film like an episodic series than a feature film with any cohesion. Something happens, then we jump to the next episode and then the next. ‘Allied’ feels like a mini-series and, perhaps, would have served better as one.

Pitt shows up and plays Brad Pitt but ‘Allied’ is a reminder what a luminous star Cotillard has evolved into since winning her Oscar as a relative unknown. The period setting suits the elegant star, and she and Pitt do their best to generate chemistry with a screenplay that hardly gives them a chance to. Sometimes, a couple of A-list stars can only do so much.

There is a lot to chew on in ‘Allied’ but the movie ultimately fails to find a rhythm. Zemeckis’ love for flash and flair gets in his way and keeps him from making a good film. It’s too bad because the material is there but the director and writer can’t see it.