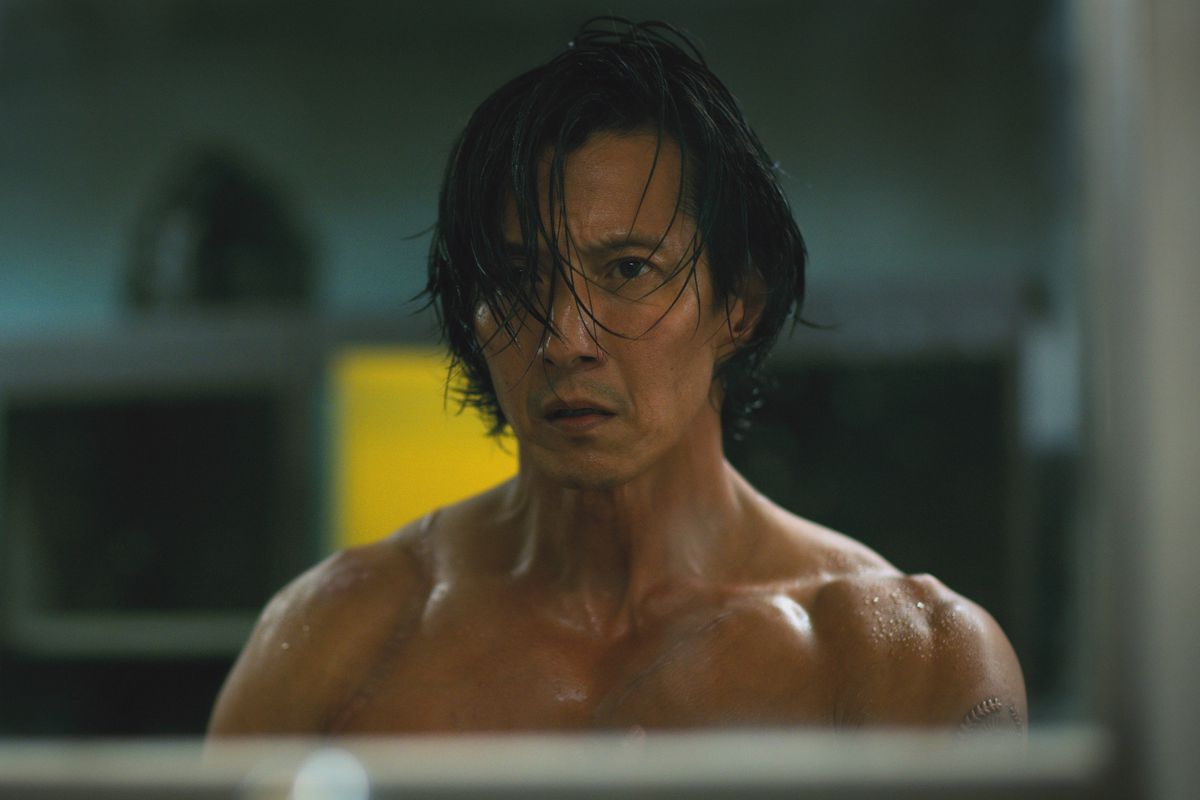 What would you do if you met your younger self? Would you advise them to not take a certain path, or tell them to bet on a certain game? Would you tell them to be more conscious about the environment, or let it be because the world is going to hell anyway? You might not have to wonder about these things with any sincerity, but Takeshi Kovacs has landed himself in a situation where he has been pitted against the version of himself that he had left behind a long time ago.

Experiences mould a person. Their entire life can be uprooted in a matter of minutes. The same had happened with Kovacs when he had reunited with his sister Rei while serving as a CTAC soldier. He discovered that the promise that was made to him in exchange for dedicating his life to the Protectorate was a hoax. This was why he left CTAC and ran for the hills with Rei, and was eventually found by Quellcrist who gave a different direction to his life.

Meeting with his sister was a turning point in his life and Kovacs’ life hinges on that. The Kovacs before that is a deluded soldier and one of the deadliest enemies of the rebellion. If this Kovacs is pitted against the present one, what will happen?

Now that Kovacs knows who Quell’s next target is, he knows what his next step should be if they are to figure out exactly what’s wrong with her. But before that, he needs to keep her safe, not just from the Protectorate but also from herself. At this time, the Quellists are the perfect option for them. The revelation that Quellcrist Falconer is alive has restarted the rebellion, and the peace treaty that had been signed in the first episode is termed void. The rebellions declare war, which is used by Danica Harlan to declare martial law on the planet.

Kovacs goes back to the place where he spent his childhood and takes Quell to the mines, with some assistance from Trepp. Carrera knows that they will never be able to track Kovacs with their usual method. So, he comes up with a new plan. The “Evergreen” that he had been talking about in the previous episode turns out to be Kovacs himself, the one that was loyal to the Protectorate.

If anyone ever told Takeshi Kovacs that he is his own worst enemy, it would have been the truest thing the man ever heard. He has been running away from so many things for such a long time that the very act of having left something behind is now an illusion for him. The worst of it all is believing that he had left behind the part of him that had dedicated itself to the Protectorate. Unbeknownst to him, CTAC kept a copy of him and now has churned it back up from ice to fight against himself.

After the revelatory fourth episode, the fifth one takes it slower on the front of undoing more secrets and focuses back on the cat and mouse chase of Carrera’s team for Quell and Kovacs. When he had been caught, Kovacs had to face the people he loved the most in the Circle, and now he has to face himself. The situation is a rather interesting one as we get to see the side of him that has never really been touched upon.

We always knew Kovacs as a stout follower of Quellcrist Falconer; he is in love with her more than anything else. But the Kovacs of before only knew love for his sister Rei, and anyone who has harmed his sister he would hunt down to the ends of the Earth. The conflict between these two lives of the protagonist adds an interesting twist to the story.

The episode also takes some time to introduce us to the virtual world where, allegedly, Konrad Harlan has retired to. Poe travels there to make contact with him and find out more about Quell’s condition. What he discovers is only the reassertion of what we had suspected all along. In one of its previous episodes, the show has also given hints as to where Harlan might actually be, and who would be behind his disappearance.