Review: ‘American Honey’ is a Rambling, Intoxicating Portrait of Restlessness 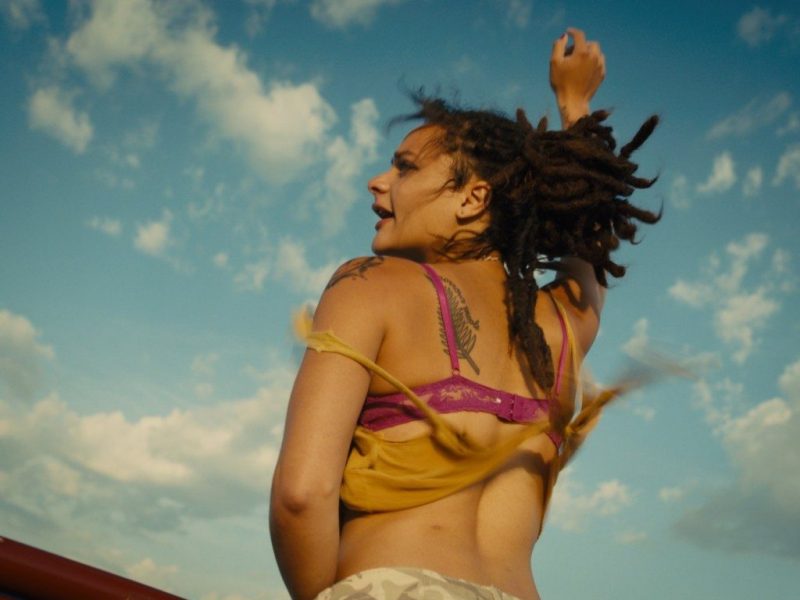 When the credits rolled at the end of Andrea Arnold’s near-three-hour ‘American Honey’, my feelings towards the film felt conflicted. Did I like it? Did I love it? Did it frustrate me? The answer to my question was made evident on my hour trip home from the movie; I kind of loved it, flaws and all, because I couldn’t stop thinking about it.

Arnold’s film is immersive and intoxicating, placing us on the streets with its young cast. Captured by cinematographer Robbie Ryan, as the sun beats down on the characters, we feel the heat of the summer days as they travel across the Midwest. It’s not often a low budget independent film is so creatively shot that it wraps you up in its world.

The film introduces us to newcomer Sasha Lane, who plays Star, an 18-year-old girl who is left in charge of two young kids, which aren’t even hers. She is left to feed them, resorting to dumpster diving for the next meal. We don’t really know the back-story to how Star became in charge of the kids, which is a question that lingered after the movie; it would have been nice if that could have been answered.

Star does her best two provide for the two children but she is quick to ditch them with their real mother (again, what’s the story there?) after she meets the charismatic Jake (Shia LaBeouf, in his best role in some time), who is the business manager for a traveling “mag team” (they go door-to-door selling magazines). He offers her a position on the team and asks her to join them on their trip to Kansas City.

After some consideration, Star is joins the team, comprised of several wayward teens and 20-somethings from all walks of life. Their boss is the demanding, no-nonsense Krystal (Riley Keough), who makes sure they know that they either make money or they are no longer apart of the team.

The duration of ‘American Honey’ is spent traveling with the group and at times it may seem like not a whole lot is happening but Arnold infuses every frame with vibrant energy. As all of the team members chug vodka and smoke weed for breakfast, we feel as intoxicated as they do. Each actor feels excited to be apart of the project and it translates to even the smallest supporting role. Arnold and her cast capture the restlessness of millennial generation and the thirst for adventure.

As ‘American Honey’ continues to expand in its release, don’t be daunted by the two hour and 45 minute runtime – it flies by. You’ll stomp the pavement with the mag team and it’s a lot more enjoyable than it sounds. That’s how I finally knew ‘American Honey’ was a good movie – it’s an experience not just a movie.