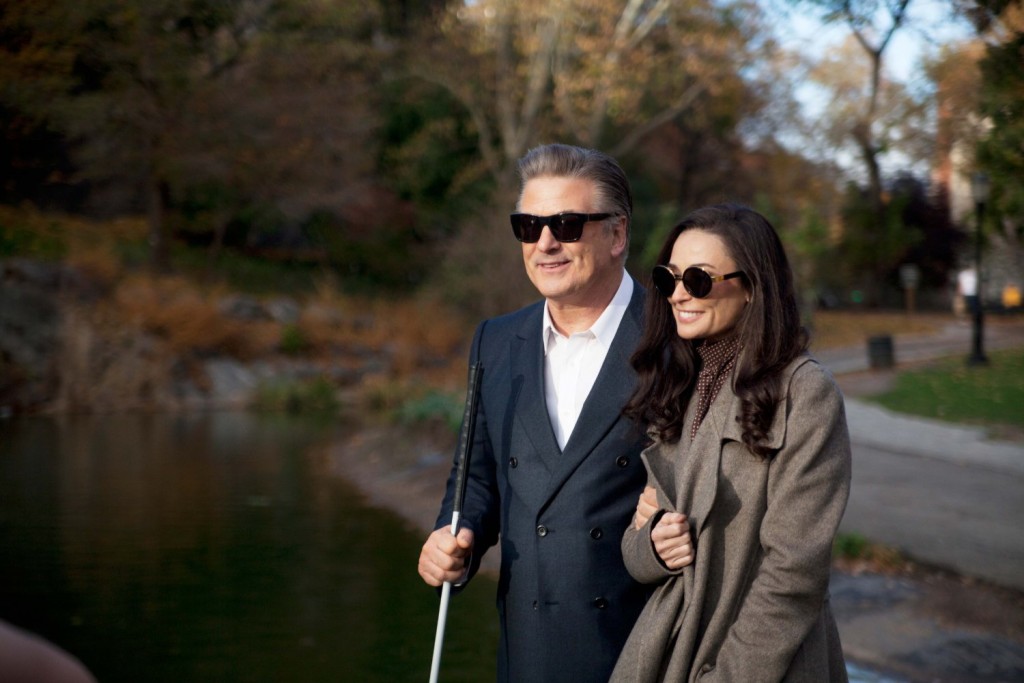 It’s a shame that a movie like ‘Blind’ isn’t a rarity these days. Here is a film that has assembled a fine cast and a slick look and is completely preposterous from start to finish, occasionally bordering on offensive, wasting every ounce of talent and glimmers of potential on hand.

The movie tries to draw you in from the opening credits with its smooth jazz and glossy appearance – but don’t let it fool you. ‘Blind’ is one of the most misbegotten movies in some time and a narrative and tonal disaster from the get-go (says one of the maybe five people who kind of enjoyed ‘The Book of Henry’).

We are first introduced to Mark and Suzanne Dutchman (Dylan McDermott and Demi Moore), an affluent couple who live in their lavish New York City apartment and enjoy fancy parties. Out of nowhere – literally, out of nowhere – Mark has been arrested for shady business dealings and sent to jail while awaiting his hearing. Suzanne is slapped with 100 hours of community service because her name was on some of the accounts that held the money from Mark’s business indiscretions.

Suzanne is used to expensive jewelry and morning yoga classes, not community service. She is ordered to read to a blind professor and novelist, Bill (Alec Baldwin), who needs help reading his student’s papers. Their relationship is contentious at first but eventually they begin to fall for each other. (Come on, don’t cry spoiler – we all knew this was bound to happen).

Director Michael Mailer, in his directorial debut, is working from a messy screenplay by his brother, John Buffalo Mailer, and tries to keep things afloat with visual pizzazz. Baldwin and Moore do their best to bring a sense of seriousness to the material but it’s astounding they were able to deliver the lines without breaking and laughing hysterically. Strained, misguided and unstructured don’t even begin to describe the script they are working with.

The decision to have Bill be blind is a mere gimmick in an effort to wring some sort of potency out of the romantic drama. Are we supposed to proud of Moore’s bon vivant for reading to a blind man? The movie could have been tweaked to create a different situation that would bring Suzanne and Bill together. At least it would have just merely been a run-of-the-mill romance movie.

There’s a sequence when the cantankerous Bill finally convinces Suzanne to have dinner with him. Afterwards, she walks to his home and is astonished he is able to find his own apartment. Of course, he persuades her to go upstairs. Bill wants to know what she looks like – what she really and truly looks like. She allows him to feel her face and features and get a sense of who he has been talking to. Immediately after, Suzanne wraps her scarf around her eyes and begins to feel Bill’s face. “I want to see you the way you see me,” she says to him. Check, please.

Don’t get me started on the title. It’s a movie about a blind man. So it’s called ‘Blind’. Isn’t that so cheeky?