Review: ‘Dark Night’ is a Minimalist Exploration of Violence 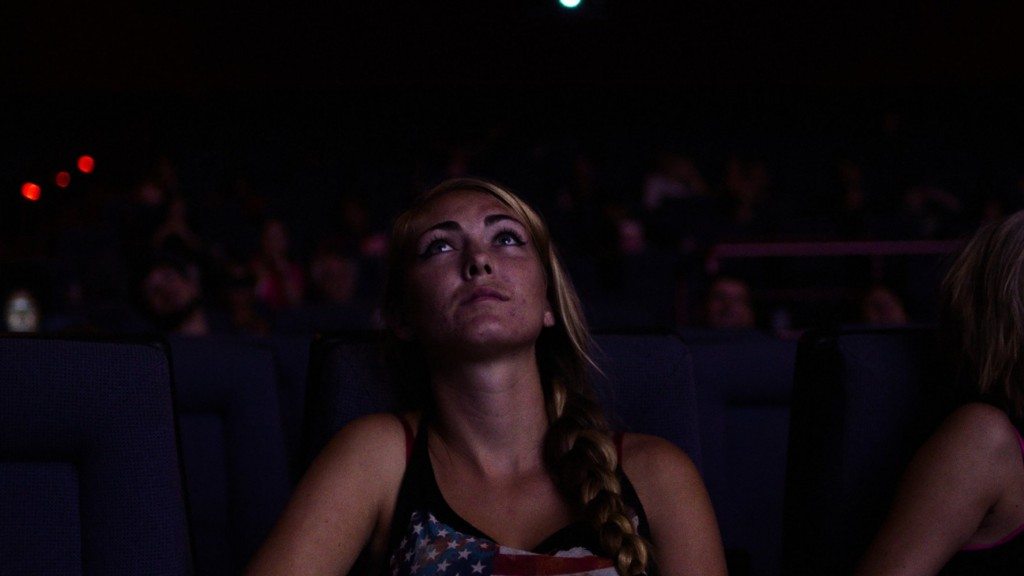 Tim Sutton’s ‘Dark Night’ is a stripped-down, minimalist exploration of a group of unsuspecting strangers brought together by a moment of inexplicable violence. What was a normal day, a normal night and a normal trip to the movies turned into something much different from could be expected. As people filed into the lobby of the theater, a human powder keg was outside in the parking lot, pacing back-and-forth, waiting to go off.

This should all sound devastating familiar because Sutton’s film takes the Aurora theater tragedy and uses it as the blueprint for his film. It doesn’t exactly replicate the exact events of July 2012 but mirrors what took place. Interestingly, he offers a scene which includes a newscast reporting on the shooting of innocent people by James Holmes, who entered a theater during a showing of ‘The Dark Knight Rises’ (a little nod in the film’s title). ‘Dark Night’ doesn’t touch much on if this is a situation within a post-Aurora world or delve into the copycat culture of tragic events.

This is why ‘Dark Night,’ while undeniably hypnotic, can often be quite frustrating. On its surface it feels vague, wandering scene-to-scene, capturing everyday moments in these people’s lives – people we don’t really get to know. These individuals aren’t given names but characteristics to tell them apart.

But we can’t brush ‘Dark Night’ off as aimless and plotless because it would be too dismissive. What Sutton achieves here is building tension within the mundane with a sense of looming dread in every frame. He never sensationalizes the shooting – hardly even showing a moment of violence – and far from interested in creating a ripped from the headlines feature about a theater shooting. To bombard audiences without graphic violence is easy but to shake us to our core with mood and atmosphere shows a much more skillful filmmaker.

Sutton isn’t here to answer any questions or cause any debates. This is no explanation of why the film’s disturbed 20-something (Robert Jumper) acts the way he does, as there was never a true motive of what happened in 2012. Life can change in an instant and, in a way, ‘Dark Night’ almost feels like a chilling reminder.