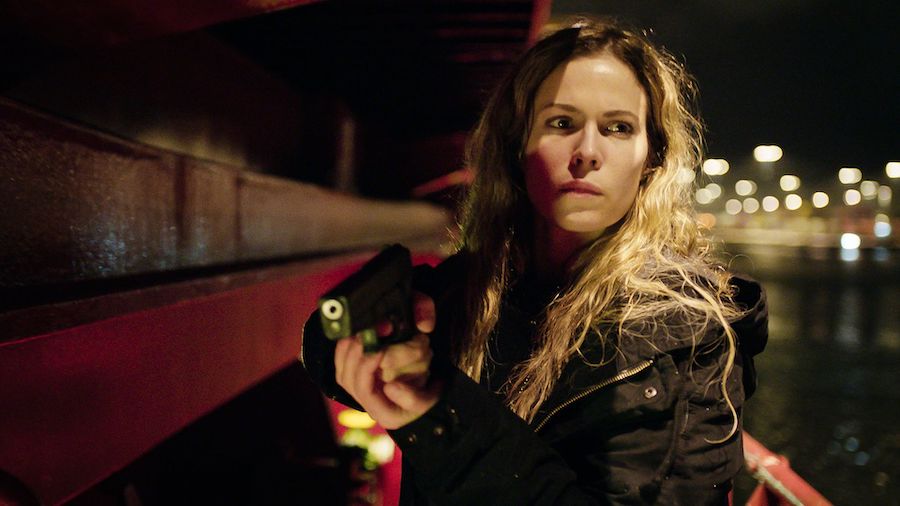 Nordic-noir crime drama ‘Deadwind’ established itself as one of the best in the genre with a twisted first season that follows several subplots wrapped around each other in a manner that the audience has to keep guessing at the identity of the real culprit. The show gives as much attention to its characters as it does to its intricate plotlines, which is what makes it all the more interesting to watch. The personal struggles of the protagonist and the people around her get enmeshed in their professional challenges and raise their personal stakes in the solving of the crime.

With the second season, the series keeps up with this spirit and brings together several characters into the fray of what might look like a simple string of murders, but turns out to be something that is touched by corruption, both outside and inside Sofia Karppi’s unit.

Sofia and Nurmi return to work with a new case that has serial-killer written all over it. A dead man is found frozen and blindfolded, and the other is found hanging from a bridge with a blindfold as well. Both of them have a tattoo that connects them to the new government project that has been all over the news lately.

Mayor Sara Tulisuo is involved in the construction of the Helsinki-Tallinn Tunnel project, the contract of which has been assigned to a company named Kaartamo Nordic. With the fate of the project hanging in a balance, sometimes due to the funding and other times due to the voting that is to decide whether or not it will move forward at all, the corruption charges on Tulisuo complicate the situation even more.

As Sofia and Nurmi try to turn over every stone to find out the murderer, they have to deal with an increasing body count, with someone close to them falling prey to it as well. Meanwhile, Henna returns to Helsinki and gets involved in drugs, Emil develops violent tendencies at school, and Nurmi discovers a family member.

‘Deadwind’ tops its engaging first season with a second run that digs deeper into the life of its protagonist while throwing her in a case that takes a very personal turn for her. She quickly turns from an objective police officer to someone with a personal vendetta, and as she relies more and more on her instincts to drive her in the right direction, we also wonder if the need for revenge also clouds her mind of what might be right in front of her.

Much like its first season, the show takes different threads, all of which deal with different issues and brings them together seamlessly to allow its detectives to jump from one to the other without creating any mess. This season, corruption becomes the core theme, with more than just a political tone to it. We also find corruption of character as the darkness increases within the residents of Helsinki.

The show also ropes in the problem of drugs amongst the youth, be it the ones consuming it or the ones distributing it. To raise the stakes, the storytellers hit close to home for Sofia, who starts to suffocate under the burden of her personal and professional responsibilities. As opposed to her, Nurmi seems freer, but he is also bogged down by the things from the past knocking at his door.

There is also a shift in the dynamic between him and Sofia, as this time around they are not two strangers forced together despite their visible discomfort in each other’s presence. This time, they are more trusting of each other, friends who have survived trying ordeals together, and in the end, are the only ones that they can rely on, especially when everyone else around them falls under suspicion.

What makes the season even better is that it makes Sofia more vulnerable. It keeps poking at her armour throughout the season, threatening to take away from her what she holds dear the most. As she chases the monsters outside, she also has to protect her children who seem to become easier targets owing to her profession. It also makes her question where her true dedication should lie, what choices she should be making before it gets too late to save the people around her.

With fewer episodes in this season, the story pulls itself together more tautly and doesn’t needlessly stretch any plot, something that the previous season was found prone to, at times. It also sheds the approach of creating multiple red herrings, which had worked well in the previous season but might have become predictable this time around now that the audience is familiar with the tactic. This gives an edge to the story where the twists are expected, but they don’t come when you think they will. They are dropped on you, just when you let your guard down. And so, for all sense and purposes, this season surpasses its predecessor.

Read More: Where is Deadwind Filmed?