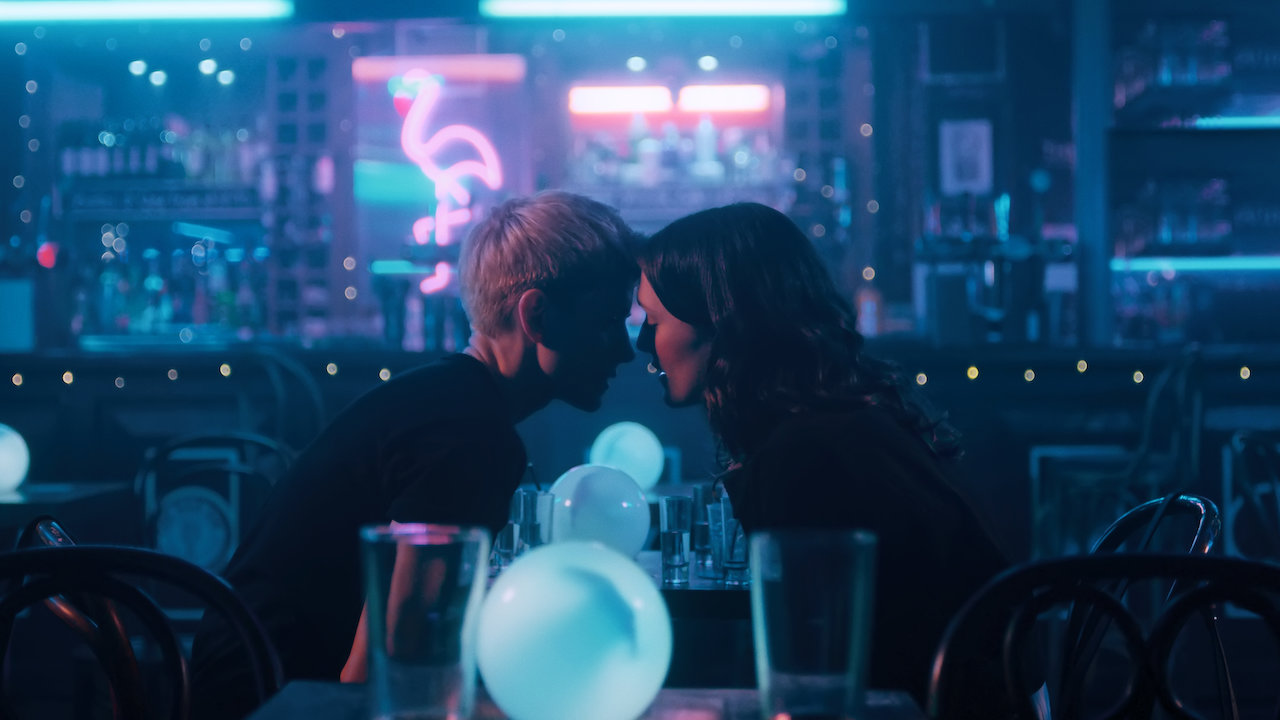 In its latest treat of feel-good shows, Netflix has offered up a story by Mae Martin. The Canadian stand-up comic infuses the show with her personal struggles and tragedies and presents something that promises to be a good binge-watch for a weekend. In its first episode, ‘Feel Good’ introduces us to the characters and gives us a lot to look forward to in their stories. A feel-good experience by all measures, it is short and sweet, and something that will leave you with a warm feeling.

Mae Martin is a stand-up comedian who has moved to England from Canada. It is during one of her acts that she meets George. Pretty and interesting, George immediately catches Mae’s fancy, and soon enough, they find themselves on a date. George reciprocates Mae’s interest, but she confesses that she has never dated a woman before. Their date soon turns into another then another, and three months later, they have moved in together.

They live in George’s flat, which she shares with a man named Phil, who suffers from depression. It is after the move that they start to notice things about each other that they didn’t know before. A Skype call with Mae’s parents leads to the revelation that Mae is an addict, and Mae notices that she hasn’t yet met any of George’s friends. As a promise to deal with her addiction, she attends an NA meeting and ends up befriending an older lady who has a new perspective to offer.

Mae Martin’s ‘Feel Good’ is charming. The moment it begins, it welcomes you into the life of the woman who has this goofy look, is a bit awkward, but delightful. You are eased into her new relationship, and for the first couple of minutes, it feels like a perfect romance, cosy and lovely. It takes some time for the seams to emerge in an otherwise smooth relationship, and Mae and George find that on their first day of moving in together.

The show quickly shifts the attention from their adorable romance to the things they have been keeping from each other. Mae’s addiction comes to the light, and even though she says she is pretty sober, she becomes uncomfortable when she finds herself in a situation where her sobriety might be called into question. There is much more history that she has kept from George, simply because she wanted a clean slate. But clearly, she needs a lot of work on her troubles.

While Mae struggles with her troubled past, George struggles with accepting her present. Despite being with Mae for three months, she hasn’t told any of her friends about her. So, when she tries to talk to George about her problem, it also looks like she is deflecting attention from her own dilemma. She hasn’t quite come to terms with her sexuality and coming out to her friends about it is something she isn’t ready for yet. She should take her time, but how will it affect her relationship with Mae?

Like an opening act, the first episode of the series warms you up, preparing its audience for the punches that it has in store for the next round. The laid-back approach towards storytelling, the characters that you immediately take a liking to, a story that might feel all too relatable, and a few good laughs along the way- the show has a great many things to offer. For now, it is safe to say that ‘Feel Good’ is definitely living up to the name.