Review: ‘Fist Fight’ is as Lame as Comedies Get 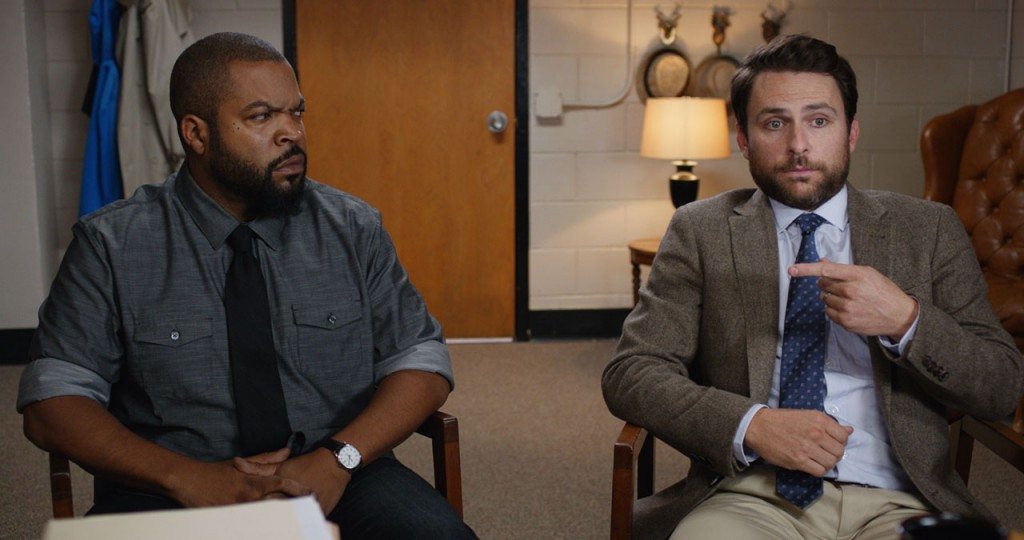 ‘Fist Fight’ skates on the thin premise of pitting two high school teachers against each other on the last day of classes, staging an all-out brawl when the final bell rings. In a 90-minute film, which supposedly builds up anticipation to the titular fight, we are not given enough material, enough jokes or even a reason to care about anything happening in the film. Ninety-minute movies are supposed to be easy-breezy. Not here.

Since the movie is almost entirely devoid of laughs, it’s hard to not nitpick at how much none of this movie makes sense. The high school is preparing to make massive cuts of its teaching staff and no wonder – the school is in absolute chaos. The entire senior class are spending the last days pranking the entire faculty, which is hard to do since none of these teachers are ever in their actual classrooms instructing. I’m not sure why this school hasn’t been shut down altogether.

English teacher Andy Campbell (Charlie Day) has a lot going on in his life: a baby on the way, a job on the line and – as movies go – he must be at the all-important talent show at his daughter’s school by 2:30. Unfortunately, he picked the wrong day to cross the hotheaded History teacher, Strickland (Ice Cube). Strickland is the one teacher who can make these obnoxious students sit up straight and pay attention. When Andy sells him out the principle (Dean Norris), Strickland wages war.

I assure you, I made ‘Fist Fight’ sound a lot more interesting than it is because the movie is entirely D.O.A. The movie is packed with familiar faces, who seemingly get a chance to improvise but can’t come up with anything to light a spark in such a lame story. Everyone is essentially an extension of their personas. Day is loud and manic, operating at an 11 when we would settle for a five; Cube’s face is stuck in a permanent snarl, screaming at everyone who passes by him. The supporting cast brings Tracy Morgan, Christina Hendricks and Jillian Bell, who gets to tell repeated jokes about taking drugs and sleeping with students.

Directed by Richie Keen, who has directed a lot of TV episodes of your favorite shows, ‘Fist Fight’ is on autopilot throughout. All of the actors are trying to resuscitate a script that never had a pulse to begin with but end up going through the motions of the repetitive comedy (having a horse run through the frame multiple times never makes it funny).

Give me a break.