Review: ‘Guardians of the Galaxy Vol. 2’ is Uneven But Good Enough 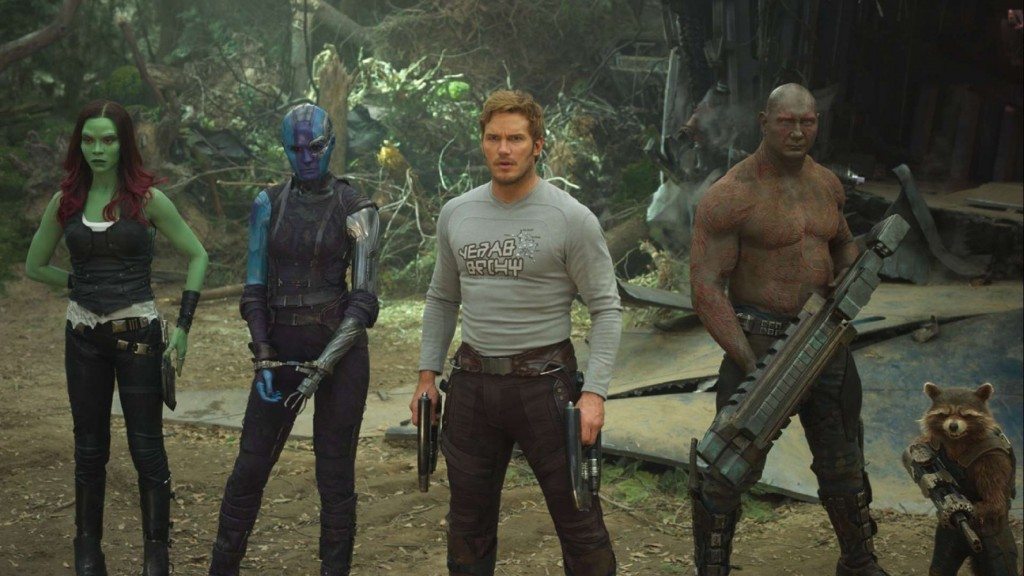 Guardians of the Galaxy was such a surprise late-summer hit in 2014, instantly beloved by most, which only cemented its chances of a sequel. Nearly three years later, writer-director James Gunn delivers Guardians of the Galaxy Vol. 2 and has been upgraded to a prime spot in May, kicking off the summer movie season.

Much like the first, Guardians of the Galaxy Vol. 2 is an interesting mixed-bag of a movie. It has a great energy, dazzling visuals and a fun cast but Gunn can never find a way to disperse the film’s caffeine-fueled energy evenly throughout the entire 137-minute picture. There are laughs, there are applaud-worthy moments but there are lulls and, frankly, a few too many.

The first Guardians of the Galaxy made one-time sidekick Chris Pratt an overnight star and he returns with his superhero charisma as Peter Quill. He reteams with his pals Gamora (Zoe Saldana), Drax (Dave Bautista), Rocket the Raccoon (voiced by Bradley Cooper, still the scene stealer) and Baby Groot (voiced by Vin Diesel). Where this group goes, intergalactic shenanigans ensue. Michael Rooker’s blue, arrow-throwing Yondu adds some fun to the mix.

That’s what made Guardians the Galaxy the mega-hit it became – the rapport of the ragtag group of space fighters (and the fun soundtrack, of course). Guardians of the Galaxy Vol. 2 is essentially more of the same but much busier and sometimes distractingly so. Kurt Russell is introduced as Peter’s father and Gamora is having her own set of issues with her sister Nebula (Karen Gillan), giving the film a lot of subplots and never giving much focus to any overall story. In fact, Guardians of the Galaxy Vol. 2 feels like it spends most of its time chasing a central premise.

If there was a part of the story to extrapolate as the film’s main plot, it would be the relationship between Peter and his father. Pratt and Russell are terrific together, conveying a sense of time lost and eternal and escapable baggage. Their relationship wrings the most emotional impact out of the film and gives a chance for Pratt to deliver a truly great and nuanced performance.

Guardians of the Galaxy Vol. 2 adopted a giant-sized heart since the last film and it isn’t afraid to wear its emotions on its space suit’s sleeve. While corny at times, it does Guardians of the Galaxy Vol. 2 does stick its landing and justifies its amped-up heart. Who would have thought that a movie with a wise-cracking raccoon could wind up being so emotionally satisfying?

There is a nagging feeling that Gunn could have condensed the film into something leaner, sharper and much more functional but his sequel is going to satisfy those who are dying to see it opening weekend. It’s intermittently funny and gorgeous – it’s definitely worth seeing in IMAX if that’s an available option – but not without its flaws and that’s fine. Guardians of the Galaxy Vol. 2 is a solid enough start to the onslaught of blockbusters that are coming in the next few months.