Review: I Am Not Okay With This Episode 4 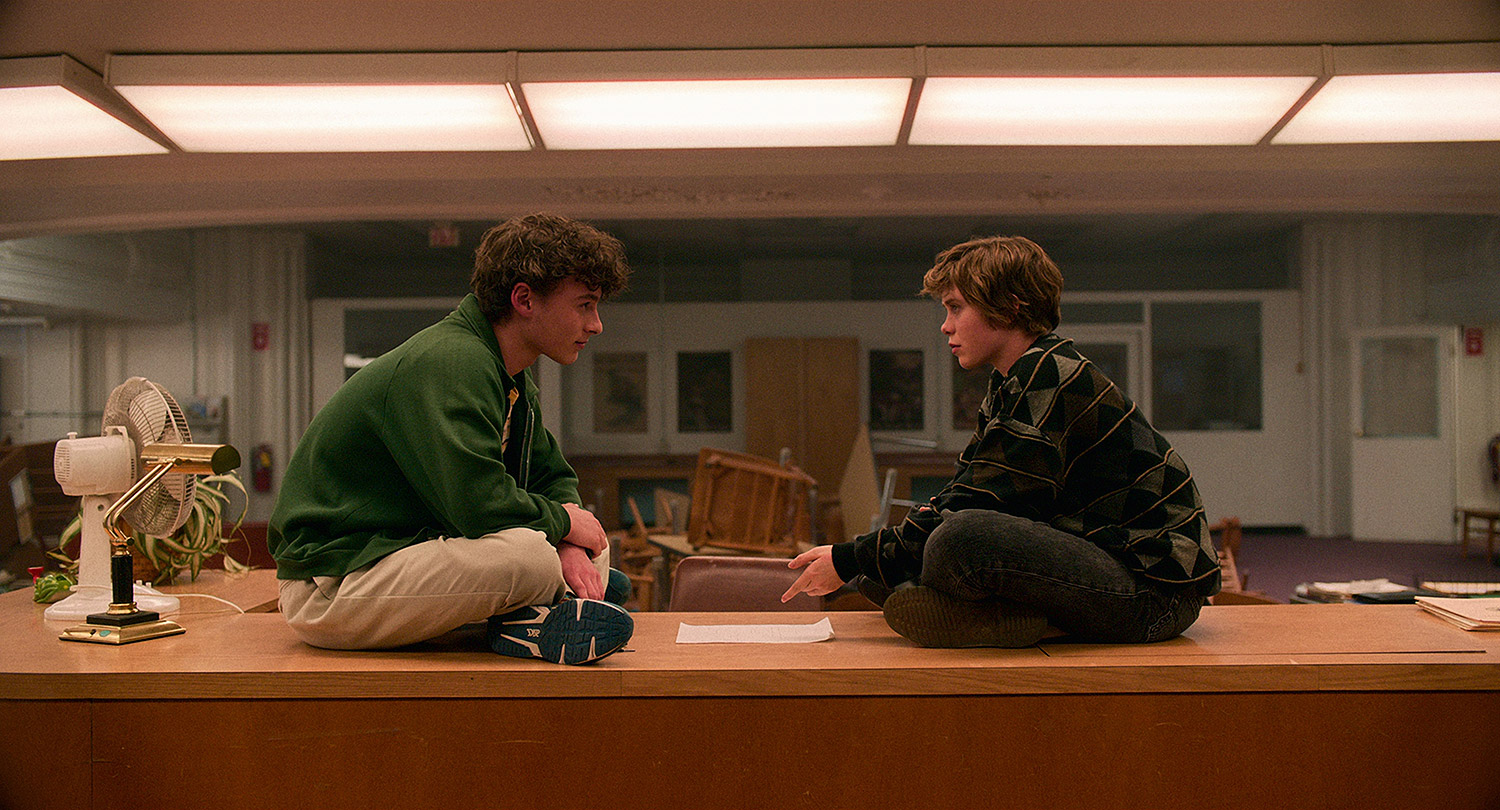 Reaching its mid-mark, the series brings other people into the madness that Syd has been going through on her own. The first time we laid eyes on Stan, we knew it was him who would figure out the superpowers of the girl next door from him. The only question was how it would happen. Continuing from the events of the previous episode, which had focused on Syd and Dina, this one jumps into the action with Stan’s point of view. Another twist is added in the mix by the end of the episode, and it brings us another step closer to understanding the mysteries of Sydney.

I Am Not Okay with This Episode 4 Recap

After running away from the party, Syd’s emotions boil over and she uproots a couple of trees in the forest. Stan witnesses her power display and tries to talk her into testing her limits. While Syd copes with the embarrassment after kissing Dina, she decides to let Stan be her guide and find out where her powers come from.

I Am Not Okay with This Episode 4 Review

Every superhero needs a mentor figure, and in the case of teenagers, it is almost always another teenager who has read a lot of comics. For Sydney, it is Stanley. ‘Stan By Me’ focuses on Sydney trying to understand her powers. In the previous episode, she had sent a shockwave around her that uprooted all the trees in the vicinity. This episode starts with the overlapping events, from the perspective of Stan, who eventually discovers Syd’s deepest darkest secret. To his surprise, it is not the thigh zits!

The show continues to be more comical, especially through Stanley. His nerdy behaviour and awkwardness around Syd whom he likes, but is beginning to sense that she might not like him back that way, makes him affable. While he gets ready for the party, practices asking out Syd, and drives around in a car that smells like weed, he also has to suffer the wrath of his abusive father. It is, no arguments, a common cliché used in teenage dramas, especially when it comes to the ones with a supernatural twist. You want to make a character more lovable, add some trauma in their lives. And no matter what we say, it always works.

There is an undeniable allure in human suffering and what makes ‘I Am Not Okay with This’ better is that it doesn’t directly resort to violence to show us that the characters are going through some shit in their lives. The actors, on their part, incredibly bring out the emotions. The look on Stan’s face as he gets out of the car and looks at his father standing at the doorway, we already know what is going to happen. The dread of it makes the scene more impactful than having actually seen him get beat up.

The story takes a step forward as Syd’s secret comes out and she finds someone dependable to share her feelings with. There is still time for her to control her powers, but she’ll get there. In the meantime, the show makes another necessary addition to the story. A hero is not a hero without a villain, and the final scene might just have given us a glimpse of that. However, as that happens, we wonder if the show was already doing well with the simplicity of a troubled girl with superpowers.

The series has found a pace with the slow, but steady, movement towards exploring the teenage issues of Sydney and the people around her. Even with the element of her superpowers in the story, it has been enjoyably relatable yet. In fact, the things that Sydney does, more or less, seem the extrapolation of the things that we. sometime, wish would materialise rather than playing over and over in our minds. Will the entry of a villain at this point change this?