Review: I Am Not Okay With This Episode 7 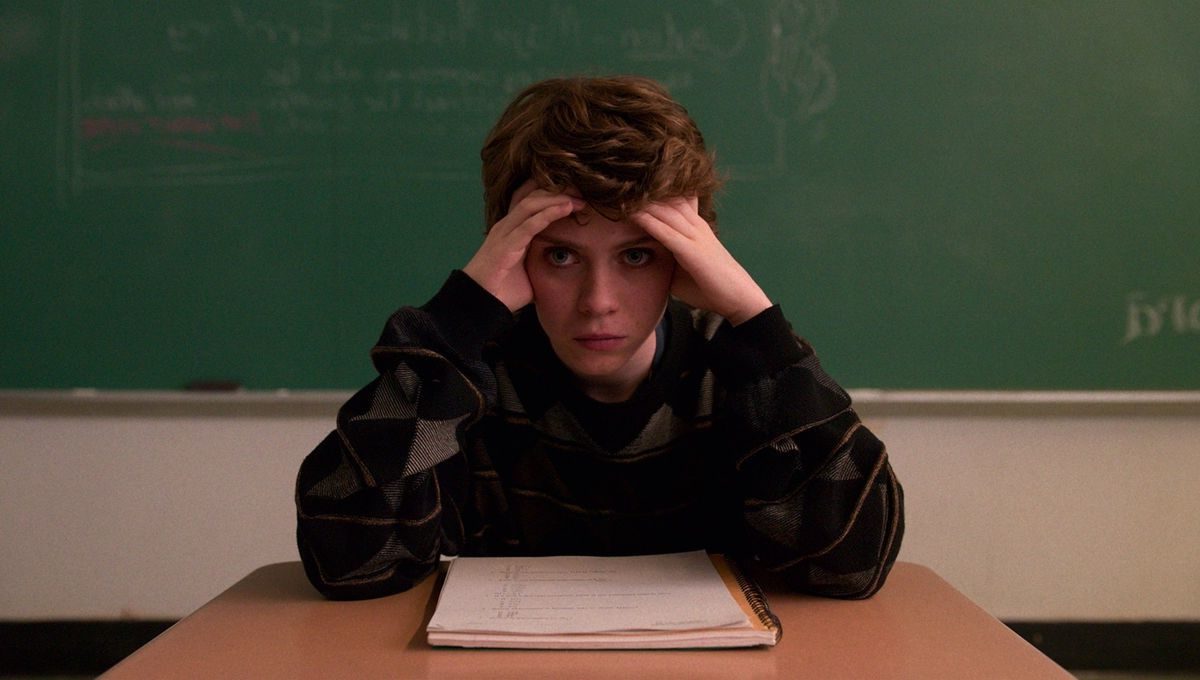 The first part of Sydney’s story comes to an end in a bloody and explosive finale. It circles back to the first episode of the series where we had first met with her, running down the street, drenched in blood. From what it looked like, it seemed that Sydney has a ‘Carrie’ moment. And, again, there were a lot of similarities between them.

Both of them struggled to control the power that was rooted in their anger. Both lived with their mother with the father out of the question and, as later becomes clear for the both of them, is also the reason for their superpowers. They are both somewhat of an outcast and the people who try to mess with them get into the habit of dying. Carrie wreaks havoc after the school dance, and Sydney finds herself in a similar position by the end of this episode.

I Am Not Okay with This Episode 7 Recap

After finding out that her father had been just like her, Sydney realises that she has a choice to make. She can either go down the same road as her father and die, or she can put on a happy face and ride the storm. She decides on the latter, and it starts with making amends with the people she loves and has hurt. There would be no trouble if she is not angry, or doesn’t feel any other intense emotion, so, she tries to be that way. Even when her diary is missing, she looks on the bright side and prepares to attend the homecoming with Dina. Meanwhile, Brad plans his revenge on her.

I Am Not Okay with This Episode 7 Review

They say, it is darkest before the dawn. But, in the case of Sydney, things take a reverse turn. Just when she thinks that everything is on the right track now, things blow over. She promised herself she’d do better, and she was. She made up with Liam, got her friend Dina back, shared an emotional moment with her mother, and came clean with Stan about her feelings. Moreover, with her paranoia gone, her stalker disappeared too. But there was one very real, very corporeal enemy she didn’t account for- Brad. And she thinks that she had been going crazy about someone following her, but we know it wasn’t so.

In its finale, ‘I Am Not Okay with This’ brings Sydney face to face with both her fears. One of them is not as bad as she had expected. This episode challenges Sydney and even shows her, and us, that she should not be the one to be afraid. Others should be afraid of her, and the way the homecoming ends, she has given them a good reason to. The finale sets the stage for the next season, which should not be so difficult for Netflix to greenlight, rather dramatically and with the cliff-hanger that it leaves us with, there is no way we wouldn’t want to see how it turns out.

‘I Am Not Okay with This’ is not perfect. It does seem stuck in the same old routine of teen stories, and is certainly not something that we have never seen before. It suffers the brunt of comparison with other great shows, and doesn’t measure up to them either. But that might be because it hasn’t yet had enough time to create its own world.

The choice of keeping it to seven short episodes definitely restricted its ability to expand as much as other shows did. But this trick also meant that it didn’t overstep its mark. It was just enough for one season, without compromising on the content. In the second season, perhaps, we will be able to judge it individually, when it has come out of the shadow of other great Netflix shows and found its own footing.