Review: I Know This Much Is True Episode 5 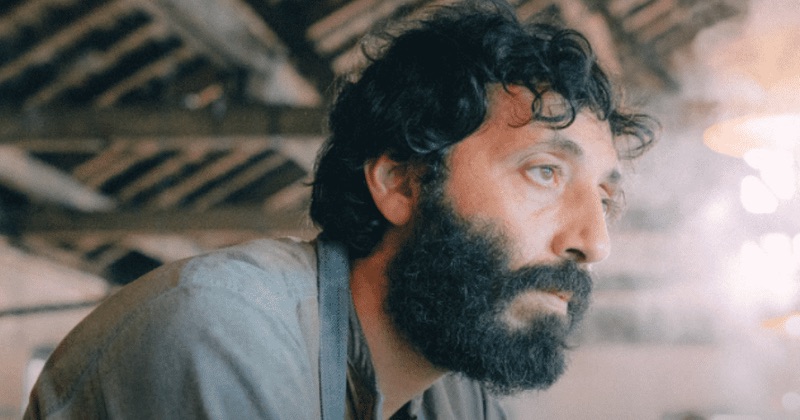 One of the things that Dominick had mentioned about himself in the first episode of ‘I Know This Much Is True‘ was the curiosity of knowing his biological father. He had talked about his despise for Ray, his step-father, and had wished his real father to come back and rescue him from this situation. He also mentioned his grandfather and how highly his mother talked about him.

As the episodes passed by, we discovered that Dominick barely knew anything about his mother’s side of the family and nothing about his real father, who was never talked about in their house. All that he knew was either hearsay or his imagination. He got the chance to know more when his mother gave him the book written by his grandfather. He thought he might find something about his real father in it. But as he starts reading it, a portrait of a completely different man is revealed to him. There is a reason they say, “Careful what you wish for”. Dominick is starting to realize that now.

I Know This Much Is True Episode 5 Recap

Dominick starts reading the autobiography of his grandfather and the facade of “a great man from humble beginnings” soon starts to fall off. The story begins from the time of his arrival in America, with his younger brother, Vincenzo. Much like Dominick felt with Thomas during their childhood and adolescence, his grandfather also feels tied down to his brother who is not as serious about work as he is about flirting with women. He also mentions the Drinkwaters, establishing a connection between their families long before Thomas and Dominick met Ralph and his sister at school.

I Know This Much Is True Episode 5 Review

In the penultimate episode of ‘I Know This Much Is True’, Dominick starts to get closure about the things that have been plaguing him from the beginning. His greatest worry had always been Thomas, and both their lives had taken a turn for the worse when Thomas was admitted to Hatch after he cut off his hand. Dominick knew it was not the right place for his brother, but as things started to get out of hand, he found himself at a complete loss of control over anything. There was nothing he could do anymore for his brother.

The situation changed when he received a phone call from Ralph Drinkwater. He gives him something concrete to help Thomas, and surprisingly, everything turns out to be in Dominick’s favor. It all happens so quickly and so easily that even the audience starts to wonder ‘what’s the catch?’. We are not wrong in asking this question, the answer to which will probably be revealed in the final episode of the show. However, if you’ve been paying attention to the signs, then you will find that Thomas’s fate might already be sealed.

Before Dominick gets Thomas out, he spends time reading about his grandfather’s life. It doesn’t take much time before he realizes why Nedra had said such bad things about him, going so far as to recommend him not to read the book at all. But the curiosity that had bugged him his entire life got the best of him and the bubble of his great grandfather was burst.

Domenico Tempesta was not a very likeable person. He was driven and dedicated to making a good life for himself in the new country, but that was not an excuse for him to do all the bad things he did. What’s worse for Dominick is that he starts to find a lot of similarities between them, especially in the case of their brothers. This makes us wonder that if Dominick’s fate is intertwined with that of Domenico, does it mean that Thomas’s is connected to Vincenzo?

Another knot that this episode untangles is the reason behind all the misery in Dominick’s life. From the beginning, he believed that he was doomed. At one point, he called Thomas his curse and accepted that this was the pit he was never going to find a way out of. His life is marked with a streak of misfortune.

First, he got a schizophrenic brother, the weight of whose dependence has often crushed his life and dreams. Then, he lost his daughter and things fell apart with Dessa. Soon enough, his mother died too, and then Thomas landed himself at Hatch. Things didn’t get any better after that, and now he knows why. His grandfather had invited this curse upon himself because of his arrogance and violence, and Dominick has been bearing the brunt of it.