Review: Into the Night is Formulaic but Entertaining 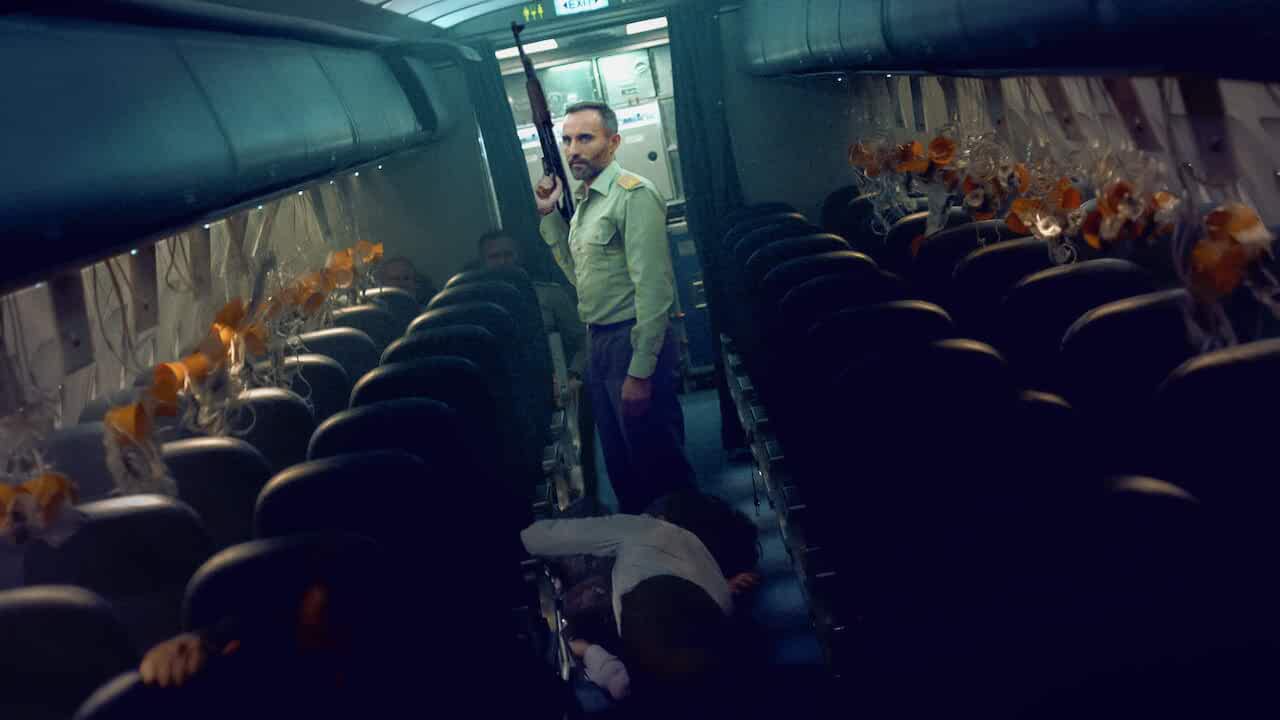 From aliens to zombies to gruesome nuclear warfare, apocalyptic shows and movies have almost walked us through every possible way in which the world could come to an end. Netflix’s new Belgian TV series ‘Into the Night’ walks along a similar path and explores the idea of “armageddon’ through the eyes of the passengers of an aircraft.

Although its concept is not exactly unique, the show packs enough thrills to keep you at the edge of your seat throughout its runtime. It does not boast a high production and neither does it try to lure you with any form of gore. Instead, it takes a very formulaic approach that dabbles predominantly with the interpersonal conflicts of the characters who show who they truly are when humanity is at the brink of extinction. ‘Into the Night’ may be very similar to other offerings of the sub-genre, but is quite entertaining nonetheless.

Into the Night Plot Summary

In the initial moments of ‘Into the Night,’ a man named Terenzio rushes into an aircraft with a gun and then hijacks it. But soon, he establishes that he has no intention of hurting anyone on the plane. He points his gun at the pilot and asks him to fly West. Soon, he reveals that anyone who is coming in contact with the sun is dying and they must somehow stay in the darkness of the night to make sure that they don’t meet the same fate.

Although no one believes him at first, as soon as they reach their next pitstop, they realize that he was right. With death tailing them throughout, the pilot and the passengers of the plane embark on a dangerous journey to the West to avoid coming in contact with daylight. But along the way, these tough times either bring out the best or the worst in the passengers and their battle for survival turns out to be a lot more perilous and nuanced than they had initially anticipated.

Into the Night Review

In some ways, the first act of ‘Into the Night’ alludes to Noah’s Ark, where a “Genesis event” is pushing the world towards its end and the aircraft serves as an Ark for the last surviving few. Barring the last few, all the episodes the series adopt a very redundant narrative structure where each episode begins with a character flashback. This character then drives the overarching narrative of the episode and his/her backstory comes in tandem with what’s truly going on. However, despite this, almost none of the characters seem fleshed out to their utmost potential and that’s probably because of the vast cast of characters that are involved in the series.

Even so, what makes up for this lack of individual character development is the show’s representation of the dynamics between them. Throughout the show’s runtime, the characters go through a well-thought-out cathartic process before they establish a form of normalcy on how they can work through these tough times. There are also moments in the show that accurately depicts how leadership in their group is established through an intense process of storming, which later helps them realize their respective roles.

When it comes to the sci-fi elements of the series, it never really tries to delve too deep into its intricacies and barely involves any scientific or technological gobbledegook. In fact, its sci-fi elements take a backseat somewhere in the middle and only resurface near the end. This approach works really well with its overall quick-paced and intense storyline that primarily highlights the inner linings of its characters and not the implications of the solar disaster on the rest of the world. Not to mention, it also has this underbelly of social commentary which slightly touches upon themes of justice, remorse, repentance, and religion.

Overall, if not anything else, ‘Into the Night’ is quite an enthralling ride while you’re watching it. It’s not nuanced enough to stay with you once you’re done watching, neither is it intriguing enough for a rewatch. But if you’re looking for something in the sci-fi genre that brings you a fresh concept and a delicious platter of humanity implicit in extreme sorrow, you should certainly check it out.