Review: ‘The Little Hours’ is a One-Note Sex Comedy 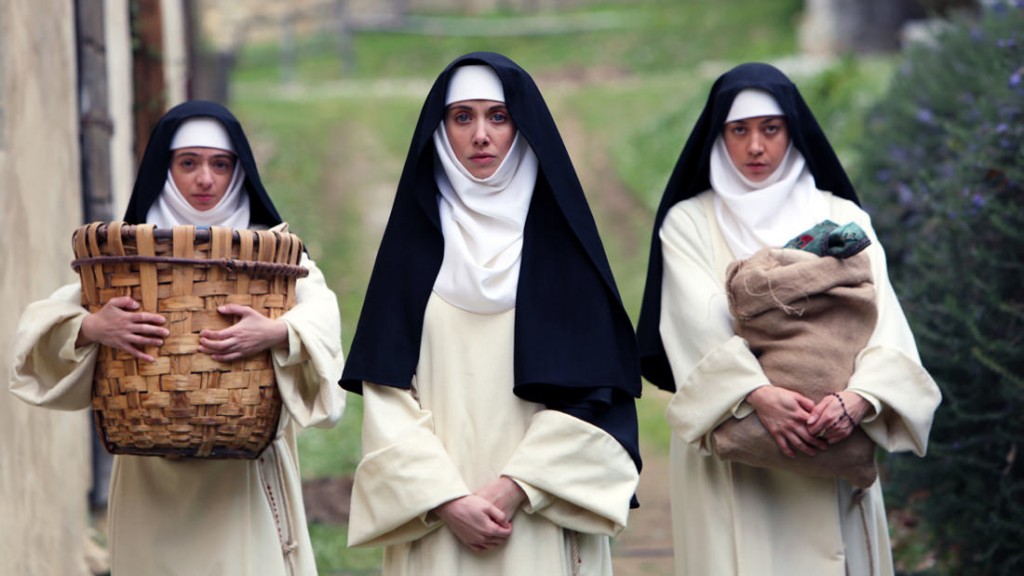 Writer-director Jeff Baena’s naughty nun comedy, The Little Hours, follows its main trio throughout a series of debaucheries, each one trying to shock you more than the last.

As an idea for a depraved comedy, Baena (who previously made the zombie romance Life After Beth) is on to something original and twisted. Therein lies the problem. The Little Hours is a movie built around an idea and never fleshed out into a coherent movie. Even at just 90 minutes, the movie starts to flounder early on, relying on its central conceit instead of using it to comedic effect.

Set during the Middle Ages, the movie follows Sister Alessandra (Alison Brie), Sister Fernanda (Aubrey Plaza) and Sister Genevra (Kate Micucci), who navigate life in the church under Father Tommasso (John C. Riley) and Sister Marea (Molly Shannon). Fernanda is the most corrupt of the nuns – and who better to play that role than Plaza? – but Genevra and Alessandra have their own sets of temptations they give into.

Their lives are upended when Father Tommasso brings young servant Massetto (Dave Franco) to the church. Massetto has fled his home and master (played by Nick Offerman) for having an inappropriate relationship with his wife. The sisters have an immediate attraction to the stranger – except for Fernanda, maybe, who just wants to know who the f— is the strange man lurking around their grounds.

The f-bombs start flying early in The Little Hours and they never relent, which gives the feeling the movie doesn’t have fresh ideas as it goes on. The third act goes so horrendously off the rails in an attempt to bring shock and uncomfortable laughter but it just appears the movie gave up.

Everyone is having fun in their roles and The Little Hours does have a quick and snappy vibe to it but there is an escapable feeling we are watching a frustratingly aimless one-trick pony.