Review: ‘The Lure,’ A Movie About Cannibal Mermaid Sisters 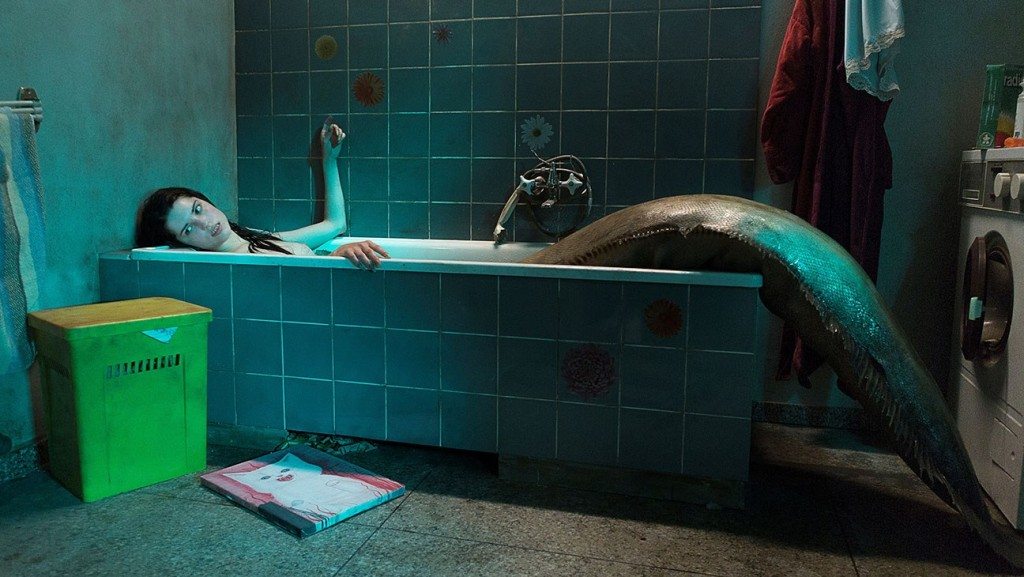 The plot of ‘The Lure’ might read as clickbait but director Agnieszka Smoczynska is so committed to her bizarre story that she sells it. Even when the movie’s weirdness sometimes gets in the way of itself, you are never bored or uninterested in where she will take you next.

‘The Lure’ is a Polish fantasia, which follows two sisters – mermaid sisters – on land as they try and find love and assimilate to their new life. Sounds sweet and simple, right? Just see the film.

The sisters, Gold (Michalina Olszanska) and Silver (Marta Mazurek), are drawn to land when one chooses to romantically pursue Mietek (Jakub Gierszal) in the attempts of feeling love for the first time and living a normal life. Their adventures on land lead them to a seedy nightclub, where they are hired to perform as part of the band and put their seductiveness on full display for the club’s patrons.

As one of the sisters pursues Mietek, the other pursues any human she can feast upon. Yes, ‘The Lure’ features cannibals; these are not your average movie mermaids. Gizmo and gadgets and thingamabobs? These mermaids don’t care.

What has been described so far of the film probably seems incoherent and doesn’t make any sense, which at some points, it doesn’t. To the credit of Smoczynska, she has created a wholly ambitious feature, one of mood and style and pure B-movie glory. She takes a basic premise about sisters, fills it with familiar themes of sibling bond and rivalries, and then rips its beating heart out – sometimes, literally. She does so with a strange finesse, oozing with style.

‘The Lure’ is not for those who aren’t willing to take a risk and appreciate when a risk is being taken. A niche film, to say the least, ‘The Lure’ will cater directly to those who worship midnight cinema