Review: ‘The Platform’ is a Brutally Haunting Satire 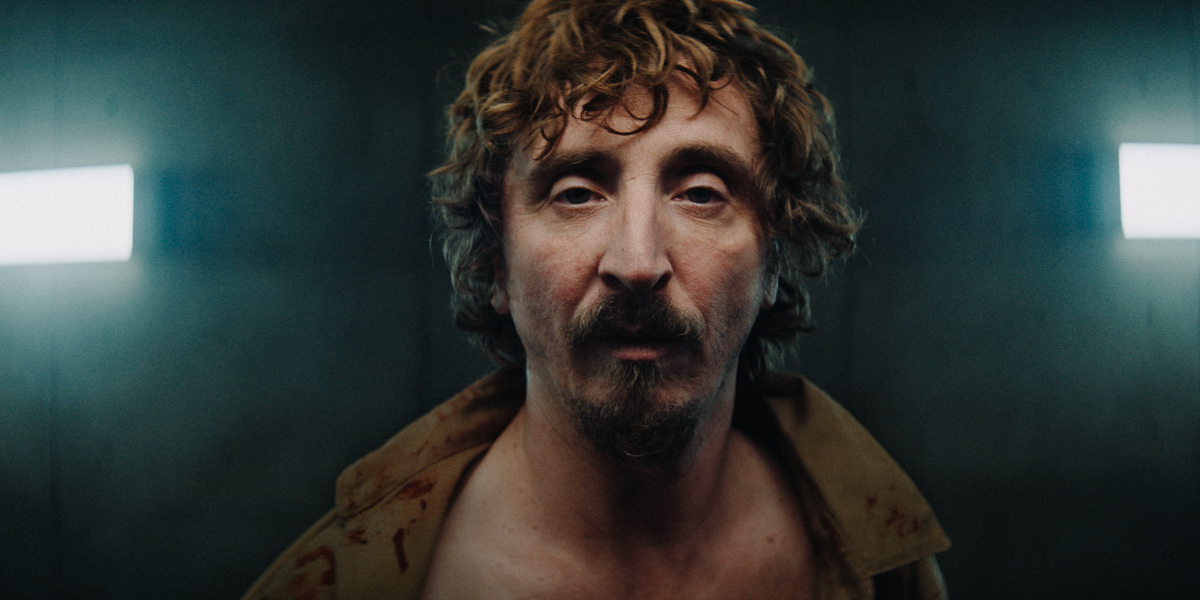 Galder Gaztelu-Urrutia makes a brutally haunting debut with ‘The Platform’ as it fleshes out the horrors of capitalism and class structures. While the film has as an “obvious” social allegory, it is Gaztelu-Urrutia’s treatment of the allegory that makes it stand out from others in the genre. ‘The Platform’ unravels like a grotesque fever dream, but it continues to creep on you even as it ends, leaving you with an uneasy question: who would you be in the Pit?

Set in a dystopic near-future, ‘The Platform’ centers around a vertical prison building called “the Pit” which inhabits hundreds of people across its countless levels, for various different reasons. We see the Pit through the eyes of Goreng, a newcomer with “a big heart”, who’s initially as horrified as us to learn how the structure works. But soon enough, begins to adapt to its cruel ways. SPOILERS ALERT! 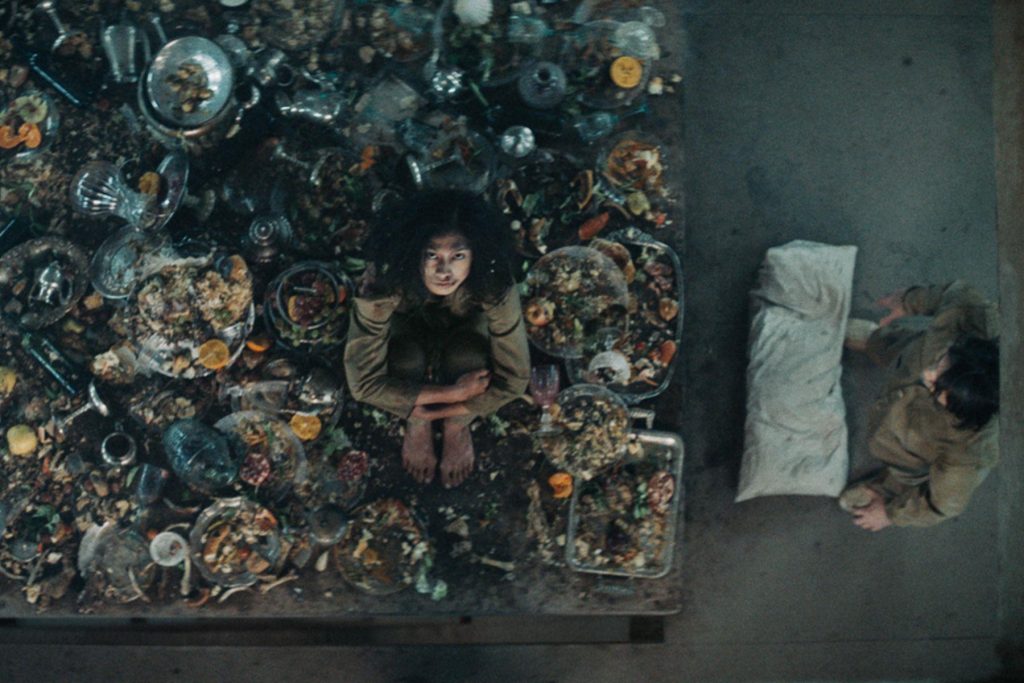 Goreng first finds himself in a gray, concrete cell on level 48 of the Pit. Trimagasi, his cellmate, introduces him to the workings of the titular platform that descends each day through the pit, bearing a feast fit for kings. The twist, however, is that those below eat the leftovers of those above.

Until, there is nothing left for the ones that reside in the depths of the pit. The people at levels that do not get food either die or find alternative ways to sustain themselves, often resorting to cannibalism. At the end of each month, however, the cellmates are shifted to another level randomly.

Goreng is disgusted with the condition of the food, but eventually gives in out of hunger. He bonds with Trimagasi, who reveals he’s in the pit because he accidentally killed an immigrant. Goreng, on the other hand, volunteered for 6 months. It is also revealed that each individual gets to carry an item, and while Goreng brings his copy of Don Quixote, Trimagasi has a “Samurai Plus” knife.

As the new month begins, Goreng wakes up on level 171, and finds himself all tied up by Trimagasi. No food reaches the level, and in order to survive, Trimagasi reveals that he will eat parts of Goreng’s flesh, but not kill him yet. What follows is a spine-chilling account of Goreng’s survival over the months across the hundreds of levels of the Pit. As he’s paired up with people from different walks of life, he watches men and women die, and ultimately tries to break the cycle.

The past years have witnessed some hard-hitting features like ‘Snowpiercer’, ‘Cube’, and of course, this year’s Oscar-winning ‘Parasite‘, all of which expose humanity crumbling under the weight of capitalism. Given the concept behind ‘The Platform’, it is hard not to draw comparisons between these films. However, while most social allegories of the kind focus on Rousseau’s “eat the rich” philosophy, Gaztelu-Urrutia dives into the dizzying depths of the hell hole he creates, revealing to us a devastating reality of the poor devouring each other.

‘The Platform’, much like its name, offers a grotesque feast to the viewers with its riveting portrayal of class stratification through the different levels of the Pit. In times when the horror genre seems to be dominated by socially conscious content, Galder Gaztelu-Urrutia serves us a politically charged buffet of the horrors of capitalism with his ruthless debut.

The powerful performances of the cast elevate the film all the more, but it is Zorion Eguileor’s Trimagasi that you take back with you. While the striking cinematography and minimalist set design of ‘The Platform’ build an effective atmospheric terror that leaves you feeling uneasy, and at times even queasy, with its brutal visuals, of both the food and the flesh.

The sci-fi dystopian horror premiered at TIFF last September and earned itself wide critical acclaim, winning the Midnight Madness Award. While ‘The Platform’ left quite a mark back then, the film gets a whole new meaning in today. It is impossible to deny how close to home the social allegory hits in times of the coronavirus pandemic.

‘The Platform’ makes you all the more aware of the terrifying class divide in times of the pandemic as the riches continue to hoard, while those who can’t afford are left with nothing. It almost seems to mirror a future possibility for us as a society as a particular section of the society would be left to starve, while the other has much more than it needs to. But what truly makes ‘The Platform’ a nightmarish portrayal of our times is that it makes us aware that we could have blood on our hands.

There is also something quite haunting about having a self-isolated and quarantined audience watch a single-location dystopian horror like ‘The Platform’. Isolation is also a theme that the film explores particularly well with its visuals. The minimalist set of the cell in the ‘The Platform’ adds on to this with its cold blue-grey tones and bloody red lights. But so do the flashback scenes of Goreng being interviewed. The composition of the scenes, with Goreng as the solitary figure, immediately reminded me of Edward Hopper’s haunting paintings. It also brings a sense of timelessness to the timely satire.