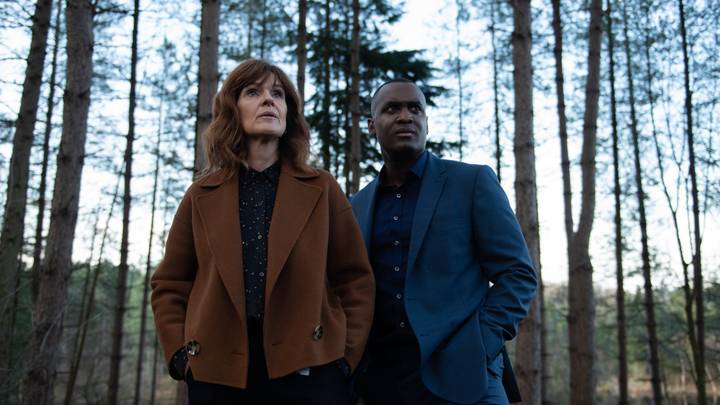 Do not talk to strangers. Nothing good ever comes of it. Yeah, all of us have heard it before. But Netflix’s latest mystery thriller might have just turned it into our worst possible nightmare. Nah, it does not involve gruesome murders (not yet at least). And neither is it in anyway dependent on physical action. Instead, it relies on words coming out of the mouth of a complete stranger.

Simple words, that can ruin lives as you watch everything you know to be true crumble before you. Well, that’s what happens when a secret gets revealed. And with the second episode of ‘The Stranger‘, our mysterious woman finds her new target. SPOILERS ALERT! 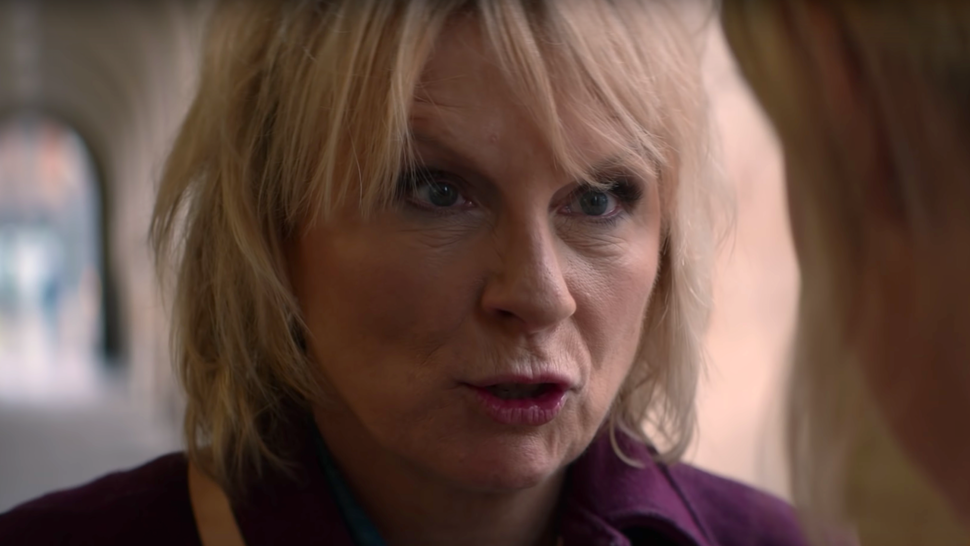 The stranger finds her next target in Heidi Doyle and corners her as she leaves her bakery. She tells Heidi about her daughter, Kimberly, being a part of findyoursugarbaby.com, and blackmails her to give her 10,000 pounds in the next three days.

Corrine is still missing, and Adam goes to school in hopes of finding her there. But instead, has a conversation with another teacher/parent, Vicky, who reveals that intimate photos of her 14-year-old daughter, Ella, have gone viral. The photos are supposedly not hers but whoever made them viral, shared them through Ella’s phone.

Meanwhile, Tom, Daisy and Mike try to get rid of the alpaca head. Turns out, Mike killed it in the woods and carried it to Tom’s place. It is hinted that he was drugged as he can still feel the effects of it. The three were also with Dante that night, and are hiding things. Officer Johanna suspects this and decides to track them down. It is also revealed that there was MDMA found in Dante’s system.

Adam tries to get to the truth and tracks Suzanne Hope down with the help of his client, the retired officer, Killane. But when he mentions Corrine’s name to Suzanne’s husband, he gets beaten up. The three kids decide to bury the alpaca head in the woods and blame it on the case of cult sacrifice from two months ago. But they spot a stranger in the woods and run away, and Mike ends up running into Johanna and Wes.

Another stranger shows up to Heidi’s bakery. He claims to be a cyber crime officer, and asks questions about the mysterious lady. Heidi soon realizes that he is lying, and tries to call Johanna. But the man knocks her unconscious, and later shoots her leg. The end of the episode reveals that the man is actually a part of the police department. 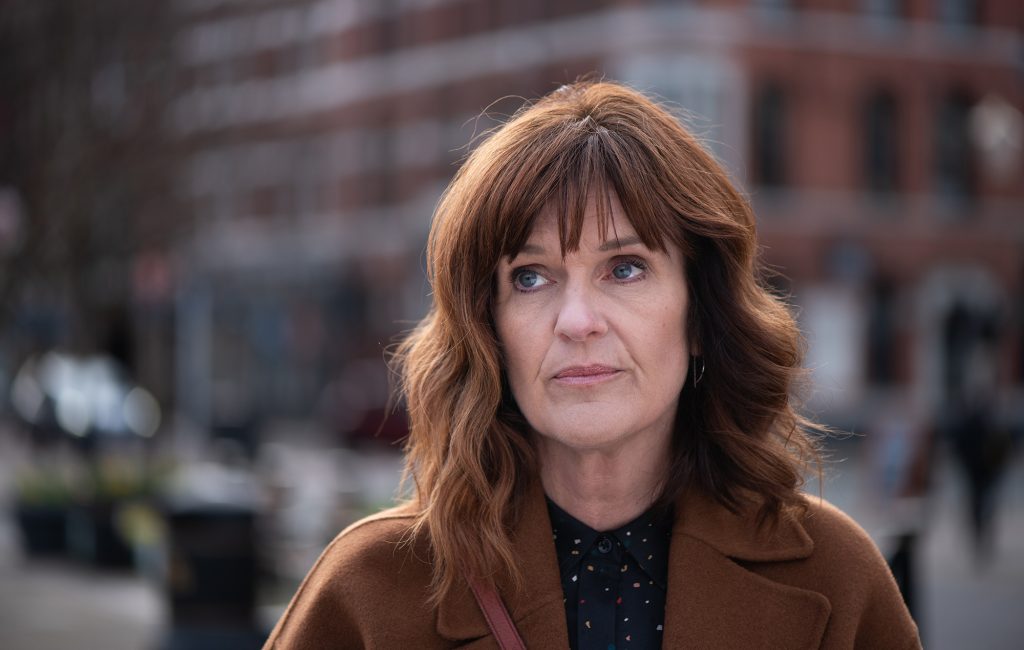 The second episode of ‘The Stranger’ begins to connect the dots with its different narratives as the mystery thickens. All the lives that unravel before are interconnected and entangled with one another in more ways than one. This becomes all the more intriguing to watch as it lets us peek into a tight community life of a small-town where each person has something to hide. There’s so much happening in the episode but not once does it feel rushed. At the same time, the series doesn’t waste time warming up but dives right into the action.

In the second episode, a new layer is added to the Stranger as she blackmails Heidi for money. It is also a somewhat surprising layer, though not entirely in a good way, as it makes the Stranger’s motive feel shallow. Whereas, with the way the series begins, it almost seems like there is something much larger at play. Perhaps, something about community consciousness and guilt. But, well, we will only find out for sure as we go.

The episode also consistently hints that what we see before us is only the tip of the iceberg. New characters are introduced with Adam’s father coming into the picture, along with Katz, the mysterious officer that shoots Heidi in the leg.

We also learn about Killane working on old missing persons cases, which might become relevant in more than one ways. Corinne could potentially be missing. And even she is not, in case, the series take the direction of community guilt, it could eventually tie up to one of these older cases. That is, of course, if ‘The Stranger’ ends up tying all the loose ends.

The episode also makes us realize that there could be several other victims to the Stranger with the arrival of Katz, as well as Ella’s leaked photos. In fact, almost every other scene of the episode adds on to the different layers of the mystery. For starters, what really happened during the bonfire night? Who was the stranger that the kids spot in the woods? What connection does Corrine have with Suzanne Hope? And, well, where is she?

These are only some of the questions from the hundreds that popped in my head. But this does go on to say that ‘The Stranger’ leaves you hungry for more. The episode continues to tease us by revealing just a little, but never too much, letting our imagination get the better of us. But the question is, will ‘The Stranger’ surpass our wildest imagination and continue to surprise us with all that it has to offer? We’ll soon find out.