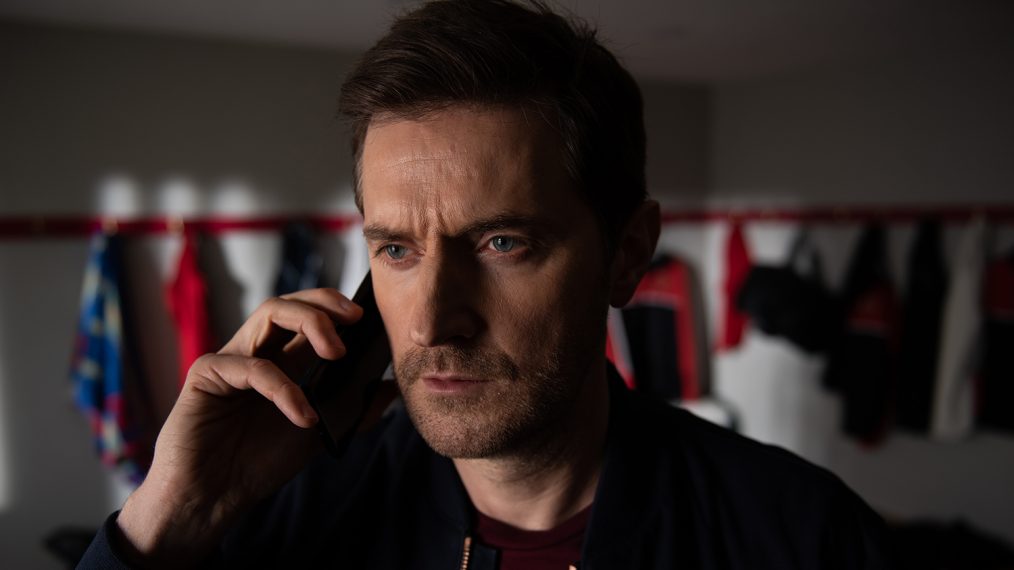 We all have our secrets, and we need them. Not just to protect ourselves, but the ones we love. Sometimes, we even need them to protect the ones we love from ourselves. That’s the just how the society functions; it is the way of the world. But what happens when a complete stranger comes upto you and reveals something so intimate that could destroy everything you hold to be true?

Netflix’s latest mystery series, ‘The Stranger’ follows this premise and introduces us to Adam Price, a middle-aged man with a seemingly perfect life and a family that he deeply loves. But it only takes one conversation with the Stranger to change it all as Adam sees his life crumble before him. The series is an adaptation of Harlan Coben’s best-selling mystery-drama of the same name. It follows Adam’s journey to get to the truth as he realizes there’s more to the secrets than what meets the eyes. SPOILER ALERT (This ‘The Stranger’ review is based on just the first episode.) 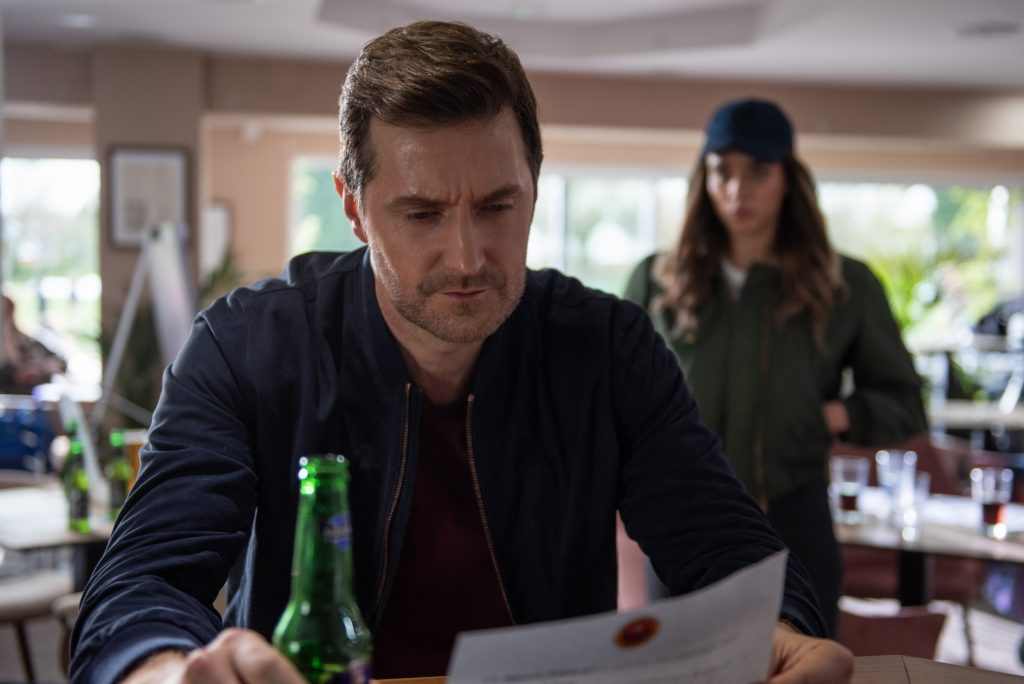 The episode begins with a naked boy frantically in the woods at night. We learn that there is a bonfire night taking place around the area. We then go 12 hours back, and the series introduces us to the Prices. Adam Price has two wonderful sons, and a lovely wife that he loves. He takes his younger one, Ryan, to the football practice, as he tries out for the A-team. His wife, Corinne, who is teacher, is away on a conference.

It is during the practice that Adam is approached by a stranger; a woman. She sits next to him, and tells him that his wife faked her pregnancy two years ago. And that if he wants to verify this he only needs to check for Novelty Funsies in his credit card transactions. Despite being hesitant, the seed of doubt begins to grow inside Adam, as he is deeply troubled by the news he learned. He makes some calls to the bank and realizes that Novelty Funsies is a cover name for a fake pregnancy website.

Meanwhile, his older son, Tom, along with his friends, goes for the bonfire night. The next day, we’re introduced to officers Johanna and Wes as they investigate a bizarre case. A white alpaca is found headless in the middle of the town, with a human bite mark on its leg. While investigating the case, they cross the woods and spot an orange jumper. As they go deeper into the woods they discover clothes and shoes lying around, and finally spot a naked boy’s body by the water. Turns out, the boy, whose name is Dante, is alive, and a classmate of Tom’s.

Adam finally confronts Corrine, who tells him that it is the truth, but there is so much more to it. She tells him about a lady, Suzanne Hope, who faked her pregnancy. Later during the day, Corinne disappears and doesn’t show up for the award ceremony. She messages Adam and tells him to not contact her for sometime. As the episode ends, we learn that Tom’s is hiding the alpaca’s head in his closet.

If I am being honest, I was not entirely sold with the premise initially. A stranger shows up and reveals secrets that have the power to destroy lives. Well, we have all heard that one before. But as I watched the premiere of the series, I realized I am definitely in for a treat with this one. The episode gets you hooked from the get go, and that’s not even the best part.

Netflix boasts that its latest miniseries is somewhat similar to ‘Big Little Lies’. Now that’s a big little name to compare the series to, especially given the massive success of the HBO miniseries. It’s also too soon to comment on whether ‘The Stranger’ comes anywhere close. But I do see why the see the connection as it lets us into the lives of ordinary people who all have something to hide. ‘The Stranger’ from the get go, feels like a gut-wrenching slow burn, as it one by one pieces together the different narratives.

The most intriguing aspect of the premiere is that it does not go around making big dramatic statements. There are no gruesome murders or kidnappings. These are just your ordinary people living their usual lives with, erm…almost ordinary secrets. Of course, the crimes committed are bizarre, and the secret revealed could ruin a family. But ‘The Stranger’ is not usual mystery thriller, which is why it makes for such a compelling watch. The mystery almost trickles down as the series progresses, leaving you thirsty for more. We definitely know that there is more to it than what meets the eyes. Only, we don’t how much more.

What’s also really interesting to watch in the premiere of ‘The Stranger’ is how the different narratives fit in, especially with the school students and the adults. This also another reason why it won’t be hard to form a link between the series and ‘Big Little Lies’. It wasn’t until then that I realized how deeply enthralling a mystery about a bunch of ordinary adults with seemingly perfect families could be. Adding to this are the captivating performances of the cast. Each one of the characters, despite their age, has an enigmatic quality that further lures you in. Of course, it is too soon to say whether or not ‘The Stranger’ lives upto its great start. But here’s hoping that it does.

Read More: Where Was The Stranger Filmed?