A Guide to All the Places Where The Stranger Was Shot? 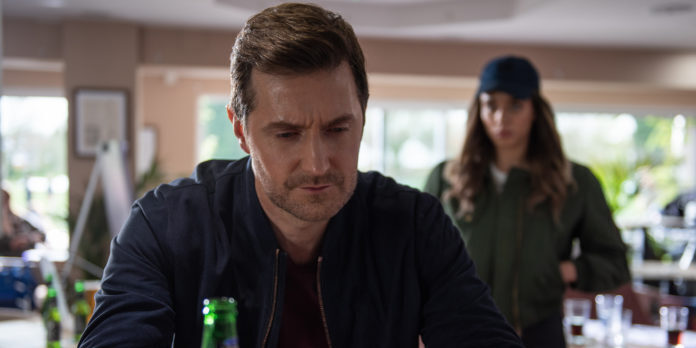 In its slate of new content for 2020, Netflix has relied a lot on the book to screen adaptations of some popular books as well as some of the lesser-known ones. One of them is Harlan Coben’s best-selling mystery-drama, ‘The Stranger’. Adapted for the screen by Danny Brocklehurst, it follows the story of a man whose world is decimated after a secret about his marriage is brought to light by a complete stranger. Richard Armitage (‘The Hobbit series’) stars in the lead role, alongside Hannah John-Kamen of ‘Ant-Man and the Wasp’.

Armitage’s character is not the only one who receives a shocking revelation from a person they know nothing about. In the book, the Stranger goes about wrecking people’s lives all over the country. In the show, however, the approach has been changed.  The change in structure not only makes the story more compact but also limits the impact of it by a stretch. This means that the characters are closer to each other than they appear, which is why the setting of the show becomes even more important.

To film the vulnerable moments of these people in which the Stranger catches them, you have to choose your spots very carefully. The locale also works into the story so deep that a number of things in the book had to be changed. Let’s find out more about the ‘The Stranger’ filming locations and how it fits into a different location than the one that the book started out in.

Where Was The Stranger Filmed?

The original setting for the story of ‘The Stranger’ is America. However, in its adaptation, Netflix takes it to the other side of the pond, which not only warrants a lot of change in the backdrop of the scenes but also in the story as a whole. The author of the book, Harlan Coben explained why the idea of transferring the mystery to a new setting felt great to him.

“Books and TV are a different poison. I don’t like adaptations that are a slave to the book version. This is why I have chosen Manchester for a location, where the book might be set in New Jersey,” he said. Due to this change, the filming of the show took place in the UK. Manchester served as the main filming location, but the crew also took to Bolton and Stockport to film additional scenes.

Manchester has served as a primary filming spot for a number of TV shows in the UK. The likes of ‘Peaky Blinders’, ‘Life on Mars’, ‘Darkest Hour’ and ‘Sherlock Holmes’ are some of the films and TV shows that have set camp in the city. Now, you can add ‘The Stranger’ to this list as well.

The star of the show Jennifer Saunders expressed her joy at becoming a part of the series and said: “I’m delighted to be playing Heidi in this new Harlan Coben drama. There is a great cast and production team with strong credentials lined up and we are all looking forward to starting filming in Manchester.”

The crew was spotted filming in places all over the city. Manchester City Centre, Ancoats, St Peter’s Square and Whalley Range feature in some of the important scenes in the show. About filming in Manchester, Coben said: “We filmed all across Manchester for the most part, as well as places around the city like Bolton. It’s a great place to shoot TV. There is some really incredible architecture in the region that looks great on-screen.”

Manchester has also served as the filming location of another Netflix series based on Coben’s book starring Michael C. Hall, ‘Safe’.

Apart from Manchester, ‘The Stranger’ also features the backdrops of neighbouring cities like Bolton, Stockport and Eccles. Some of the scenes have been filmed at the disused Moor Lane Bus Station in Bolton town centre. The crew was also spotted filming at the Peel Memorial outside Bury Parish Church on The Rock. Places in Stockport like The Plaza and the Market Place also feature in some of the scenes of the show.