Review: ‘Unstoppable’ is a Coming-of-Age Story With Heart 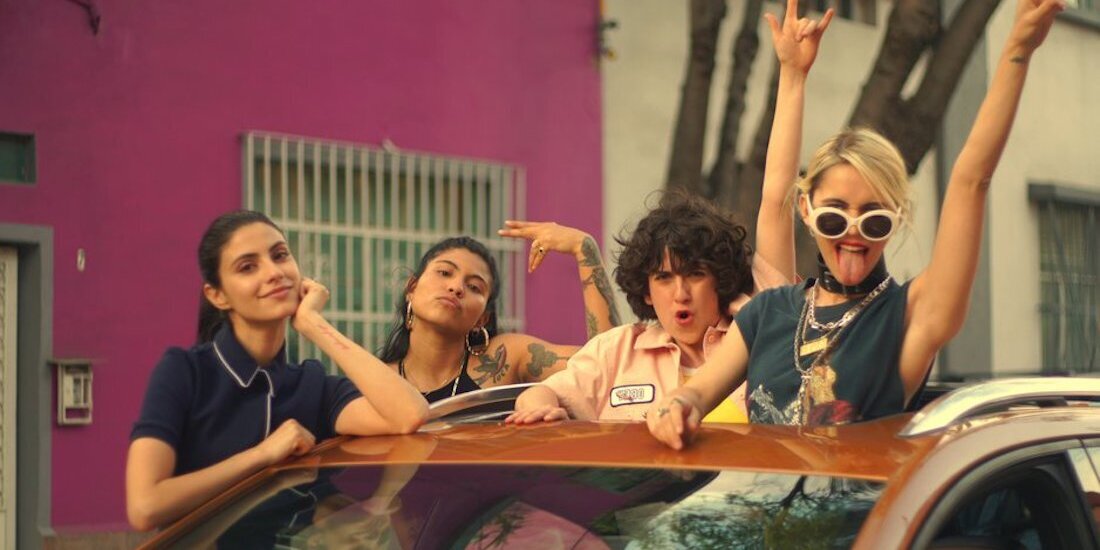 Netflix has consistently been bringing to us diverse and culturally inclusive content by going globally local in the past years. With the female-driven Mexican drama ‘Unstoppable’, or ‘Desenfrenadas’, it offers a feminist twist to the road-trip sub-genre of buddy films/series. It takes us on a wild ride (quite literally) with a bunch of flawed but lovable women with contrasting personalities as they try to get away from their personal struggles.  However, an unexpected turn of events transforms their weekend-long road-trip into the journey of a lifetime. SPOILERS ALERT! 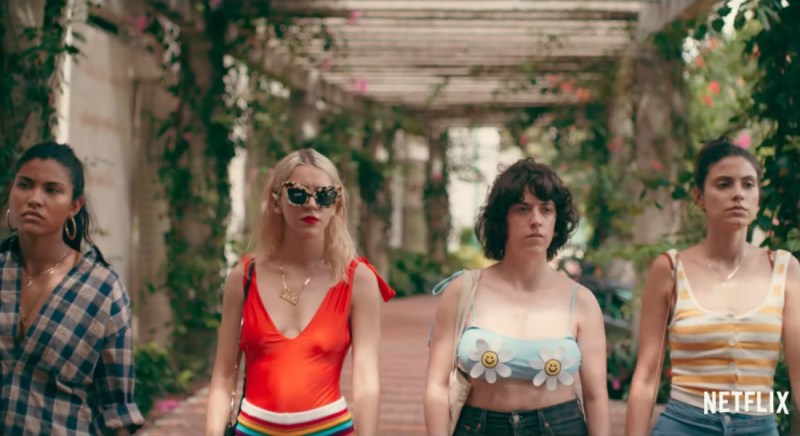 Three friends make an impulsive plan to go on a road-trip to Oaxaca to get away from their messy lives. Rocio is a driven medical student grieving the loss of her sister. She finds herself stuck in a life that her father, Ignacio, created for her. Ro is also in a relationship with Juanpi that she no longer feels happy in.

Vera, on the other hand, is the wild one. She’s spoilt, reckless, and lashes out at work in by breaking her coworker’s laptop when she doesn’t get the promotion she worked for. Despite all her wild “mean girl” attitude, she’s hung up on a commitment phobic DJ who doesn’t treat her right, while struggling with her own childhood trauma.

Carlota is the third friend that completes this crazy trio. She’s a fierce feminist and a poet trying to find her voice. But she’s too afraid to actually do something about it as she thinks she may not be good enough. Each one of these women are struggling with themselves, their work, and their relationships, and embark on a journey for some soul-searching.

The trio cross paths with Marcela, a stranger with a dark secret, desperately trying to save her brother while struggling to make ends meet. She asks for help, but on being denied by Vera, forcefully makes them give her a lift till Oaxaca, on gunpoint. Despite the forced arrangement and their difference in privileges, the women find themselves developing a deep friendship with the stranger. What follows is an almost ‘Thelma & Louise’ kind of adventure, filled with unforgettable lessons and a bond for life.

It is 2020 and there are still not enough buddy films/shows revolving around a group of women going for a road-trip. In this way, ‘Unstoppable’ is certainly a fine addition to the genre. Of course, its premise is in no way original, but what the series does with the premise certainly is. ‘Unstoppable’ offers a feminist take on the tried and tested “road-trip gone wrong” premise.

This is precisely what makes ‘Unstoppable’ stand out from the rest of the offerings in the genre. It comments on white privilege of women coming from affluent families, despite their personal struggles. And it does this in a sensitive and empathetic manner. Marcella’s character, then, becomes significant in several ways as it not only allows the three women to grow and learn, but it also offers a different lifestyle and set of values.

It is also important to praise the way the four characters are treated in the series. Each of them is flawed, and makes questionable choices, but it is hard not to feel for them especially with the cast’s impressive performances and chemistry. Marcella could have very easily been just a plot device, but she is so much more than that. The four women, in one way or another, complete each other, and help each other to grow.

‘Unstoppable’ starts off as a bingeable, quirky, guilty pleasure, but progresses into something much deeper. The second half of the series is certainly stronger than the first half as it increasingly becomes more meaningful as it progresses. One of my favourite episodes from the show is the sixth one titled, ‘Stormy Ladies’. It almost completely sums up what ‘Unstoppable’ wants to be – a series about detours that make the journey what it is, filled with sisterhood, intimacy, lessons, and kind-hearted strangers. I also appreciated how none of the characters ends up with a man, despite Ro finding potential love interests more than once.

The series explores certain sensitive and important subjects to do with body image, oppression, toxic masculinity, sex-work, and sexual and physical abuse. Above all, I loved the way it explores sisterhood, and has some really diverse and strong female characters apart from the main cast, including Carlota’s mother, the midwife, and Mare.

Despite its feminist take, I did find certain aspects somewhat flawed, if not problematic. The series portrays a lot of nudity, but the kind that feels more sexualized than real. I understand how for a show exploring empowerment, it is important to have young women owning their bodies and engaging in sexual activities. But in parts it feels unnecessary, almost sensational, and inevitably has a male gaze attached to it.

‘Unstoppable’ also portrays most of its men in a heavily misogynistic light, which makes sense in the context of the series, and well, otherwise too. But at times comes off as a little forced. Though I also really appreciated characters like Vincente and Tobias who fulfilled a brief but important purpose in this heartwarming and wild coming-of-age story about sisterhood and self-discovery. Overall, ‘Unstoppable’ is certainly worth a watch despite its flaws. It can be seen as a meaningful binge-treat that hits the right chord and has something fun yet important to offer.