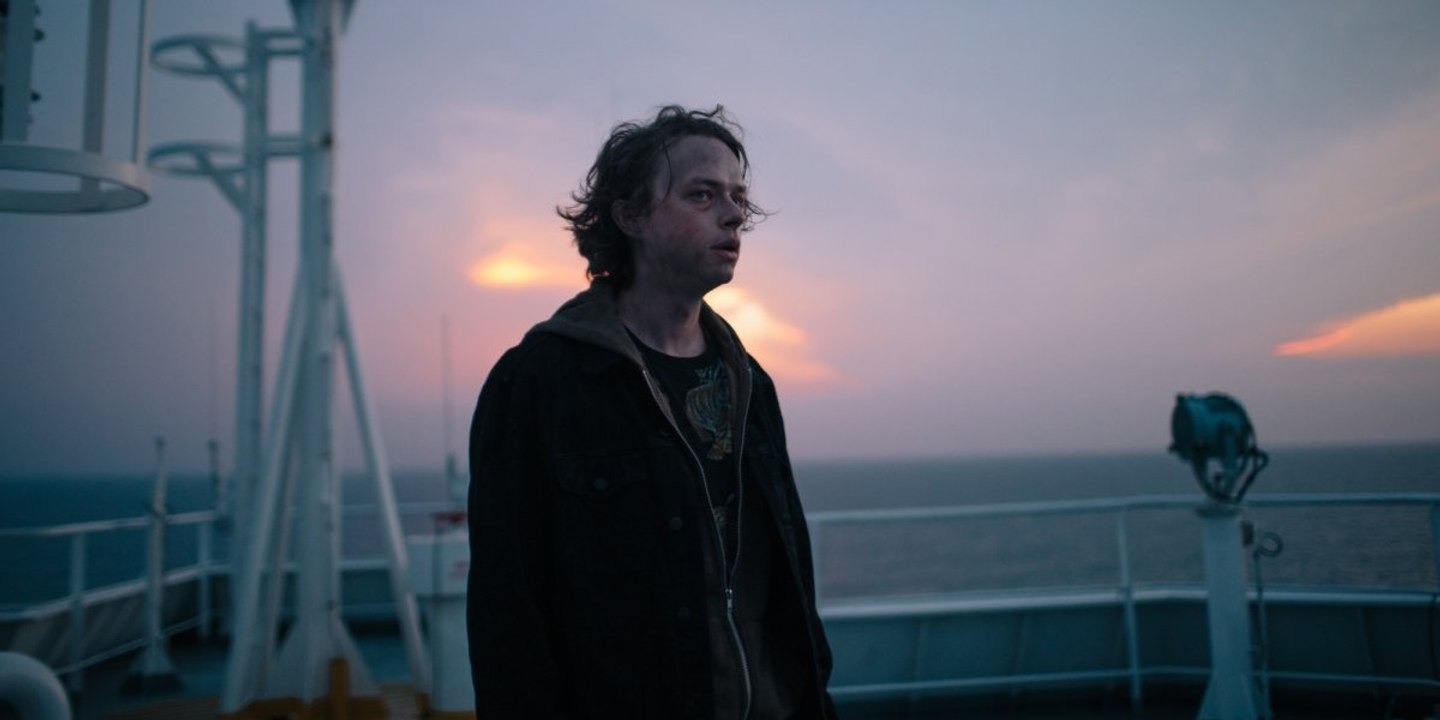 If there is one thing we have learnt by far in this show, it is that you can’t trust anyone. This business is a game and there are no team players here. Even the ones who look like they are righteous and decent are not really so. In this episode, we see the characters facing the consequences of their actions and finding ways to survive.

Chris is trapped in a place with no doors. Stefano returns to the familiarity of his town, but by now, the entire equation has changed and nothing is as he had left it. After killing his superior and other soldiers, there is no turning back for Manuel and his men.

After killing their superior on the ship, Manuel and his men look for other options to survive. He comes up with a plan to become an active player in the drug business rather than being in the shadows and cleaning up the dirty work of others.

Chris takes a tour of the ship and discovers that someone has been messing with the engine room. Someone on his ship is trying to stop this shipment from reaching Italy. The conspirator is closer to him than he had expected. Stefano returns to Italy but finds out that Nicola has gone missing and suspects that his grandfather is behind it. Don Minu ponders upon the last time he had to fight a war like this and the consequences it bore for him.

As the cost of one betrayal is demanded, another backstabber surfaces in the third episode of ‘ZeroZeroZero’. Chris had been entrusted with the shipment by his sister, and he was accompanied by the people that his father had worked with and trusted for so many years. But after his death, the pieces on the board begin to shift, influenced by the wave of changes taking place in the criminal world of Calabria.

Chris has to face the brunt of this treachery all alone in the middle of the sea. The setting of the sea, endless yet claustrophobic, perfectly brings out the emotion of Chris’s situation. He finds himself trapped in a place from which there is no escape. The severity of his condition is further extrapolated in the scene where he is stuck in a cabin while his ship burns. As the lights go out on the ship, the screen goes blank and we experience the impenetrable darkness that surrounds him now. Helpless and no reprieve in sight, how can someone possibly survive such a thing, we wonder.

Another person who finds himself trapped is Stefano. He had meticulously planned out the coup against his grandfather, and in the last episode, it was also hinted that it had something to do with his father’s death. In this episode, the picture becomes clearer when the confrontation finally happens between him and Don Minu. Now, he, too, is stuck in an impossible situation.

By conspiring against Minu, Stefano has highlighted the ones who are not loyal to the old man. These people can’t abandon the plan now, they have to see it through. Minu won’t take them back. On the other hand, his grandfather has displayed expertise in playing this game and comes close to killing him too. He gives Stefano to make a choice then and there, and then face whatever comes next.

While Chris is suffering on account of someone else’s duplicity, Stefano is cornered by his own actions. In its third episode, ‘ZeroZeroZero’ uses their parts in the play to imbue the story with more tension and depict the treacherous grounds one has to tread in order to survive this business. In the end, it is each man for himself and the three men who are the focal points of this episode land themselves in a mess that requires them to make some tough decisions that will change the course of their lives.