Where Is Rey Rivera’s Family Today? 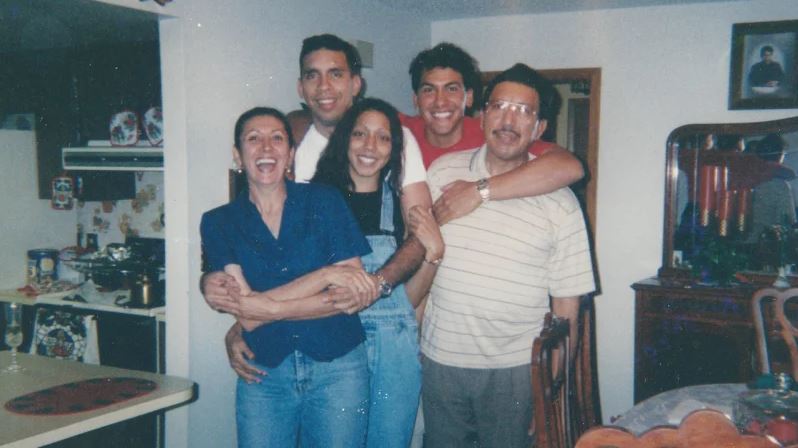 ‘Mystery on The Rooftop’ on Netflix’s ‘Unsolved Mysteries’ is not the first time Rey Rivera’s death has been brought to the attention of the public. A couple of years ago, author Mikita Brottman wrote a book about it, titled “An Unexplained Death: The True Story of a Body at the Belvedere,” and why not, after all his mysterious disappearance and death has left everyone astounded for the last 14 years.

The more you look at Rey Rivera’s alleged suicide, the more it starts looking like murder. The man was recently married, he had no mental stress, and the evidence that was left behind looked almost staged. Although a lot of people tried to close the case by just calling it a suicide, Rey’s family members are the people who never once believed that he would do such a thing. Ever.

When Rey Rivera passed away in 2006, he left behind his parents, his wife, and two siblings. His brother, though, Angel F. Rivera, was the one who caught our attention the most. Not only because he was supportive of the rest of the family, but also because he didn’t shy away from being straight and honest when he told people that there was no way that his brother would jump from the top of The Belvedere Hotel in Baltimore.

One of the theories that have been floating around Rey’s death is that he jumped from the roof of the hotel to crash into the lower roof of the conference room, where his body was found. But Angel was unconditional when he said that that’s not possible because one, to reach there without being seen was highly improbable, and two, Rey was deathly afraid of heights. Angel always suspected foul play.

For the whole family, but especially for Rey and Angel, their Puerto Rican heritage, which their mother, Maria Rivera, worked hard to instill in them, was extremely important. They respected their culture and their past and ensured that family always came first. The brothers were both creative in nature as well, so they also bonded over that aspect and became close, that is until everything changed on May 16, 2006.

Where Is Rey Rivera’s Family Now?

As far as we can tell Rey’s parents still reside in Puerto Rico, whereas, Angel Rivera is living in Orlando, Florida. Angel seems to have a family of his own now and he works as a producer to provide for them. Not only is he an On-Air Producer at iHeartMedia Inc., but he is also a Radio Presenter and Producer at Monsters in the Morning on RealRadio104.1. Along with that, Angel also has his own podcast show by the name of “What The Hell is Angel Listening to?”

The family seems to be doing good and moving on from their past and loss, but the truth of the matter remains that Rey’s absence would always bother them. The thought of Rey and the “what if’s” is perpetually at the back of their minds, especially because they still do not know what exactly happened to him and why he passed away. That’s why they’re still vocal about it. That’s why, to this date, they still search for answers. (Featured Image Credit: Netflix / Unsolved Mysteries)