Who is Rhino on The Masked Singer? Latest Clues and Guesses 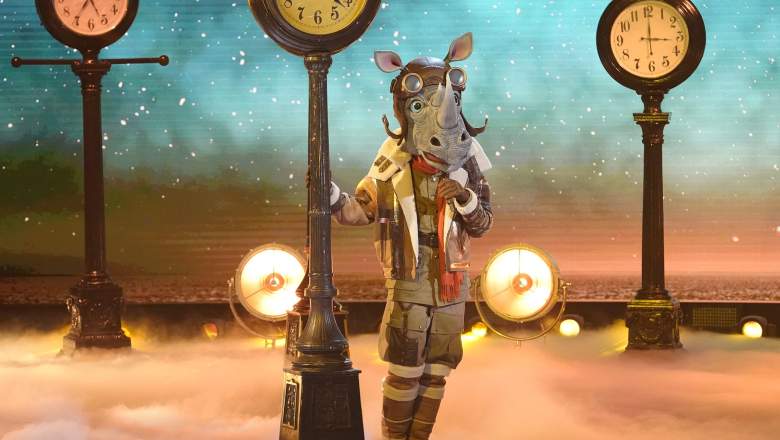 Rhino has had a stellar run in ‘The Masked Singer‘ Season 3, ever since we saw the performer in Group C. Despite raising questions about their identity initially, Rhino has managed to floor us with his voice and the old-school aviator outfit he carries effortlessly.

The Super Nine and the faceoffs have been relatively smooth sailing for Rhino, who’s made it pretty far in a competition that has some amazingly talented performers. Naturally, as the battle heats up, you might be curious to know about the clues and guesses surrounding Rhino’s identity. We have got you covered in that regard.

Rhino’s latest clue package says he loves the show, but it’s completely crazy. He goes on to describe the high stakes and high pressure that performers face, but Rhino needs some quiet in the Battle of the Sixes. There’s a zen air around him as he speaks about tranquility and serenity. Rhinos are solitary creatures, according to the contestant, and he needs his time with nature before moving forward.

The masked singer wants to spend time with nature to tap into his source of power. He speaks about his wife and kids. We see a barstool and guitar picks. After his performance, Rhino brings out the food clue, which is cheese, spaghetti, and meatballs. He says that when he’s in Rhino country, this is all he eats and asks the panelists if his name is at the tip of their tongues. Check out the clue package below.

We have maintained that Barry Zito is Rhino. The earlier clue packages have aligned perfectly with the deduction. The most recent clues also refer to the sportsman turned performer. We see guitar picks, which could be yet another reference to Zito’s ability to play the guitar.

Rhino mentions his kids for the first time in the show, and we know Zito is a father. One of the biggest giveaways has been the zen references in the package. Rhino seems to enjoy yoga as a way of calming down before the competition. Well, Zito is famous for his pre-game yoga ritual. Furthermore, the barstool can refer to Zito’s appearance on the Barstool Sports podcast in 2019.

The clue about the food could hint at Rhino’s Italian nationality. Notably, Zito has had the honor of being inducted into the National Italian American Sports Hall of Fame in 2017. All the clues line up so perfectly that in a strange turn of events, panelist McCarthy has made a correct guess about who is behind the Rhino mask.

The netizens have agreed as well, and you can check out a tweet below, where a fan questions how Jenny did not guess Zito from any of the previous packages but seemingly plucked the name out of thin air.

Masked Singer judges haven’t come close to guessing Barry Zito as Rhino for weeks but all of a sudden Jenny McCarthy randomly pulls the right answer out of her anus. Hmmmm 🤔 #MaskedSinger

All that said and done, there is a good chance that Rhino will be eliminated in the upcoming round. Therefore, we will get to know for sure which celebrity is wearing the outfit.