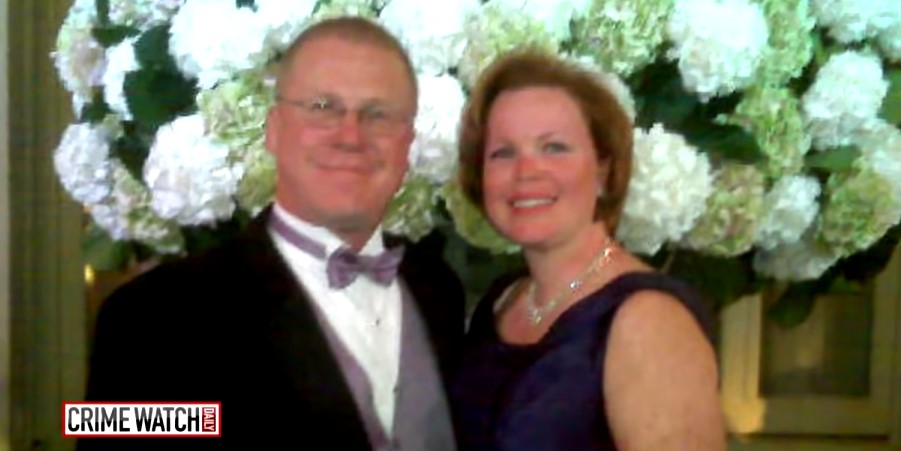 When loving father Richard Schoeck was murdered in a secluded park on Valentine’s Day in 2010, his family was devastated. What seemed like a random killing soon turned out to be a cold-blooded plot to kill Richard. NBC’s ‘Dateline: A Perfect Spot’ brings to the viewers how bank and phone records were instrumental in uncovering a murder-for-hire scheme that led to Richard’s death. So, let’s find out more about this case then, shall we?

How Did Richard Schoeck Die?

Richard was born in June 1963 in New Jersey. At the time of the incident, the 45-year-old was married to Stacey Schoeck. By all accounts, Richard was a stand-up guy. He loved the outdoors, was interested in painting, and was a hot air balloon pilot. Richard had also adopted Stacey’s sons. The family lived in Georgia. On February 14, 2010, the couple had plans and were going to exchange Valentine’s Day gifts at a local park. But that night took a fatal turn for Richard.

On that evening, Richard had been making dinner for Stacey and her grandparents. Stacey asked him to go to the park before her because she was held up at work. But when she got there, Richard was already dead. He was shot six times: thrice in the chest, twice in the head, and once in the hand. Robbery was ruled out as a motive right away because Richard still had his wallet, watch, and ring with him. His car was still present at the scene. Stacey called 911 right away.

The authorities didn’t have a lot of physical evidence at the scene apart from an unknown set of tire treads. But finding a set of tires that matched those treads would prove to be a difficult task. When questioned, Stacey made a startling confession. She told the police that she was having an affair with a man named Juan Reyes. The authorities explored the angle of a jealous boyfriend but ruled that out because Juan’s alibi checked out.

Just as the case stalled, the police received a tip from the clinic where Stacey worked. The IT technician reported unusual activity on Stacey’s emails, leading them to look into it. They discovered that she had transferred money in two installments to a woman named Lynitra Ross, who also worked at the same clinic. Lynitra was renting a home from Stacey, and when asked about the money, she claimed it was for house repairs.

Stacey’s grandparents’ car was also found at Lynitra’s home, and its tire treads matched the ones found at the murder scene. Now, the police looked into phone records. They decided to get the data from the phone tower that serviced the area where the crime scene was located. This included all the phone calls made along with the date and time. While looking for a needle in a haystack, the authorities decided to cross-reference the numbers with Stacey’s contact list.

This paid dividends as they zeroed down on a call made around the time of Richard’s murder. That number belonged to Reginald Coleman, also known as “Mr. Results.” His contact was saved on Stacey’s phone. Another connection became apparent when they realized that Reginald called Lynitra and that he was her boyfriend. Text messages exchanged between Lynitra and Stacey around the time of the murder showed that Lynitra confirmed Richard’s death through a coded message.

While the investigation revealed a murder-for-hire plot seemingly orchestrated by Stacey, the motive remained elusive. All three of them were arrested, and Stacey began to talk. She believed that Richard was molesting her sons, but in the end, that turned out to be false. Stacey confided in Lynitra about the abuse and told her that she wanted to have Richard killed. At this point, Lynitra suggested Reginald’s name, saying that he made money “on the side” doing such jobs.

Further investigation revealed that Lynitra and Stacey met with Reginald at his apartment less than a month before the murder to discuss the plot. It was agreed that Reginald would receive $10,000 and Stacey’s grandparents’ car while Lynitra would continue to live rent-free at one of Stacey’s properties. They also checked the park out before the murder.

Where is Reginald Coleman Now?

After their arrests, Lynitra claimed to be innocent, while Reginald denied everything. However, Stacey confessed and agreed to testify against Lynitra. While Lynitra went to trial, both Stacey and Reginald pleaded guilty to malice murder. Reginald pled out in November 2012 and was sentenced to life in prison without the possibility of parole. As per prison records, Reginald remains incarcerated at Smith State Prison in Glennville, Georgia.