Who is the Richest Cast Member of The Real Housewives of Orange County? 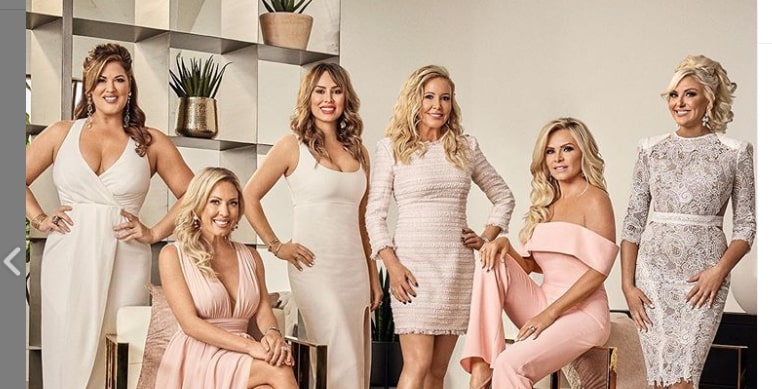 Bravo’s popular reality series ‘The Real Housewives of Orange County’ is one of the oldest and the longest-running show of the franchise. Having debuted in 2006, the show has given its followers 14 seasons to binge-watch. Call it a guilty pleasure or a fascinating curiosity for the rich; fans have always loved to witness the drama and thrill of these women’s lavish lifestyles. They have often wondered how rich do these housewives have to be to afford all those luxuries, and here is the answer!

Emily’s features on seasons of RHOC are not the only thing that keeps her financially comfortable. Her job as a well-accomplished attorney and part-time party planner earns her quite a huge amount of income. Her husband, too, is a successful lawyer who earns really well by practicing in California. She initially belonged to a humble family in Ohio but later went on to become one of the most successful and respected professionals in her area. Although her RHOC salary is lower as compared to her co-stars with approximately $100,000 per season, she has managed to maintain a good net worth by working for a national law firm and organizing parties with her sister-in-law. Emily has also been featured in various magazines and taken a sizable amount home for her appearances. As of 2020, Emily Simpson’s net worth is close to $900,000.

Born in New York, Gina gained popularity by appearing on RHOC season 13. She had been a flight attendant and executive assistant before she stepped into reality TV fame. She has also appeared on some episodes of ‘Watch What Happens: Live’. Boasting thousands of followers, Gina is also an Instagram influencer. She recently split up with her ex-husband and had been legally battling him for child support money. They also sold their house for about $700,000. So her entire net worth has come from the divorce settlements, the casting salaries of RHOC, and the paid endorsements on Instagram. According to reports, she had been paid $20,000 per episode of RHOC. Her sponsorships on social media pay her an extra $10,000 every month. As of 2020, Gina Kirschenheiter’s net worth is close to $1 million.

The RHOC star, who has been married three times, is not only a TV reality personality but also a professional fitness coach and entrepreneur. Tamra shot to fame through RHOC and managed to win the Telly Award twice! Before appearing on television, she worked in the real estate sector. She even opened up her own gym, which she manages as well as trains clients at. Tamra featured in various films and shows like ‘Lopez Tonight’, ‘Who Wants To Be A Millionaire’, and ‘Tamra’s OC Wedding’. For her RHOC casting, she was paid close to $335,000 per season. Her over 1 million followers on Instagram help her generate a few thousand dollars every month as well! She is currently living with her Mexican-American husband in a posh neighborhood. As of 2020, Tamra Judge’s net worth is close to $2 million.

Braunwyn is one of the newest cast members of RHOC who was seen in the show’s 14th season. According to reports, she was paid about $60,000 for the season. In addition to her reality TV money, she also earns by running a blog on motherhood, pregnancies, kids, parenting tips, and travel. A full-time stay-at-home mother to seven children, she is married to the CEO of ChannelStars, Sean. Her millionaire status is shared by her husband, and that probably explains her high net worth. After gaining fame from RHOC and with over 50,000 followers, she became a social media influencer and a fashion icon. She has been earning big bucks through sponsored Instagram posts. In addition to living a luxurious life in a huge house, she also owns a condo, which she claims is a love shack. As of 2020, Braunwyn Windham-Burke’s net worth is estimated to be $3 million.

One of the most controversial housewives of the cast, Kelly’s millionaire status comes from a variety of sources. Her divorce with businessman ex-husband, Michael, landed her a substantial settlement which included the sale of their $5 million mansion. She is currently the COO of a compact makeup mirror line called Kiss Me Mirrors. Coming from a Latin-American linage from Mexico, she has been a stay-at-home mom for a long time now. She is currently engaged to reporter Rick Leventhal. She has also reportedly been earning more than $150,000 per season of RHOC. As of 2020, Kelly Dodd’s net worth is estimated to be $10 million.

The richest housewife, Shannon’s big fat income doesn’t only come from her RHOC salary but also through her business, which caters to a line of frozen meals. Her innumerable commercials, endorsement deals, and the sponsorship with NBC Universal are also a few sources of those big fat paychecks. Surprisingly, she earned $900,000 for the recent seasons of RHOC. Her net worth also rose drastically due to her divorce settlement with her ex-husband. Her ex-husband is the owner of a highly successful construction company. In the settlement, Shannon received $1.4 million in cash and $10,000 per month for child and spousal support. And let’s not forget the division of assets! As of 2020, Shannon Storms Beador’s net worth is estimated to be $20 million.