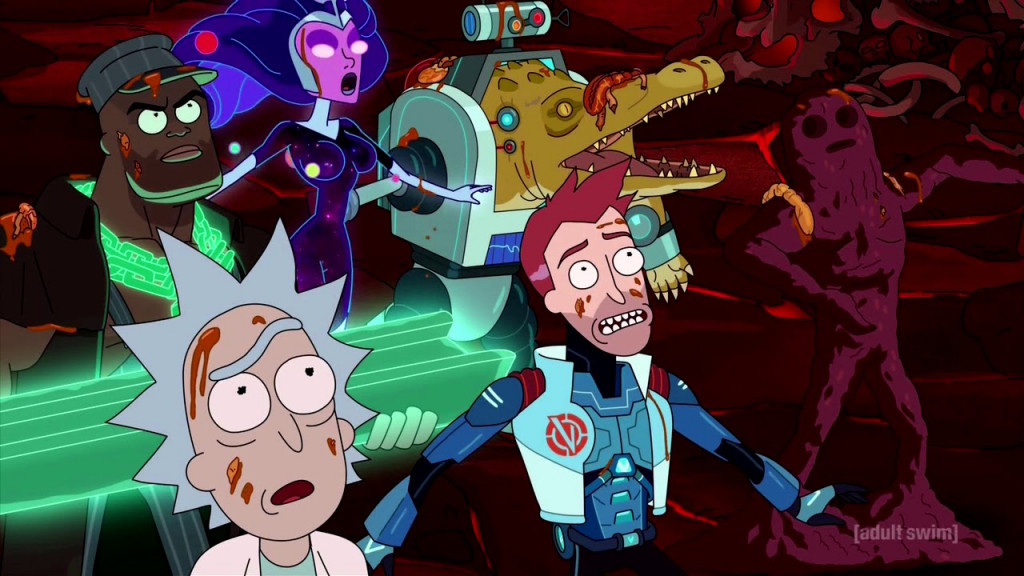 I term it ‘The Dark Knight’ effect, wherein a follow-up to something that is considered a ridiculously high benchmark ends up suffering the brunt of being regular, or substandard, or basically not meeting the high expectations of viewers set by its predecessor. For regular shows, episodes like ‘Pickle Rick’ are a rarity: a season highlight, often even the finale or a standout episode. However, things are bound to be shaken up when we talk about ‘Rick and Morty’, where ‘Pickle Rick’ was only the third episode, and the other two standouts are not the finale or the pre-finale, but the premiere and the seventh episode.

As for this episode, a curiously funny thing about this episode is its title, ‘Vindicators 3’, seeing as though there hasn’t been a ‘Vindicators 1’ episode until now, with the Vindicators barely receiving a mention in Season 1. To add to the funny, it is revealed during the episode that the Vindicators did assemble a second time to face Doomnomitron, but did not invite Rick and Morty for the mission due to “personality conflicts”. However, Rick and Morty makers have got us covered since soon after, a comic book titled ‘The Vindicators’ was released for fans, along with a video that the makers put out about Worldender, and how big of a threat he is. Not going to lie, they had me with that one, hilariously so. Onwards to the plot now. 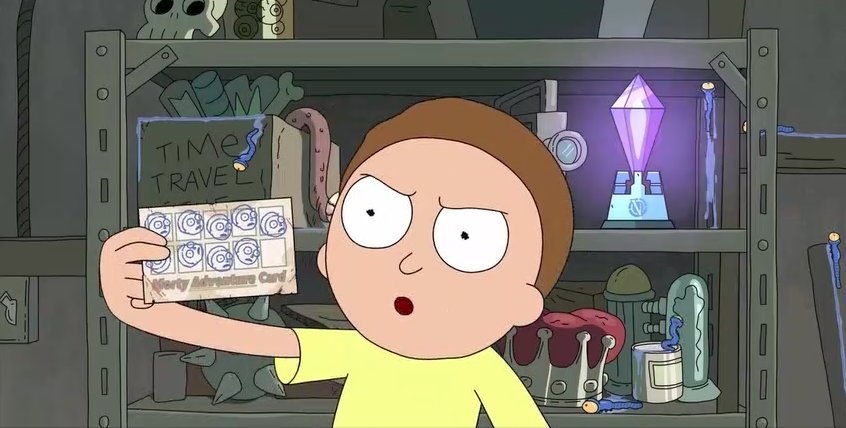 Rick and Morty are in their garage at home collecting alien worms that Rick states would mean the end of the world if their DNA found its way into the planet’s foodchain, right when the two receive a beacon for help from the ‘Vindibeacon’. While Rick is immediately in disdain about the entire concept of superheroes to begin with, Morty is thrilled and revokes his right to choose one in every ten RnM adventures to take Rick on this one. Just when they are about to leave, a bird picks up one of the alien worms trying to escape: a serious ‘uh-oh’ moment that may or may not have any implications on future episodes.

Cut to the base of the Vindicators, who are a team of inter-galactic superheroes tasked with keeping peace across the galaxy. The group includes Supernova, a celestial being with her powers stemming from, well, it’s in her name, Crocubot, a crocodile-robot hybrid, Alan Rails, who has a tragic history and the power to summon ghost trains, Million Ants, who is literally a million ants put together in the shape of a human, and finally Vance Maximus, renegade star soldier. As you would have already guessed, several of them are hilarious twists on DC and Marvel superheroes. 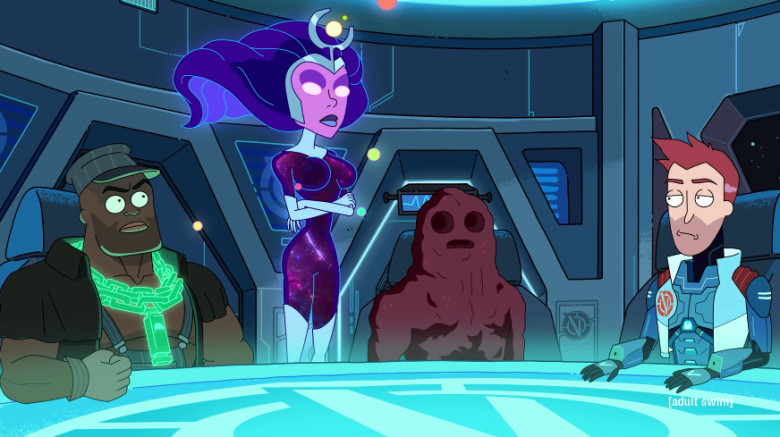 The episode also introduces one of the most memorable characters from the show, Noob Noob, the Vindicators’ intern cum janitor, who is highly appreciative of Rick’s sense of humour and immediately gains Rick’s rare affection. After the team chart out a plan to face Worldender, there is visible tension between Rick and Morty, with the former seemingly jealous of Morty’s appreciation of the superheroes and in utter disdain of them, while the latter only looking to enjoy himself on the adventure, beaming and wide-eyed at his superhero idols. The two have a discord, and Rick decides to go off drinking in the night.

The next morning, the Vindicators find him sick and unconscious from drinking too much last night and while they wake him up and get him in rider for the mission, Maximus hands over a Vindicators jacket to Morty. While in Worldender’s lair, the team discovers that Rick sabotaged their mission while drunk, brutally killing Worldender and placing a series of booby traps in the lair, meant to expose the hypocrisy and the shallowness of the ones Morty considered his superheroes.

Distrust and revelations of dark secrets prevail, as the team members die one by one trying to solve Rick’s puzzles, while Morty seems to know the solutions to them, claiming to be a drunk Rick expert. Among the surviving three, Supernova’s and Million Ant’s infidelity is exposed as the latter goes on to kill Alan Rails, and Supernova double crosses Million Ants and kills him. Morty solves the last puzzle, wherein Rick asks for the one thing the Vindicators had that he never could and the one thing that was of any value to him, thinking it to be himself. In probably the most hilariously WTF moment from this episode, it is revealed that Rick meant all of that for Noob Noob, as a disheartened Morty returns and Supernova tries to kill them both.

The trio of survivors from the fiasco are transported to a party drunk Rick set up, allowing Supernova to escape. The episode ends with rapper Logic appreciating Noob Noob in his rap, while Rick surprisingly questions who the F**k Noob Noob was, obviously implying that he did not remember him after last night’s drunken escapades, wherein he killed a galactic threat and set traps to decimate a group of intergalactic superheroes. 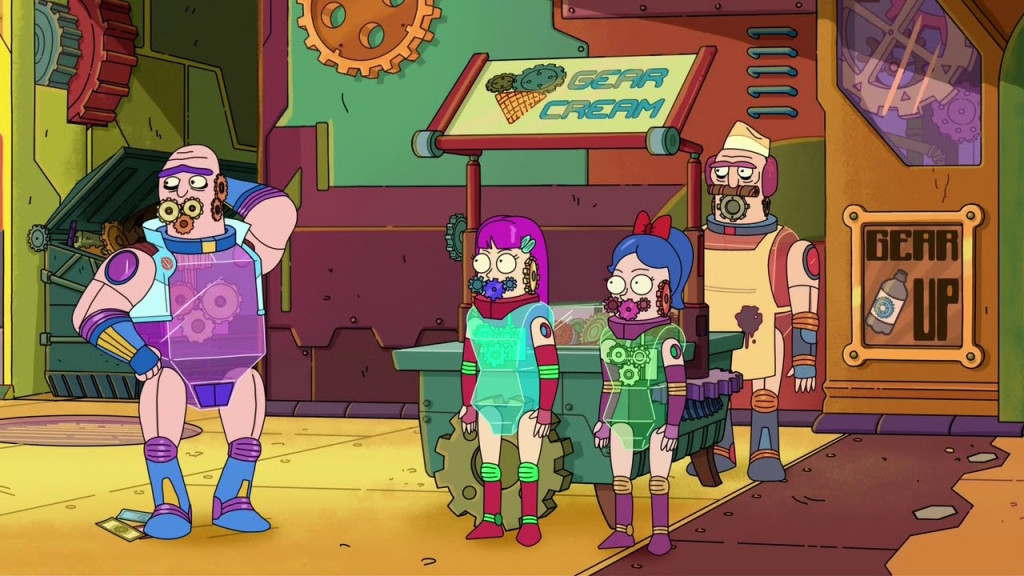 A purely humorous bout with little consequence. Gearhead tries to use Morty’s discarded Vindicators jacket to pick up some young girls at Rick’s party, but when an alien threat attack, he is quick to escape. Shortly, he trips and falls over a pile of gears and is immediately dismantled. 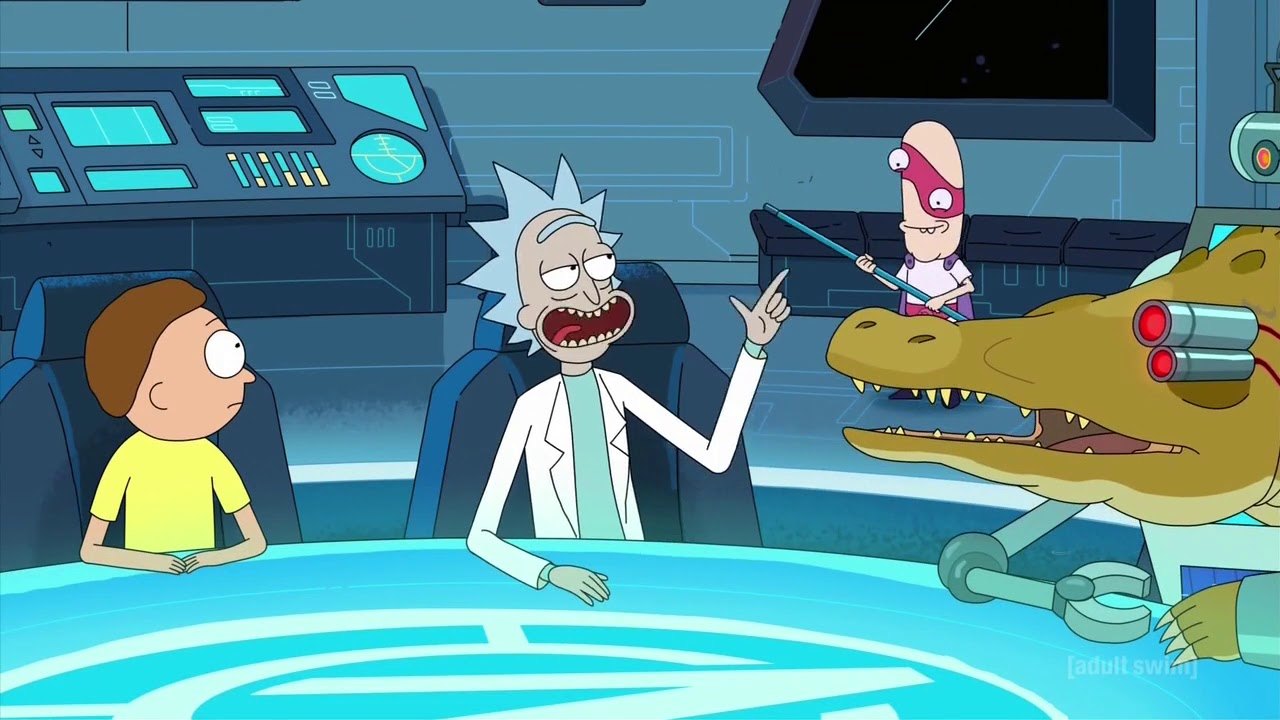 When it comes to rating ‘Rick and Morty’ episodes, the standards are pretty different, and ‘Vindicators 3: The Return of Worldender’, while being a pretty regular episode for all standards, mostly entertaining throughout, would land up somewhere near the bottom when it comes to ranking out all of the episodes of the series, courtesy of consistently high quality. The reason I stated the theory first was to analyse that what leads to the episode being considered substandard, atleast in my opinion, is both a different yardstick for measuring “standard”, and being a follow up to one of the best Rick and Morty episodes ever, not that there are a whole lot of them in all to begin with. Boy, we viewers and fans are an impatient and unsatiated breed, we are.