When Does Rick and Morty Season 4 Episode 2 Come Out? 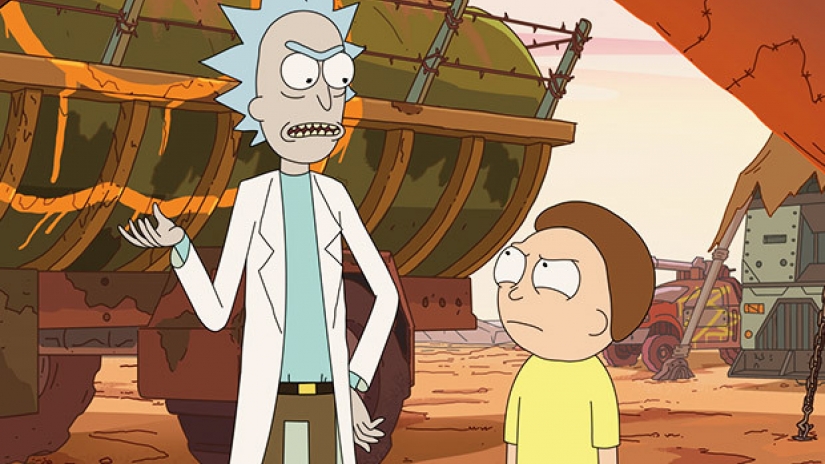 ‘Rick and Morty’, simply put, is an ineffable show. It deals with aspects of existentialism and has been touted as a detailed look at nihilism. We are introduced to characters who have to face the cosmic terror of the meaninglessness of their own existence, as they seem to live in a universe where the concept of a higher power does not exist. As a reaction to this cosmic terror, some individuals act out and go on maddening adventures, trying to fill some lack, while others remain blissfully unaware, choosing to ignore the potential enormity of cosmic terror itself.

The show, as we all know, has set new benchmarks in storytelling. After three successful seasons, that were appreciated by both critics and audiences, season 4 made its way to tv screens on November 10, 2019 (Read the review of the premiere episode right here.) Now, in case, you were wondering when will episode 2 come out and where can you watch it, we have you covered. Read on.

Rick and Morty Season 4 Episode 2 Release Date: When Will it Premiere?

‘Rick and Morty’ Season 4 Episode 2 has been titled “The Old Man and the Seat”. The official description of the episode goes thus, “We all have one thing in common broh. I don’t know broh. Watch this one.” Not much else is known about it at the moment. However, we can tell you that the episode will air on November 17, 2019, at 11:30 p.m. ET on Adult Swim.

Notably, Season 4 will have 10 episodes, with five airing this year itself. Episode 5 will air on December 8, 2019, before ‘Rick and Morty’ takes a break for the holiday season. The remaining episodes will air in 2020.

Where to Watch Rick and Morty Season 4 Episode 2 Online?

If you are wondering where to stream ‘Rick and Morty’ Season 4 Episode 2 online, we have you covered. It is an Adult Swim show, meaning you can check out the episode on the channel. Alternately, you can check out the latest episode on its website or app. Naturally, you must be subscribed to it, in order to access it. However, Adult Swim has been sometimes known to pull off stunts like organizing free streamings, in order to draw more attention to bigger shows. Since ‘Rick and Morty’ is their biggest series, viewers might catch the free streams if they are lucky.

Alternately, you can head to Hulu and stream ‘Rick and Morty’ Season 4 Episode 2. However, you need to have Hulu Live TV to avail of this opportunity. Sling TV, AT&T TV Now, FuboTV and YouTube TV are also viable options to watch the latest episodes of the show. Notably, some of these services have free trial periods, so you can use those. However, you must remember to cancel them, so you are not charged once the trial period is over. If you want a more complete guide about where to stream ‘Rick and Morty’ Season 4, you can read it here.

The first episode of ‘Rick and Morty’ Season 4 has been titled “Edge of Tomorty: Rick Die Repeat”. It sees Rick and Morty off on a new adventure to collect death crystals from a distant planet. However, Rick realizes that he now needs to get Morty’s consent before dragging him off to potentially deadly adventures. The death crystals allow people to see how they will die, but their actions during their lifetime can change the outcome of the crystals. Morty sees himself dying with his beloved Jessica when he is old.

The vision possesses Morty, who is fixated upon making sure that nothing messes up the future. However, he steals one of the crystals and accidentally kills Rick, further refusing to clone his grandfather back to existence. However, Rick’s emergency protocol, ‘Operation Phoenix’, is successful in cloning Rick, but in a fascist dystopia. Rick dies a couple of times in the first episode, which lives up to the title. He keeps coming back, in a fascist shrimp-people world, and one where there are fascist teddy bears. By the fourth rebirth, he is out of the fascist nightmare and is born as wasp-people.

Meanwhile, Morty’s adventure with the crystal lands him in trouble with the law, but he beats the case. Moreover, when Jessica, in the present, invites Morty to go skinny dipping with her, he refuses, for fear it will jeopardize their future together. He is so caught up in the idea of having Jessica in the future that he does not appreciate her in the present. He also manages to transform himself into a massive entity of darkness.

Rick manages to save the day as the wasp-person, a hologram, and his original self. Finally, Rick and Morty come to an understanding that sometimes they will embark on mad adventures, while at other times, they might not do anything at all.