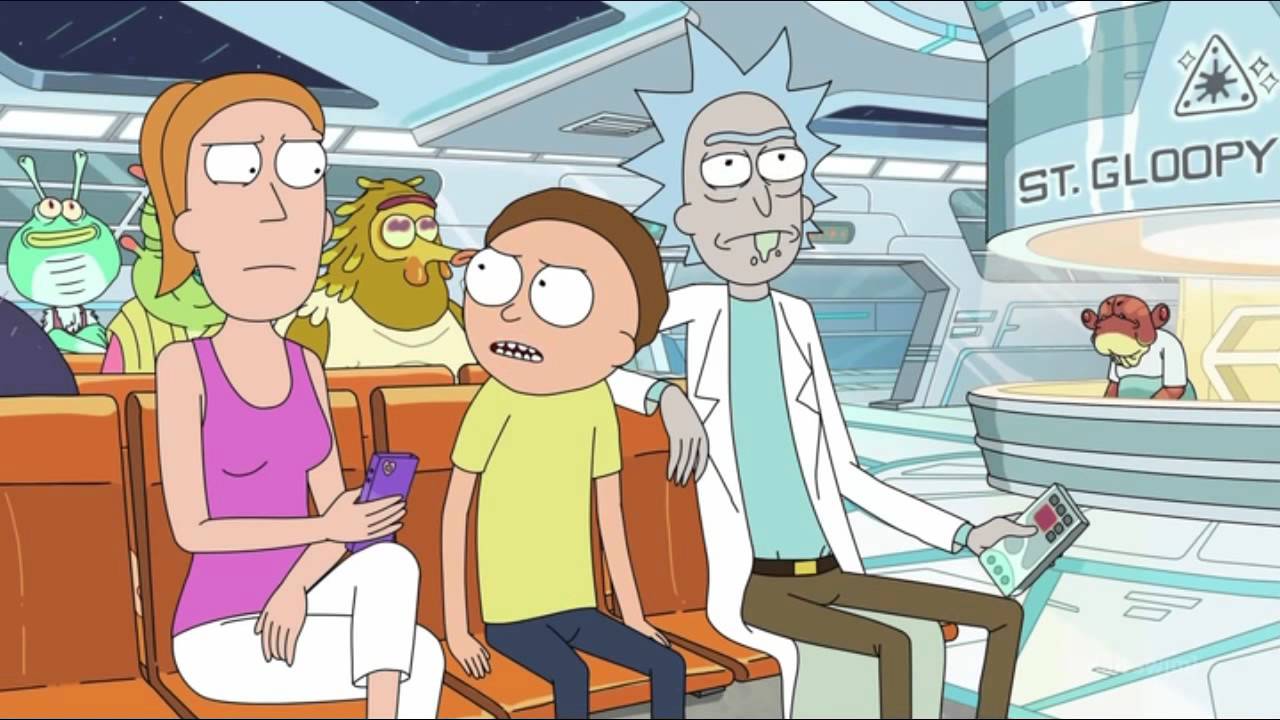 ‘Rick and Morty‘ returned from its mid-season break with a glorious, fanbase-taunting episode with the sixth installment of the fourth season. However, if the past trend of the fourth season of the science-fiction show is to be considered, the seventh episode would be a relatively straightforward one. Yet, the first half of the fourth season also proved how the Adult Swim series has tended to fall into a pattern of a great episode followed by mediocre or underwhelming one.

The seventh episode begins with Rick and Morty walking with an extra-terrestrial creature tied to their face. Morty recovers from a seeming trance after an arm of his mask gets scratched off by a stalactite. He helps Rick take off his mask, and Rick shoots their living masks off after “waking up.” The duo soon realizes that they are on a planet filled with creatures who are in the control of the face-mask parasite. The duo tapes their dead masks to their faces to blend in. 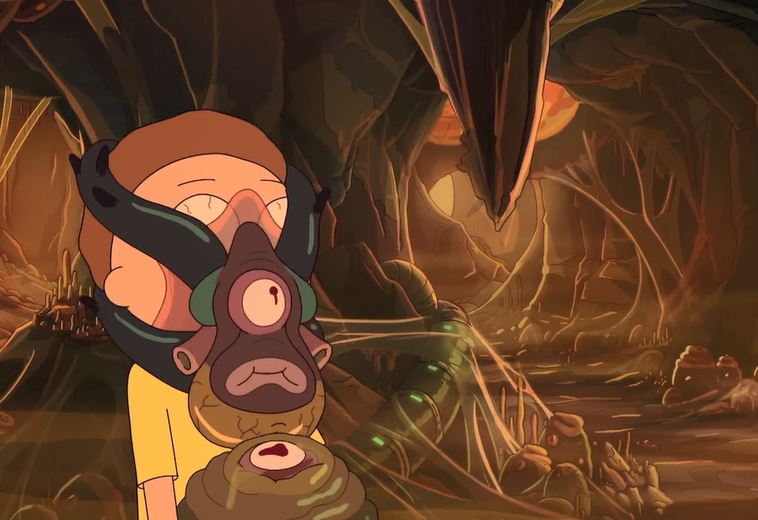 Morty, it turns out, is famous on the planet, which is known as Glorzo. Everyone at Glorzo dies when the parasite mask reproduces, and the “host” gives birth by excreting the egg out: a process that kills it (the host). Morty had been ordering a few people to construct something connected to his and Rick’s spaceship. Morty’s mask falls off. He and Rick run to the spaceship to escape.

They begin shooting everyone who tries to stop them and start having fun doing so. They destroy the city and almost destroy a couple of twin towers (9/11 reference).  When they return home, Beth reminds them that Summer had also accompanied the two. The two return to the planet. Rick has designed an “unnecessarily bad-ass suit,” which they use to kill the creatures on the planet. Then, they find out that Summer has been living like a regal princess.

Flashback: Summer, Morty, and Rick are in the spaceship. Summer is listening to a podcast, with a toothpick in her mouth. When they reach Glorzo, the parasites attach themselves to Rick and Morty. However, the toothpick kills and prevents any parasite that attempts to attach itself to Summer.

Summer starts to convince the Glorzo residents that they do not need to die after half an hour by excreting the parasite eggs. She tells them that they can choose to live and becomes venerated. Summer tells Morty (who is referred to as “Steve” since his parasite, who is the one in control, is Steve) that she wants her brother back. “Steve” goes to tell Rick (“Bruce” is his parasite) what Summer told him. Steve and Bruce express their love to each other and make out. Then, the opening scene of the episode takes place, and Summer quits narrating the story.

Back in the present, Summer announces to the Glorzo council that Rick and Morty’s punishment should be death by placing them in their spaceship. She tells the council that she would accompany them to ensure the punishment is carried out. One of the Glorzians figures out that the three are trying to escape, and all the others start to attack them. Rick orders Morty to execute plan B: play harmonica, which leads to all the Glorzians to excrete an egg and die. The three escape.

Back at home, Morty’s stomach growls, and so does Rick’s. The two fear they are going to die and lie down on the floor of the living room. It turns out that the two had just wanted to excrete regular feces.

‘Rick and Morty’ manages to break free from its alternating trend, which was discussed before the recap. The seventh episode is a straightforward one,  but definitely entertaining. The writers seem to have figured out the perfect balance of letting viewers breathe in the outlandish comedy and a twisty narrative. Yet, ‘Promortyrus’ is by no stretch of the imagination, an unwittty episode.

Firstly, there is an obvious commentary on American foreign policy. The episode depicts the three protagonists judging the Glorzian society to be regressive. Summer even tries to change the way that the Glorzian society functions, acting like a burdened white man who feels like a messiah. However, that doesn’t yield the most ideal result. Moreover, the segment where Rick and Morty consider destroying the twin towers at Glorzo proves to be a smart “reverse reference.”

Apart from the duo’s enjoyment of violence, their incestuous, parasitic sexual scene proves to be another “memorable” incident. It is disturbingly funny, exactly what the animated sci-fi series is characterized by.